We're happy to welcome two new rock stars to our family: Rob Fuller aka mubix and Chris Gates aka carnal0wnage are joining our professional services team to conduct penetration tests for Rapid7 customers.

Rob has joins us from Applied Security, where he worked as a Network Attack Operator, a Penetration Tester for the Department of Defense, a Senior Incident Response Analyst for the Department of State and multiple Information Security Positions in the United States Marine Corps. During his service in the United States Marine Corps he was a team lead for the Marine Corps' Incident Response Team and a Security Test Engineer for the Marine Corps' R&#38;D section. He has extensive experience in full-scope penetration testing, Web application assessments, wireless security, incident response, and related development. Many of you will know Rob from his blog at Room362.com, his twitter handle mubix and from conferences, including US Naval Academy, DojoCon, and RSS, where he often features as a speaker.

I asked Rob why he decided to join our team. Here's what he said:

“Why I joined isn't the right question. Why I know that I will be with Rapid7 for as long as they'll have me is because Rapid7 is the type of company everyone wants to work for. Before the Metasploit acquisition, all I heard about Rapid7 was that they had a very aggressive sales team, but then I started hearing a lot of good things from both the old and new Metasploit team. After interviewing at the Rapid7 Boston office, I still hesitated to join. This all changed in my first week on the job. The Rapid7 sales team is by far the most driven, fun-loving, team-oriented and competitive group of people I have met. I can't describe the PSO management without going into awkward family analogies, but Patty Wright, Abby Mulligan, and Jack Daniel are amazing, top-tier leaders. It's not every day that your C-level executive team can root your box.” 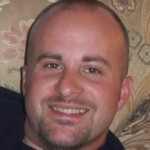 A few weeks after Rob, Chris joined our team. Chris led the Network Attack Team at Applied Security and has extensive experience in network and web application penetration testing as well as other Information Operations experience working as an operator for a DOD Red Team and other Full Scope penetration testing teams.

Many of you will know Chris as a member of the Metasploit Project and Attack Research, or from his social media activities through his blog carnal0wnage.attackresearch.com and his Twitter handle carnal0wnage. Chris recently spoke at AppSec DC 2010, and has previously spoken at Brucon, BlackHat USA, Defcon 17, CSI 2009, SOURCE Boston, NotACon, Toorcon, and ChicagoCon.

Make sure you catch Chris at his next talk "Attacking Oracle Web Applications with Metasploit" at BlackHat DC in January 2011 and Troopers 11 in March 2011.