Pentest Web Servers You Didn't Know You Had 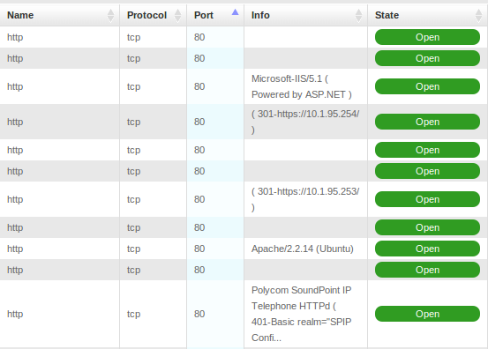 Most tools for web application security testing have the approach of going deep into an application to uncover issues inside a single web application. There's nothing wrong with this approach if you want to do a deep dive into one specific web application, especially if it is a major application exposed on the Web. The other approach is to see what web servers are running on a network and seeing if they can be exploited with quick and scalable testing. This is the approach Metasploit Pro takes.

When conducting a penetration test, especially an internal one, a web app scan with Metasploit Pro will reveal a lot of web servers you didn't know you had. In a quick scan on a sample network with 78 hosts, I found 18 hosts that were running a total of 34 HTTP/HTTPS services. That's almost half the hosts exposing a web interface. Some of these were servers, laptops, and VOIP devices, often exposing an administration interface or sometimes a rogue webserver - providing a potential way to exploit the host. Most of these would be overlooked in a dedicated web app audit that focuses only deep on one web application.

Here is how you run a Web app audit on your network:

The Web Apps feature is exclusive to Metasploit Pro. If you'd like to test drive it on your network, download your free Metasploit Pro trial today.