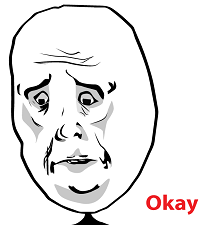 Oracle recently announced that they would provide stand alone updates in the future for Java Runtime Environment for Mac users. Many people including myself were excited when we heard the news, but..... so far this hasn't happened. Mac OS X users including yours truly are once again behind Oracle's recommended version.

The bad news is that this shows how broken Java updates are on Mac OS X. No one knows when it will get fixed. Mac users can pray that Oracle is indeed providing the patches ASAP because the next Java updates will more than likely contain security related updates.

Mac users can relax now if they are patched up to Java 6 Update 31, but this is a crazy situation that needs to be address as soon as possible.

You can visit http://www.isjavaexploitable.com to see if your plugin is exploitable.

If you have any questions on Apple related security, leave them in the comments.

A Serial Problem: Exploitation and Exposure of Java Serialized Objects