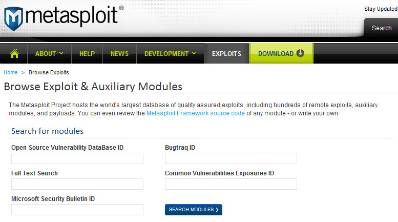 Coming from August's Java 0-day release, there are three new Java exploits among the top 10 most searched Metasploit exploits and auxiliary modules in this month's trend list. The monthly statistics are drawn from our exploit database by analyzing webserver logs of searches on metasploit.com, not through Metasploit usage which is not tracked for privacy.

Check out the top searched exploits and modules below, annotated with Tod Beardley's excellent comments: