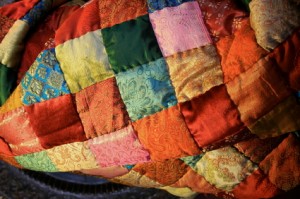 The Microsoft Security Bulletin Summary for September 2012 includes just two bulletins, both of which address vulnerabilities rated “important”. The first, MS12-061, addresses a cross site scripting vulnerability (CVE-2012-1892) that affects Microsoft Developer Tools. The second bulletin, MS12-062, addresses a reflective cross site scripting vulnerability in System Center Configuration Manager (CVE-2012-2536). Both of these vulnerabilities would result in escalation of privileges should an attacker be able to successfully exploit them.

Both of these bulletins are pretty low risk to most organizations; however, employees should never be allowed to browse the Internet or check email from servers that this software could reside on. To be able to exploit these vulnerabilities, an attacker would craft a malicious link for a victim to click on, allowing them to compromise the victim's system. It's always a good idea to educate employees/ end-users on how to spot and avoid suspect links.

While there are only two bulletins, security professionals should focus on the fact that Microsoft will be issuing an update next month (October 2012) that will deprecate the use of certificates that are less than 1024 bit encrypted. Organizations should take advantage of this light patch month so they can focus on updating their legacy certificates.

Per Microsoft, some known issues that customers may encounter after applying this update may include:

•             Difficulties installing applications that were signed with less than 1024 bit signatures (unless they were signed prior to January 1, 2010, which will not be blocked by default).