IAVA (Information Assurance Security Alert) is an alert that is generated by the DoD-CERT, part of the U.S. Cyber Command, detailing specific vulnerabilities that are believed to be relevant to the DoD. Policy dictates that these alerts are distributed to system administrators, who are then responsible for determining which assets are vulnerable and applying the relevant fixes that are associated with the vulnerability in question. It is imperative that system administrators are able to determine what assets are potentially affected when a new IAVA comes out, allowing them to determine the level of scope across their organization and begin to step through the remediation process. While the rest of the world is heavily focused on CVE's, the DoD uses IAVA's to manage vulnerability notifications. 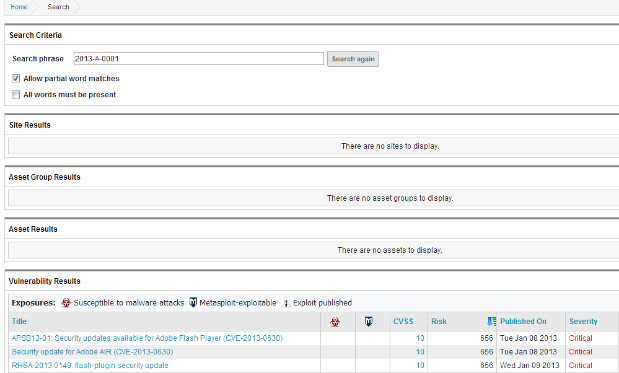 The above easily solves two major problems for you.

While the above workflow solves those core problems, it doesn't solve the biggest problem of all, as it relies on you to be looking at a specific vulnerability or know which specific IAVA id you are looking for. The biggest problem is "How can I find all the vulnerabilities within my environment associated with ANY IAVA identifier?" Luckily, Nexpose can help with this as well. 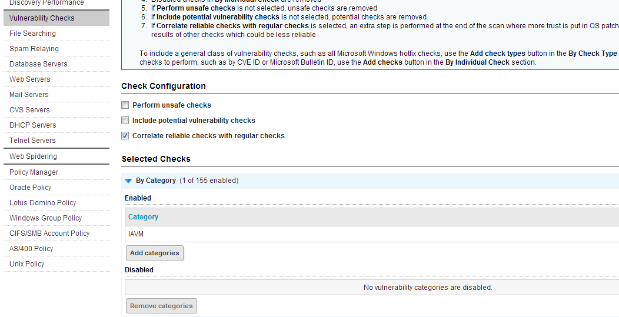 In the above example, I have added the IAVM category within my scan template. This will ensure that only vulnerabilities associated with IAVA identifiers will be included in my vulnerability scan, excluding vulnerabilities that are not. This allows you to customize your scans to focus on scanning only for specific vulnerabilities, allowing you to run scans of your environment and get the information that you need faster. 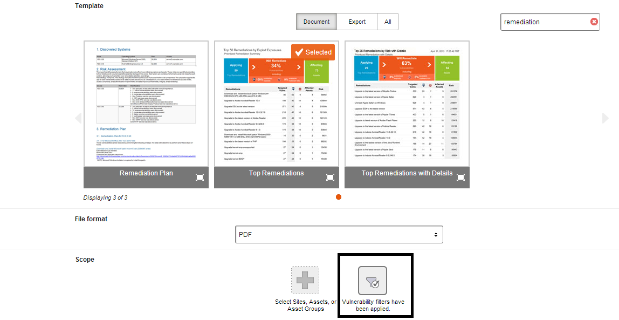 One of the options on the filter page is the ability to include or exclude a vulnerability category. In the example below, I've explicitly included the IAVM category.