In our never-ending quest to spot and expose the nastiest of the Internet, me and Mark this time incidentally stepped into a targeted attacks campaign apparently directed at a distributed and diversified base of victims. In this blog post we'll analyze two specific incidents apparently targeting victims in Vietnam and in India and we'll describe the capabilities of the custom backdoor being used that for convenience (and to our knowledge, for a lack of an existing name) we call KeyBoy, due to a string present in one of the samples.

We'll describe how the attackers operate these backdoors, provide some scripts useful to further investigate the campaign as well as meanings to detect infections or scout for additional samples.

We encountered the first document exploit called "THAM luan- GD- NCKH2.doc" a few days ago, which appears to be leveraging some vulnerabilities patched with MS12-060. When opened with a vulnerable version of Microsoft Word, the exploit will initiate the infection routine and display the legitimate document that follows: 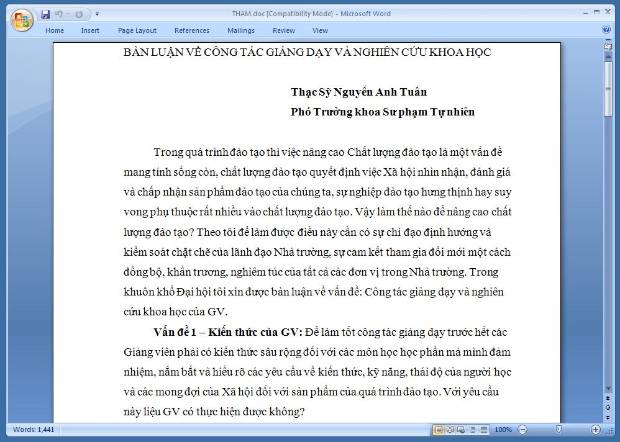 This document, written in Vietnamese, appears to be reviewing and discussing best practices for teaching and researching scientific topics. We have no knowledge on the identity of the target, but we can assume he might part of the Vietnamese academic community. The document is named to Nguyen Anh Tuan, which is presented as author of this crafted text.

Following are the hashes of the exploit file:

When executed the exploit initially creates and launches a dropper at location %Temp%\svchost.exe with the following hashes:

This payload then creates a DLL file in system32 called CREDRIVER.dll, which is in fact the actual backdoor:

We also identified another document exploiting CVE-2012-0158, but this time apparently targeting some Indian individuals. The content of the document is the following: 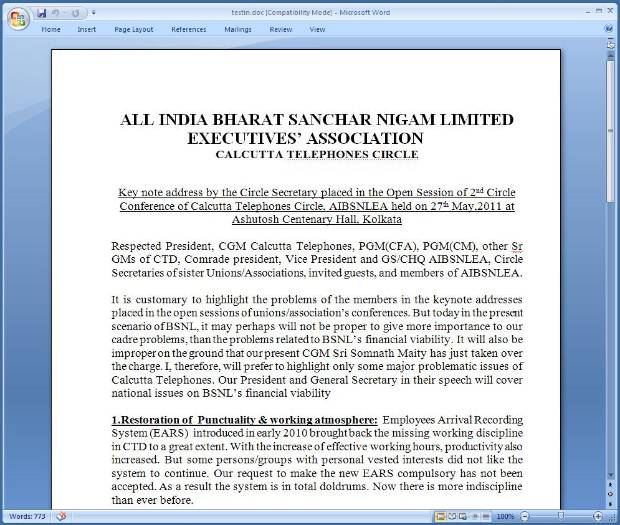 This time the bait appears to be related to the state of telecommunication infrastructure in the district of Calcutta in India, discussing the coverage of GSM networks and availability and stability of broadband connections.
Also for this intrusion we can't know the identity of the target, but our hypothesis is either someone in the telecommunications industry or a representative of the local government. In this case this crafted document pretends to be authored by someone called Amir Kumar Gupta.

All backdoors appear to be compiled on April 1st 2013, suggesting that the attacks are reasonably recent.

Analysis of the Backdoor

For the sake of this analysis we'll take the Vietnamese backdoor as an example; the one found in the Indian attack operates in the exact same way.

As mentioned, when the exploit is opened a dropper is created and launched, which then takes care of creating a Windows service called MdAdum, which is then visible in the registry as follows:

The dropper then launches the service with the DLL located at C:\WINDOWS\system32\CREDRIVER.dll and deletes itself. Resilience on the system is guaranteed by the use of such service which will be executed at every start up.

Note that the Indian attack does not make use of this middle-stage dropper, but directly installs and launches the Windows service instead.

This backdoor has several features including:

Following you can see the portion of the code where the backdoor, after having verified which version of Mozilla Firefox is installed on the system, decides which technique to use to recover the credentials from the browser's local storage. 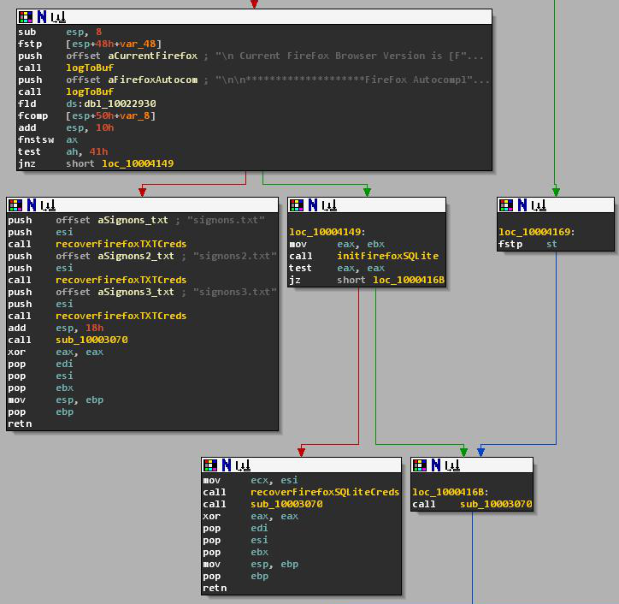 In older versions of Firefox, credentials were stored in several .txt files in %AppData%\Mozilla\Firefox, while in most recent ones they are stored in a SQLite database. In the following snipped you see the SQL statement to extract the data:

Just in the same way, the backdoor attempts to collect password autocomplete  from Internet Explorer:

The backdoor also creates a separate thread that installs a Windows hook procedure on message WH_KEYBOARD_LL, through which it can intercept keystrokes. We believe this is mainly used to intercept credentials from other browsers, specifically Google Chrome: 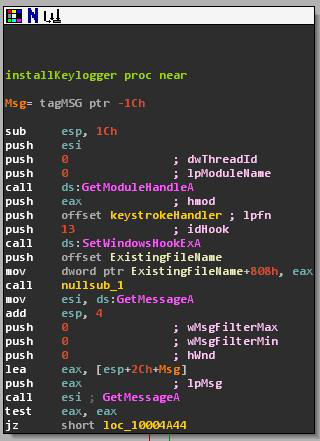 Analysis of the Protocol

The backdoor tries to contact the following domains until it gets a response from an active one:

The Indian backdoor tries to contact the following domains instead:

In the first set of domains they are either registered with Whois proxy services or with fake identities. In the second set they are making use of a dynamic DNS service by ChangeIP.com.

Following are traces collected from passive DNS data relevant to the hosts involved in these attacks:

This is an initial request that the backdoor would send out on port 443 to an active C&C:

At the time of the analysis all the C&C servers were not responding, we started reverse engineering the communication protocol and noticed that it simply used a multiply with 0x69 to encode the traffic sent to the controllers. You can easily decode the content of the payload with the following Python snippet:

The previous packet decodes to the following:

While reverse engineering the backdoor we noticed that the malware expects the following messages from the C&C server it contacts:

Intrigued by its capabilities, we started reconstructing the communication protocol and practically building a tool that would operate just like the original controller used by the attackers. The following is a preliminary Python script that implements the protocol used by the malware and allows you to interact with it:

We then launched this script and redirected the traffic coming from a system infected with KeyBoy and took control of it .

Here you can see the bot beaconing in and requiring for authentication (funny enough the password is "test", while the Indian sample uses "dns.com"):

[ ] Authenticating on the bot

When the authentication is confirmed, we are prompted with a shell through which we can interact in real-time with the bot. The messages we previously identified represent the actual commands that can be sent to the bot:

Most interestingly the command Shell spawns a Windows command shell that we can control remotely:

While the interaction with the bots could also be scripted, it might be plausible that the operators of these intrusions might be interacting with their targets exclusively manually to collect different data depending on each individual they infected and the goals they had set for the attack.

While these are clearly not widespread attacks and, as in any other targeted attack case, we should not create alarmism for threats that are likely irrelevant for the majority of organizations, we want to share a few indicators that might help identify infections or assist in further research by whoever is interested in this campaign.

Firstly, thanks to the fixed patterns used by the malware in the authentication procedure, we can detect outbound traffic from infected hosts with the following simple Snort rule:

The simplest way to identify an infection on a given Windows system, is just to look for the existence of the file C:\WINDOWS\system32\CREDRIVER.dll or of a service called MdAdum.

We also created a couple of Yara rules that you can use to scan your systems your collection of malware samples to identify copies of KeyBoy:

Not a day passes by without hearing of someone hit by a targeted attack. Recently the growth of amount and scale of targeted attacks has come to the point were they are starting to look more like opportunistic carpet bombings rather than ninja strikes. It's common to observe attacks pulled off successfully without any particular sophistication in place, including the incidents described in this post.

It's also getting quite difficult to attribute the attacks to any state-sponsored unit, both because there's a generic lack of strong evidence in such incidents (which is why we refrained from making any statement on the origin of these intrusions) but frankly also because almost anybody could operate such campaigns and be reasonably successful. The only differentiation between actors at this point exclusively relies on identifying the motivations and the context.

Beware though, just because these attacks are conceptually targeted, it doesn't necessarily mean that they should have a higher priority than any other threat on your security program. Our suggestion remains the same: identify your core assets, recognize the most impactful threats to such assets and inform and protect yourself accordingly.

This research was brought to you by Claudio Guarnieri and Mark Schloesser from Rapid7 Labs.