One year after, end of Magnificent 7 project !

It has been a year already since the start of the Magnificient 7 program !

So what happened during this year ?

We added some features to enhance your analyses such as: 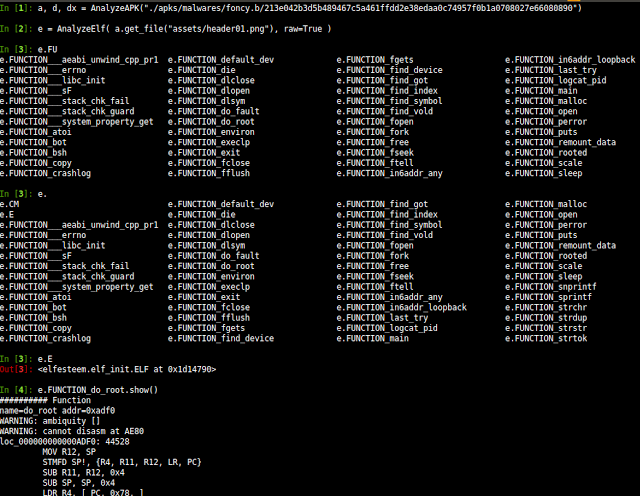 We built the DAD (DAD is A Decompiler) decompiler, which works with the dex bytecode and does not use a third party tool such as Dex2jar. It can be used with the interactive shell / the sublime text GUI or as a stand alone app.

We have also provided a plugin to have a GUI built on the Sublime Text editor:

Some other changes were done such as the algorithm used to parse a dex file, the possibility to start the disassembly at a specified offset on a file.

Want to contribute ? You can send us bug reports (or fix ! we'll accept them with pleasure :)) here.
You can also submit your scripts to the community !

Thanks to Rapid7 and their Magnificent7 program. We really appreciate to see a company support open-source security software !