Like the rest of the information security industry, we're buttoning down for the annual pilgramage to Vegas next week. This means collecting up all our new community-sourced swag, finishing up training and presentation material, figuring out what the heck to do with our phones to avoid casual ownage, and test driving our new Chromebook builds of Metasploit Pro. They're pretty sweet. The latest update for ARM-arch Kali should run without a problem on a SD Card-installed Chromebook alternate OS, as seen here: 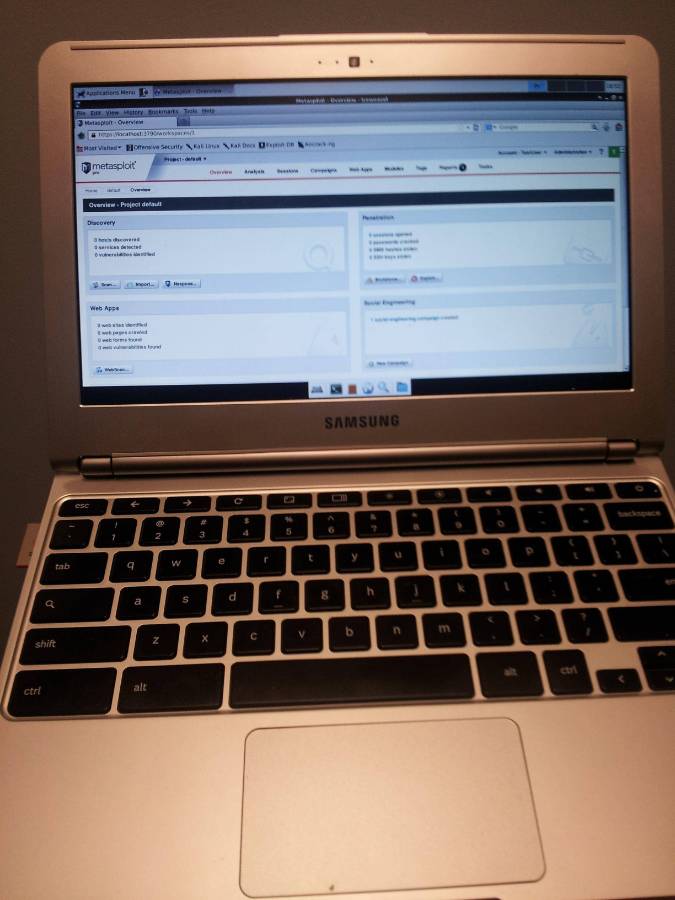 This just in: Metasploit Pro is known to successfully pop shells from a Galaxy Tab, as well -- this photo courtesy of Mati "muts" Aharoni of Offensive Security: 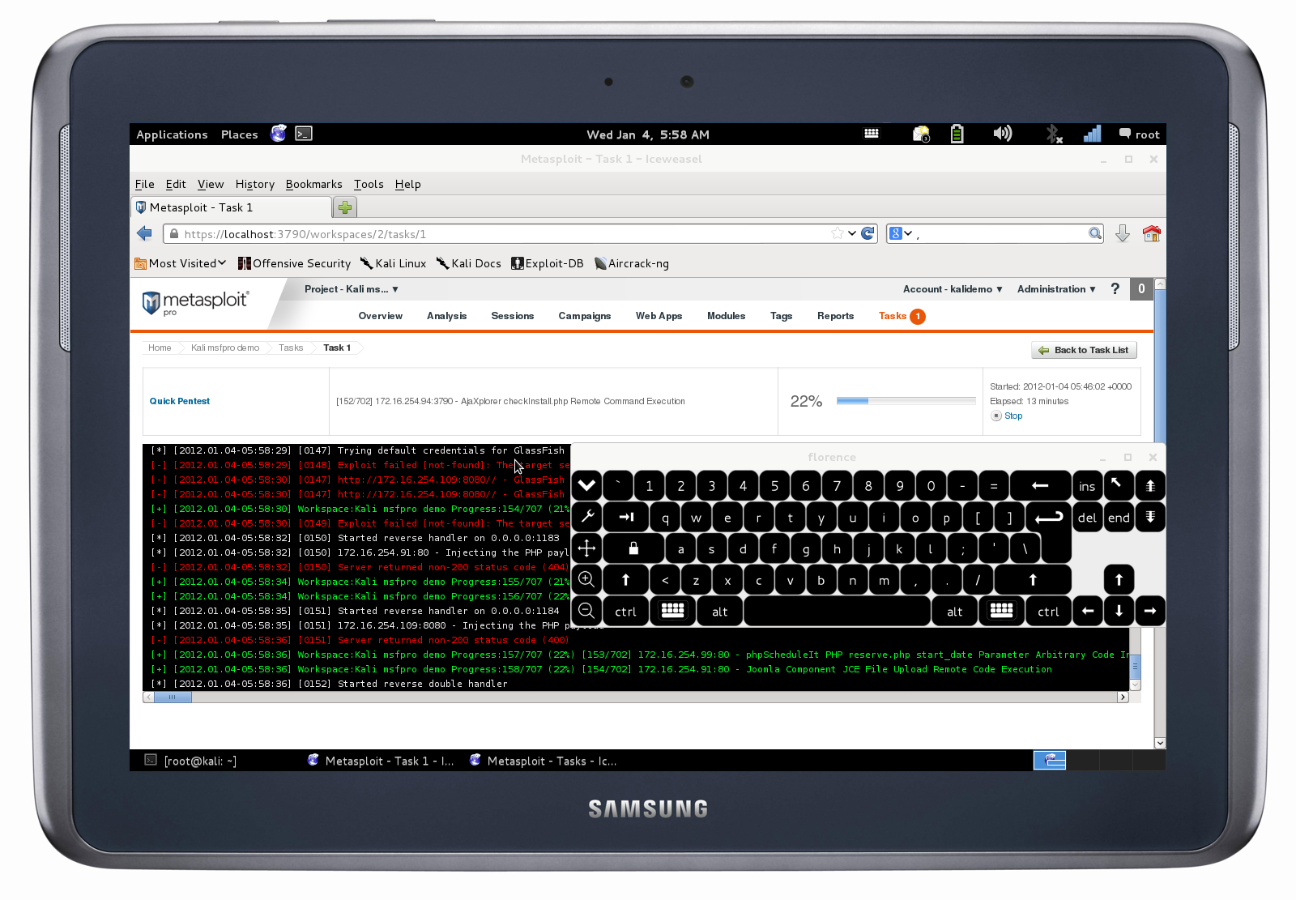 While the technical work is impressive by itself, the decals that Lance @lsanchez-r7 Sanchez cooked up pretty much steal the show: 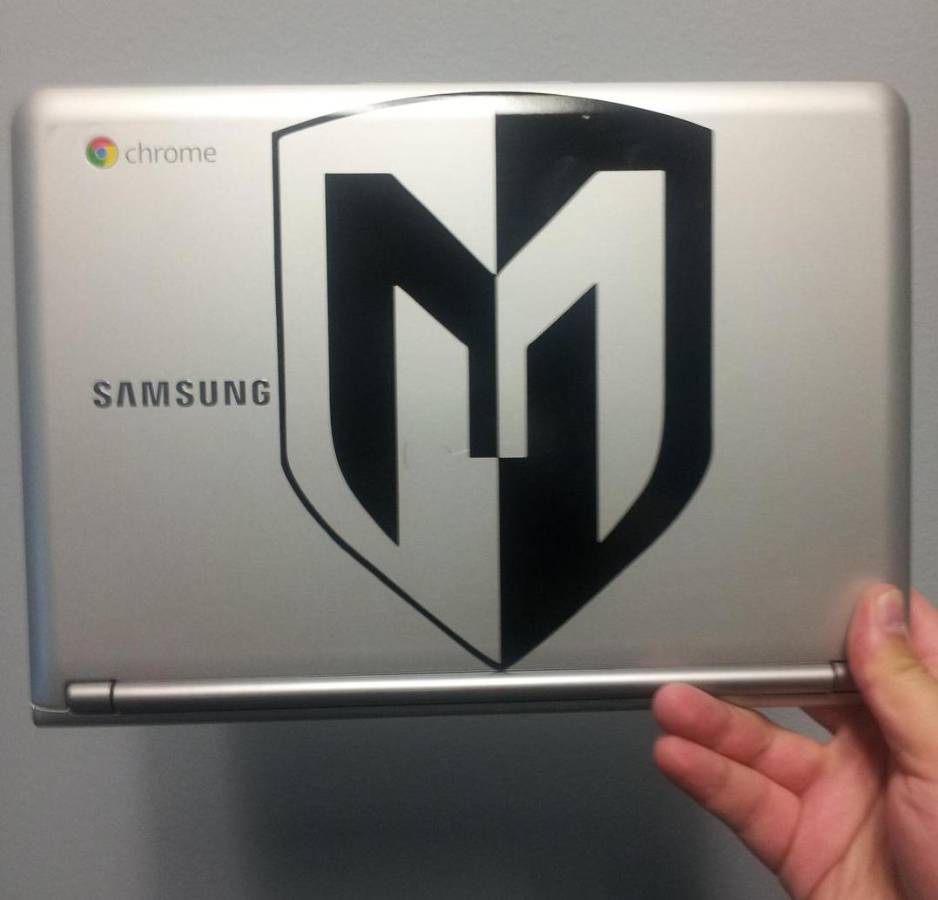 Yeah, we're pretty pleased with these. (:

As far as confirmed meatspace appearances from the Rapid7 Metasploit contingent, nex and rep are presenting at  BlackHat about Cuckoo Sandbox,  todb will be speaking at BSidesLV Common Ground with Thomas d'Otreppe about the vices and virtues of open source security, and of course Egypt will be delivering in-depth Metasploit training at BlackHat.

So, be careful out there, stay safe (infosec-wise, if not health-wise), swing by our BlackHat Booth #517 for some awesome Metasploit 10-year anniversary T-shirts, and let's see what we can do to advance the state of the art of open source security for another year or ten.

We've got seven new modules with this week's update. As you can see below, this week is pretty heavy on the ZDI-reversed exploits. We've got ZDI-13-352 for HP products, a couple vectors for ZDI-13-110 for Apple Quicktime, and ZDI-13-147 for VMWare.