This is a big week for Meterpreter. For starters, we've landed a new Meterpreter Python payload. Yes, yes, I know, you thought that Metasploit was all Ruby all the time, but this and the Python payloads for bind shells from Spencer McIntyre should help out on advancing the state of Meterpreter by leaps and bounds. Despite Metasploit's massive Ruby footprint, most security developers know Python well enough to scratch their own penetration testing itches in it, so I'm looking forward to a lot of active development here. Plus, since Python is part of the Linux Standard Base, you're quite likely to find it on pretty much any normal Linux distribution, so it should see a lot of use for non-Microsoft targets.

In other Meterpreter news, we have a new contributor entering the fray on the Windows 32-bit and 64-bit side by the name of OJ Reeves. His entire mission in life (at least, for now) is to make it much easier for normal humans to compile, test, and extend Meterpreter for Windows platform. If you've been down this hacking Meterpreter path in the past, you know what kind of pit vipers can be lurking in that code, so expect to see some massive improvements there in the next couple weeks.

This week also sees a new local privilege exploit targeting Linux, the VMWare Setuid vmware-mount Unsafe popen(3) module (aka, vmware-mount.rb). Discovered by Google's Tavis Ormandy and implemented by our own James Egypt Lee, this exploits a setuid vulnerability that takes advantage of a VMWare installation to sneak a root shell. Egypt discusses the Metasploit implementation at length in this blog post, so I encourage you to check it out. Note that this module does not enable attackers to escape from the VMWare guest to the host operating system; it's specifically useful for taking advantage of a VMWare installation to elevate privileges on the host OS itself.

The other set of modules I want to hilight is a trio from Rapid7's Joe Vennix: the OSX Capture Userspace Keylogger module, the OSX Manage Record Microphone module, and the OSX Manage Webcam module. As you can probably guess by their titles, these are all post-exploit modules penetration testers can exercise to extend their eyes and ears into the site under test. These kind of Hollywood-hacker style post-exploit tricks are exactly the kind of thing that great to demo to clients to help explain the true risk associated with Apple desktop / laptop bugs, since they are, by their nature, pretty dramatic and fun to use. 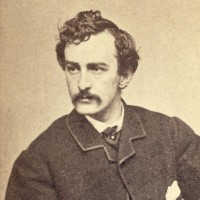 Finally, this week, we're going to be pulling the trigger on the great retabbing of Metasploit in order to bring us up to the normal, regular coding standards common to Ruby projects. While I have every expectation this change will be traumatic for long-time contributors, we're faithfully document everything along the way under the shortlink http://r-7.co/MSF-TABS. If you have patches and pull requests that are suddenly thrown into a conflicted state this week, the retabbing from @Tabassassin (pictured right) is probably the root cause. But never fear, just read the fine material regarding the change, and you should be back into an unconflicted state in two shakes.

We've got eleven new modules this week. Including the ones mentioned above, we've got another three ZDI-derived exploits (which are always informative), a really nicely commented implementation of the MS13-059 exploit for Internet Explorer, and a pair of Windows post modules that can be used to further extend control over the victim machine. As always, thanks everyone for your contributions!