Managing mobile devices can be quite an adventure. With the rampant penetration of smartphones into the business market, it has become necessary for IT to add yet another device to the long list of potential headaches in terms of support and security risks. Add BYOD into that mix and it gets even more complex. Making use of log data from smartphones and their applications just makes sense, especially when these devices are used to remotely access business resources.

Some of the most important tasks that log data can be used for is to determine what exactly users are doing with their phones; how expensive data connections are being used, and evaluating effectiveness of usage policies and the like. Interestingly enough, a study published in the Journal of Computer-Mediated Communications in June 2013 concluded that simply asking users was actually a pretty effective way to determine what users were doing with their phones.

Unfortunately, this method tended to be inaccurate in terms of how much any one user was using any specific application. Users were honest, for the most part, but inaccurately responding when asked what they did with their phones; they tended to overestimate the use of what they felt were appropriate applications while underestimating the use of non-business related apps. So while self-reporting can be a useful metric in smartphone management, pulling data from the mobile logs is likely to be much more effective.

Keep in mind that the average smartphone user has between 25 and 50 apps installed on their phone and a Neilson Report for 2012 showed an average of 41; stories from various other sources since then have reported similar numbers). And that may not include the apps that carriers like to ship with their phones. Recent high-end smartphones purchased from AT&T, for example, have had more than 40 apps pre-installed. 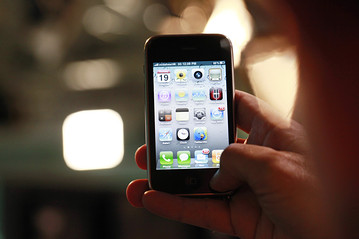 What this ends up meaning is that users begin to complain about performance problems or unexpected application crashes. The cause of these problems can more easily be traced if there is log data that can be evaluated to determine what has been occurring. Anything from a user accepting the latest iOS update and having a necessary app not function properly in that environment, to carrier bundled apps running by default and sucking up system resources unnecessarily can cause unhappy end users.

Finding the source of these problems can be quite complex, so using tools that can remotely analyze smartphone data logs can be a quick shortcut to solving user problems. This can also be the case when critical third-party applications on the phones don’t play well together.

Mobile management tools tend to be more focused on locking down the phones and minimizing the chance of a security breach. Log data analysis tools should be used when trying to find the cause of problems, allowing IT to evaluate and product managers to monitor the operation of phones with necessary apps, and find the root causes of potential issues.