Has Splunk Turned Its Back on the DevOps Community?

In August 2012 Splunk released Splunk Storm, tailored for “organizations that develop and run their applications in the public cloud, using services such as Amazon Web Services (AWS), Heroku, Google App Engine, Rackspace, and others.” Splunk Storm claimed to provide “developers” with an easy-to-use, subscription version of the Splunk software. Since this grand launch of Splunk Storm, to meet the needs of the DevOps community, Splunk has decided to end of life Storm. In fact, as of yesterday Splunk has disabled all data inputs to Splunk Storm, and on April 1st (no this is not a bad April fools joke) they intend to shut down the service altogether.

Splunk has replaced Storm with another  product that they call Splunk Cloud which is a more enterprise-focused cloud offering – and, who would blame them – Splunk is certainly nailing it in the enterprise space. As a founder of Logentries, I am of course a bit biased, however, from my years of involvement in the DevOps community, Splunk Cloud is a lot less attractive for the Dev and DevOps teams out there; and more tailored to a big enterprise shop that has its own data scientist team with the time, budgets, and resources to go through the enterprise sales cycle.

Why doesn’t this work for your average Developer or DevOps team? Well, the biggest reasons for me are:

Why Does This Matter?

Developers and DevOps folks generally like to play with a solution on pet projects, or to try it out in the wild, to make sure they really like it and that it fits within their modern DevOps toolkit. They also tend to want a low barrier to entry and quick time to value without a big upfront spend – which is completely at odds with the traditional enterprise sales approach. That’s why companies like New Relic, Logentries, PagerDuty and Slack have been so successful with DevOps teams. 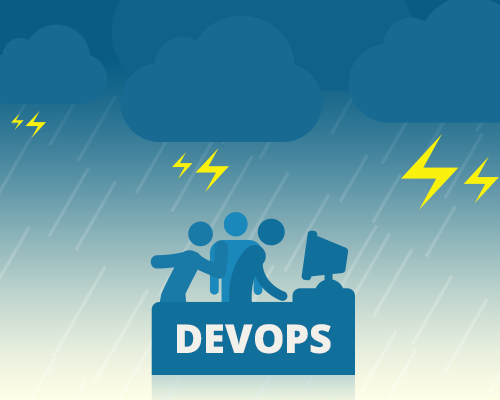 So what options do the Developers or DevOps teams have that signed up for Splunk Storm over the past couple of years? At $675 monthly (paid annually) Splunk Cloud is not the answer…which brings us to the question: Has Splunk turned its backs on this community?

What are DevOps Teams Looking for?

Developers, IT and DevOps teams are looking for easy-to-use, easy-to-setup and easy-to-manage systems, with a low barrier to entry so they can get going quickly. Solutions need to start cheap (essentially free) and scale as your systems grow (similar to the AWS model).

The DevOps community is growing quickly, and have major influence on which tools and technologies are being used across an organization – anyone who turns their back on this is missing a trick.  So for any former Splunk Stormers out there considering options, let us know and we can save you up to 50% off your Splunk costs – simply sign up, get started and let us know you’ve made the switch.