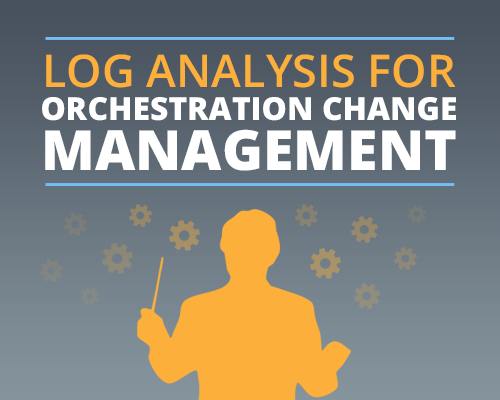 Server sprawl can be managed especially if the effort comes from the technical team, not finance wondering why the cost of cloud services is going up at an unexpected and exponential rate.

The Top Reasons Why Server Sprawl is Bad:

All of this adds up to a concept that is not new. I am basically talking about change management. A dreaded word associated with red tape. But in the case of modern development, the same tools used to automate the delivery chain, can be used to manage it. One tool to help with this is a log analysis service that you can use to collect and analyze logs from your orchestration server, logged application versions at each stage of the pipeline, and log machine identifiers.

Altogether this gives you the proper tools to correlate data streams and build dashboards to analyze  your orchestration process. They also allow you to leverage alerting, anomaly detection, and inactivity monitoring.

The best part is this can be easy to implement:

The other thing that is important for change control is sharing with the team. Because orchestration is automated, and that automation is triggered by someone, the rest of the team can be left in the dark. All they usually know is the infrastructure is there.

By bringing orchestration into your log analysis tool there is no need to ask which scripts were run, when, and what is on them. At the very minimum you can track down the script version number and see for yourself.