If you are at the RSA Conference this week, you may have seen Microsoft's keynote announcing the new Office 365 Activity Feed API this morning. In case you missed it, Microsoft summarized the announcement in today's blog post. The new Management Activity API is a RESTful API that provides an unprecedented level of visibility into all user and admin transactions within Office 365.

Rapid7 got early access to this technology through Microsoft Technology Adoption Program and is one of the first companies to integrate with Microsoft's new Office 365 Management Activity API. As a result, Rapid7 UserInsight already fully integrates with Microsoft Office 365, enabling incident response professionals to detect and investigate incidents from endpoint to cloud, providing security and transparency for cloud services such as Office 365. 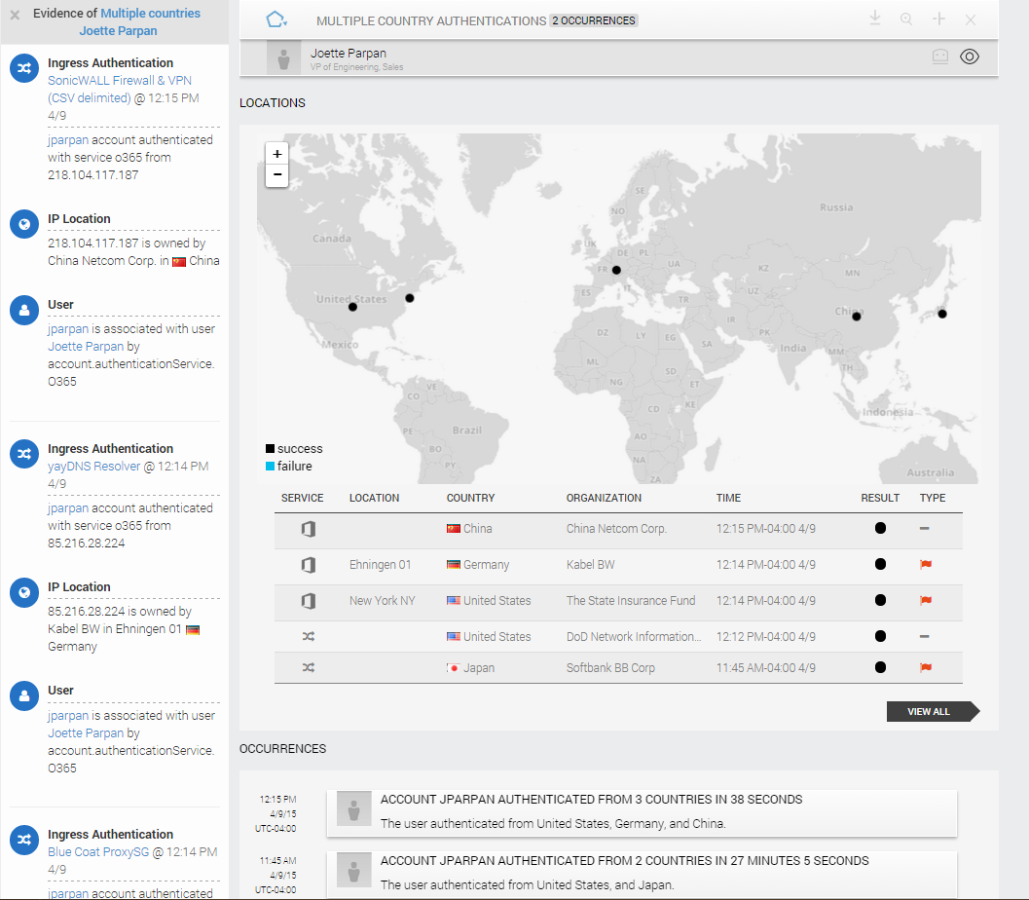 Lateral Movement Extends Beyond the Perimeter and Into the Cloud

Research shows that the use of stolen credentials is still the most common threat action. What's most concerning is that intrusions often go undetected for more than six months because they move laterally across company systems, collecting more and more credentials to gain persistence.

A common misconception is that lateral movement ends with the perimeter. However, with modern enterprise systems extending to cloud services, defenders need to think broader and include cloud services. Once they have compromised the credentials, attackers no longer have to be connected to the corporate network to access documents or email services.

Organizations need to understand user behavior across multiple environments in order to discover and investigate security incidents quickly. The new Microsoft API is a big step forward to arm security professionals with the tools they need to protect their environments and detect malicious behavior as ecosystems expand to the cloud. In enables UserInsight customers to run analytics across their entire ecosystem, within the perimeter and in the cloud.

UserInsight builds a baseline understanding of a user's behavior in order to identify changes that would indicate suspicious activity and help security professionals detect an attack. Because UserInsight uniquely collects, correlates and analyzes data across all users and assets, including cloud applications, it can identify suspicious behavior other solutions can't. Examples of potential threats detected within Office 365 include:

Once suspicious behavior is detected, security teams and incident responders can investigate the users and assets involved in context of various activity from the endpoint to the cloud, now including Microsoft Office 365 activity, and determine the magnitude and impact of the attack. Due to UserInsight's visual investigation capabilities, customers can combine asset and user data on a timeline to rapidly investigate and contain the incident.

The integration is available immediately to Microsoft Office 365 customers who have signed up for the API preview. Rapid7 will showcase the solution this week at the RSA Conference in San Francisco. Visit Rapid7's booth, located at North Expo #N3335, to learn more or request a personal demo online.