Over the last couple weeks, OJ TheColonial Reeves has been fleshing out some new documentation on how Meterpreter's multiple transport system has been coming along. You can read up on it all at the GitHub wiki, but here's the tl,dr: 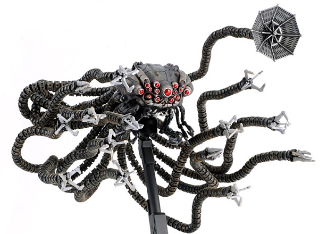 Yes, it's all kind of super rad, and huge thanks to OJ, Brent, HD, and Tim for making this all happen.

Of course, like all software, it's not quite "done," but that's on purpose. Since we believe in incremental, open development, right now, this very Friday afternoon, is a great time for you to jump in with this feature set and give feedback on how it's going. Love something? Say so on the Metasploit Freenode IRC channel or tweet us at @metasploit. Found a bug? File a GitHub issue, or even better, a Pull Request to either the Meterpreter repo or the Framework repo with a fix. It's all very fluid right now, but since working on Meterpreter has gotten to be quite pleasant, there's nothing stopping you from throwing in, too. It's an exciting time to be working on payload and post-exploit enhancements on long-term persistence. Just ask the shadowy puppet-masters behind Duqu 2.0.

As indicated last week on my tweet, you really should check out m-1-k-3 and Ricky HeadlessZeke Lawshae's module for SOAP-based command execution on SOHO routers shipping with a vulnerable Realtek chipset. All told, we have eight new modules since the last blog post. For the entire diffs on Metasploit Framework, check out the compare, here.

Incidentally, if you haven't heard, msfencode and msfpayload will no longer be shipping with Metasploit. Instead, they've been replaced by msfvenom, which has the same functionality as both, and more. Consider this last call.