When You Wish Upon A Shell 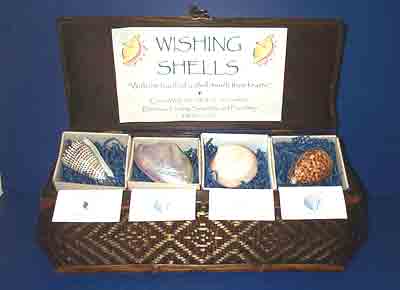 Back in February we ran a survey to figure out where you, the savvy penetration tester, would like to see Meterpreter go. As a result, we now have the Meterpreter Wishlist, and have been working steadily off of that for the last few months.

As of this week, we have a pile of accomplishments taken off the wishlist and committed as working code. You can read up on all the details over on the Meterpreter sub-wiki, but in the meantime, here are the headlines at a glance:

Lifetime Session Tracking: With the introduction of Payload UUIDs, you now have the ability to track over time whence a particular Meterpreter shell came from. This can be important when your compromised target moves around different networks, and reconnects back from different source addresses. It's also handy when you're on a team of pentesters, and you want to figure out whose shell is whose.

Multiple Transports and Fallbacks: If at first you don't SYN-ACK, SYN, SYN again. Meterpreter payloads now have some advanced transport control for falling back to other transports if the preferred one doesn't work or suddenly goes offline. While this used to be irritating, requiring a re-exploit of the target (which can be dicey with client-side exploits), Meterpreter sessions can now effectively ressurect themselves with some alternative routing. Also, these transports need not change just because of an interruption. If you have a friend with an appropriately configured payload listener, you can now easily just hand off your session to your friend's IP address and port. Nothing says "I love you," quite like a fresh shell.

Certificate Pinning: Combine a static certificate, a Payload UUID, and an appropriate reverse HTTPS payload, and you've got Meterpreter: Paranoid Mode. When used routinely, this strategy can prevent someone else from kidnapping your abandoned shells, or otherwise impersonating you, the valiant and just red-teamer.

There's also about a bazillion other small to medium improvements in there, so I encourage you to check out the current state of affairs over at the new(ish) metasploit-payloads repository. We're in the middle of phasing out the old(ish) meterpreter repository, so should make cross-compiling and cross-development of Meterpreter a lot easier moving forward. If you haven't already, feel free to clone the new repo and get hacking.

On the heels of Juan's excellent overview of our current Flash exploit library, we've got another addition to the pile of Flash exploits. This one is for CVE-2015-3113 and CVE-2015-3043, since, as it turns out, CVE-2015-3113 has the same root cause as the earlier issue. Oops. We also have two new post modules that make snarfing some local data on Windows domain members easier -- combine these with the new hash dumping techniques discussed by Dave TheLightCosine earlier this week, and you've got yourself a stew!

As always, for a blow-by-blow on what's new since the last blog post, just see this comparison view.