Time for another weekly wrapup for Metasploit! Since it's been getting some play in the news, I wanted to use this space to talk a little bit more about CERT's recent advisory regarding hardcoded credentials on small office / home office (SOHO) routers. You probably know it by it's decidedly non-poetic identifier, VU#950576. 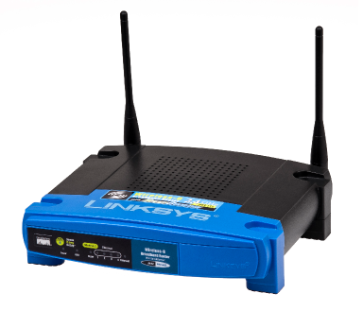 Hardcoded credentials are one of the most well-known common vulnerabilities for SOHO routers from nearly every vendor. These are not software bugs in the traditional sense, but specific username and passwords that are trivial to exploit, very rapidly, across thousands to millions of these devices.

These backdoors are usually not reachable directly from the Internet; the attacker must be on the local network in order to use them to reconfigure devices. However, this shouldn't necessarily be comforting. While attackers must be "local," most of these credentials are usable on the configuration web interface, and a common technique is to use a cross-site scripting (XSS) attack on a given website to silently force the user (on the inside network) to log in to the device and commit changes on the attacker's behalf.

Attackers on free, public WiFi are also on the local network, and can make configuration changes to a router that can affect anyone else connected to that access point.

Once an attacker has administrative control over the router, the opportunity for mischief and fraud are nearly limitless. He can do anything from setting up custom DNS configurations, which will poison the local network's name resolution, to completely replacing the firmware with his own, enabling him to snoop and redirect any and all traffic at will.

Backdoor credentials like these are certainly not new; simply Googling the Observa Telecom hidden administrator account password, 7449airocon, turns up nearly 400 hits on sites ranging from legitimate router security research blogs to sites dedicated to criminal activity. I'm glad that CERT/CC is bringing attention to this problem. Manufacturers must make every effort to at least allow end-users to change these passwords, and ideally, passwords would be generated, randomly, on first boot or firmware restore. Until manufacturers stop using default passwords on the devices users rely on for Internet connectivity, we will continue to see opportunistic attacks on home and small business routers.

So what does this all have to do with Metasploit? Well, we have a few contributors who regularly kick out exploit and auxiliary modules for SOHO land, with Michael m-1-k-3 Messner as the reigning champion of most SOHO router modules authored. That guy is pretty amazing, and thanks to his and all the rest of the SOHO router hacking crowd, we have about fifty or so Metasploit modules specifically for SOHO routers.

The bummer, of course, is that SOHO routers are rarely in scope for any normal pentest, unless your engagement is with a retail coffee shop or restaurant or something. We've known that the "border" between the external network and the internal network is a convenient fiction, and that division is eroding even more today as more and more people opt out of traffic (and pants) by telecommuting to work. Because of this trend, which shows no signs of slowing down, I hope to see pentesting scopes start to include that home network with the backdoor'ed router.

If you have decently-sourced stats on organizations who get popped by an attacker pivoting through a home router, or otherwise using SOHO router control to skip into a company's internal network, I'd love to see them. Just comment below.

We have nine new modules this week: four exploits and five auxiliary modules. Pay extra attention to the OS X 'tpwn' bug, which was discussed at length a week or so back. It's a privilege escalation issue, and while it's local only, there are scenarios where I can imagine this thing would be very effective. US schools sometimes have shared computer labs, full of Apple desktops, shared several times a day with many people. If one of them happens to have root on OS X, it's not all that difficult to start keystroke logging and picking up everyone's Myspace account credentials. Or whatever other social media service that the kids are into these days.

For other changes since the last Wrapup, just swing by this compare view, and see who all has been hacking on Metasploit Framework lately.