This time of the year is often seen as a time for giving thanks. At Rapid7, we are continually thankful for our community – the customers, partners, employees, experts and open-source contributors – who engage with us every day. Our community also includes the places where we live and work and, since one way to show thanks is by giving back, we decided that everyone in the Company would take a day in October to show our support and love for our communities.

#Rapid7GivesBack Day was on October 20, 2016 and every single Rapid7 office across the globe closed so our amazing employees (our Moose) could participate in service projects within their communities. These projects ranged from fall cleanups to painting to donation drives to charity fundraisers to supporting open source communities to volunteering at animal shelters and providing meals. We do amazing things when we partner together and this allowed our team to share that energy and give back to our communities across the globe. Giving back is our way of saying thank you to our communities.

Here's some of the ways we thanked our communities on #Rapid7GivesBack Day and what our Moose had to say about the experience:

Our Boston and Cambridge Moose partnered with TUGG to find several different volunteer opportunities across the city. Here are some of the organizations volunteers supported on #Rapid7GivesBack Day:

The Alexandria office included an amalgam of Moose from the office and those from around the D.C. area. This group helped support New Hope Housing and the Gartlan House which provides permanent supportive housing for chronically homeless adult men. The team assisted in yard clean up at the house and felt the experience was a great way to volunteer in the area.

Thanks again to the group from @rapid7 who accomplished so much at Gartlan House on Thursday! #Rapid7GivesBack pic.twitter.com/mMmAQe7u7y

Belfast Moose split into several groups to give back to several local charities including Action Cancer, Cancer Focus, NI Hospice, Simon Community and Assisi Animal Sanctuary. The group gave back by static cycling for charity, organizing donated items, painting and helping with animals, the team kept busy and supported several different organizations in one day. 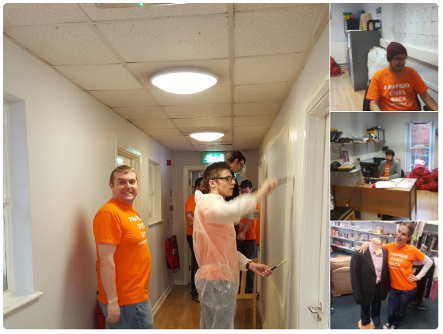 Delighted to be working with the awesome team at @logentries @rapid7 on our community platform & content #Hacktober https://t.co/pDh988chi1 pic.twitter.com/hasE0V03vb

The Los Angeles office volunteered at the LA Food Bank which provides food for children, seniors, families and individuals in need. Together, the team sorted 25,173 pounds of food – the equivalent to 20,893 meals. That prep work helped the 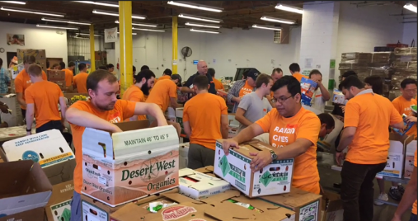 Food Bank staff get ready to deliver meals the following week. In sharing their experience, the team noted that it was a very humbling experience with regard to understanding how many don't have food and how difficult it is to prepare donations to make sure those who need the support can get it. It was a long day of physical labor but incredibly rewarding knowing that the work would help someone in need later.

The Reading office volunteered at Whitley Park Primary School and helped rebuild a play area for kids. The team helped repaint fences and picnic tables, plant gardens, rake leaves and clean up the space. After a physical day of work, the team agreed it was a great use of time and a good experience to do something charitable for the community. The school shared its appreciation and gratitude and invited Rapid7 Moose back any time to help out. 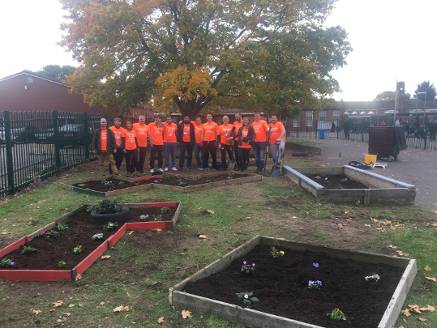 Moose in the Singapore office ran a donation drive within the company to give pre-loved belongings to the Salvation Army. Items were collected over the course of two weeks and were delivered on #Rapid7GivesBack Day. The team appreciated being able to re-purpose items that would help someone else. 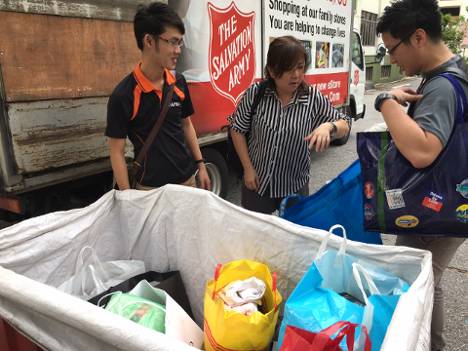 Toronto Moose supported Free Geek Toronto by collecting donated electronics to either dispose of E-Waste properly without damaging the environment or refurbished to get youth into tech. Part of Free Geek Toronto's mission is to promote social and economic justice, focusing on marginalized populations in the Greater Toronto area by reducing the environmental impact of e-waste through reuse and recycling and increasing access to computing and communications technologies. The team helped collect donations by reaching out to friends, family and other businesses in the area. The team appreciated the opportunity to support this local organization that helps give more youth access to technology and open source software. 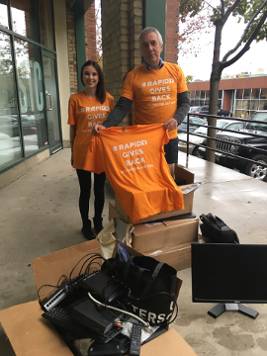 Thank you all for your donations pic.twitter.com/yvKEdxC4y8

Our Moose without an official Rapid7 home base participated as well. Projects included community clean up, running charity races or volunteering with local organizations. The effects of #Rapid7GivesBack Day were felt anywhere our Moose are located.

We may have celebrated a little early in the year with #Rapid7GivesBack Day, but we give thanks every day for the partnerships we have – both for the individuals and the places that make our community.

For more photos from #Rapid7GivesBack Day, visit our Facebook album.