Merry HaXmas to you! Each year we mark the 12 Days of HaXmas with 12 blog posts on hacking-related topics and roundups from the year. This year, we're highlighting some of the “gifts” we want to give back to the community. And while these gifts may not come wrapped with a bow, we hope you enjoy them.

2016 brought plenty of turmoil, and InfoSec was no exception:

Businesses and individuals continue to face new and increasing threats in keeping their essential systems and data secure. A static defense will not suffice: they must increase in both awareness and capability regularly in order to form a robust security program.

Metasploit Framework has grown in many ways during 2016, both through the broader community and through Rapid7 support. Let's look back through some of the highlights:

A surprisingly wide range of exploits were added to Metasploit Framework in 2016:

Metasploit Framework provides many supporting tools, aside from those designed to get a session on a target. These help in collecting information from a wide variety of systems, staying resilient to unknown and changing network environments, and looking like you belong.

Some expansions to the toolbox in 2016 included: 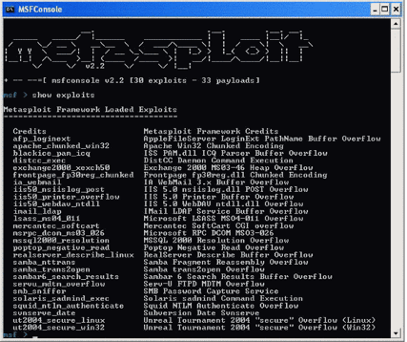 Has much changed in the last 12 years? Indeed! 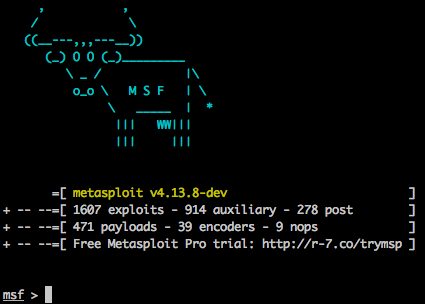 In 2016, Metasploit contributors added over 150 new modules. Metasploit Framework's growth is powered by Rapid7, and especially by the community of users that give back by helping the project in a variety of ways, from landing pull requests to finding flags.

The Metasploit Framework GitHub project is approaching 4700 forks, and ranks in the top 10 for Ruby projects once again. It's also the second most starred security project on GitHub. None of this would have been possible if not for the dedication and drive of the Metasploit community. Together, we can continue to highlight flaws in existing systems, and better test the essential software of tomorrow. John Locke voiced in 1693 what open source security supporters continue to know well today: "The only fence against the world is a thorough knowledge of it."

So what about you?