Incident Detection and Investigation - How Math Helps But Is Not Enough

I love math. I am even going to own up to having been a "mathlete" and looking forward to the annual UVM Math Contest in high school. I pursued a degree in engineering, so I can now more accurately say that I love applied mathematics, which have a much different goal than pure mathematics. Taking advanced developments in pure mathematics and applying them to various industries in a meaningful manner often takes years or decades. In this post, I want to provide the necessary context for math to add a great deal of value to security operations, but also explain the limitations and issues that will arise when it is relied upon too heavily.

A primer on mathematics-related buzzwords in the security industry 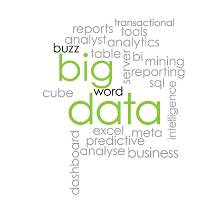 There are always new buzzwords used to describe security solutions with the hope that they will grab your attention, but often the specific detail of what's being offered is lost or missing. Let's start with my least favorite buzzphrase:

Next, let me explain a few of the more specific, but still oversold math-related (and data science) buzzwords:

Make sure the next time someone starts bombarding you with these terms that they can explain why they are using them and the results that you are going to see.

Mathematics will trigger new alerts, but you could just trade one kind of noise for another

The major benefit that user behavior analytics promises to security teams today is the ability to stop relying on the rules and heuristics primarily used for detection in their IPS, SIEM, and other tools. Great! Less work for the security team to maintain and research the latest attack, right? It depends. The time that you currently spend writing and editing rules in your monitoring solutions very well could be taken over by training the analytics, adjusting thresholds, tweaking the meaning of "high risk" versus "low risk" and any number of modifications that are not technically rules setting. 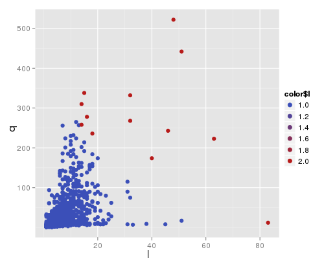 If you move from rules and heuristics to automated anomaly detection and machine learning, there is no question that you are going to see outliers and risky behaviors that you previously did not. Your rules were most likely aimed at identifying patterns that your team somehow knows indicate malicious activity and anomaly detection tools should not be restricted by the knowledge of your team. However, not involving the knowledge of your team means that a great deal of outliers identified will be legitimate to your organization, so instead of having to sift through thousands of false positives that broke a yes/no rule, you will have thousands of false positives on a risk scale from low to high. I have three examples of the kind of false positives that can occur because human beings are not broadly predictable:

Aside from dealing with a change in the noise, there is the very real risk that by relying too heavily on canned analytics to detect attacks, you can easily leave yourself open to manipulation. If I believe that your organization is using "big data analytics" as most are, I can pre-emptively start to poison the baseline for what is considered normal by triggering events on your network that set off alerts, but appear to be false positives upon closer investigation. Then, having forced this activity into some form of baseline, it can be used as an attack vector. This is the challenge that scientists always run into when observing humans: anyone that knows they are being observed can choose to act differently than they otherwise would and you won't know.

A final note on anomalies is that a great deal of them are going to be stupid behavior. That's right, I guarantee that negligence is a much more common cause of risky activity in your organization than malice, but an unsupervised machine learning approach will not know the difference. 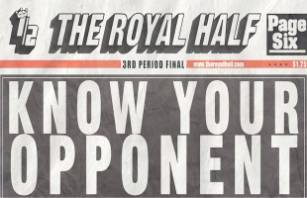 This post is not meant to say that applied mathematics have no place in incident detection or investigation. On the contrary, the Rapid7 Data Science team is continuously researching data samples for meaningful patterns to use in both areas. We just believe that you need to apply the science behind these buzzwords appropriately. I would summarize our approach around this in three ways:

So if you want to drop mathematics into your network, flip a switch, and to let its artificial intelligence magically save you from the bad guys, we are not the solution for you. Sadly, though, no solution out there is going to fulfill your desire any time soon.

If you want to learn more about the way InsightIDR does what I described here, please check out our on-demand demo. We think you will appreciate our approach.