RSA Conference 2017 Exhibits - Is Your Artificial Intelligence Only 1.0?

If you walked the RSA Conference floor(s) in San Francisco this year, you probably needed to sit down a few times in passing the 680 vendors - not because of the distance or construction as much as from the sensory overload and Rubik's cube challenge of matching vendors with the problems they address.

Since Anton Chuvakin already stole my thunder by declaring there was no theme with such effective snark it made me jealous, I want to talk about the attention-grabbing claims intended to make solutions stand out in the Times Square-like atmosphere, but instead led to difficulty for any new attendees wanting to make sense of it all.

“Buy this technology! It is a silver bullet.”

I was mistakenly convinced that we, as a security industry, had finally moved away from the notion that one solution could solve every security problem. Blame it on fresh-faced marketing teams or true startup believers who've poured their heart into a solution and cannot stand the thought of missing payroll. Whatever the cause, the 42,000 attendees were assaulted with promises such as “…prevents all device compromise, stops all ongoing attacks…” and “stop all attacks – remove AV”. Layered defense doesn't sound sexy and it is often ridiculed as “expense-in-depth”, but it is still unfortunately a reality that no single security vendor can meet all of your needs across the triad of people, process, and technology. 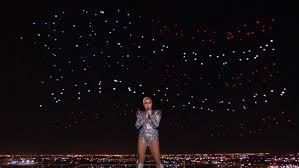 The other half of the “so this technology is all I'll ever need?” inference is your sudden explosion of options if you want our future machine overlords to defeat the inferior human attackers. Yes, I'm talking about “artificial intelligence” - but it didn't stop there - one vendor had both AI and “swarm intelligence”. This is where marketing has started to go too far – at best, these solutions have some supervised machine learning algorithms and a data science team regularly using feedback to tune them [which is awesome, but not AI]; at worst, these solutions have unsupervised machine learning spewing out pointless anomalies in datasets unrelated to any realistic attacker behavior. While I loved the drone swarm responsible for the Super Bowl light show, humans were controlling those. If a single endpoint agent can discover a new malicious behavior and immediately communicate it back to the rest of the Borg-like swarm without any human assistance, they had better not quietly announce it for the first time at a conference hall.

“You want hunting, so we built automated, self-healing hunting agents!”

I noticed more vendors offering hunting services, even once as “hunting human attackers” [which caught my eye because of its clarity], and I'm not surprised given the significant barrier to small teams acquiring this advanced skill for detecting unknown threats. However, it's already been fused with the legitimate demand for more automation in the incident response workflow to bring us a bevy of “automated hunting” and “automating the hunt” technologies, which would be oxymorons if they weren't just pure contradictions of terms. “Automated hunting” sounds like the built-in indicators inherent to every detection solution I've seen, while “automating the hunt” can only be done by an advanced analyst who is scheduling hunts to occur and provide deltas for follow-up analysis, not by a piece of software looking for known indicators and unusual events. Sure, technology simplifies this process by revealing rare and unusual behavior, but detecting known IOCs is not hunting.

In a similar vein, I read about “self-healing endpoints” throughout downtown San Francisco and it brought up a lot more questions than answers. Are the deployed agents healing themselves when disabled? Will it heal my Windows 10 laptop after finding malware on it? Does it automatically restore any encrypted data from a ransomware attack? Can it administer virtual aspirin if it gets an artificial intelligence headache? Obviously, I could have visited a booth and asked these questions, but something tells me the answers would disappoint me.

After the Next-gen Firewall revolution, it seems like everybody is touting SIEM 2.0 and Next-gen AV, and it's understandable when the available technologies for software development and data processing make leaps forward to enable a redesign of decade-old architectures, but the pace has now quickened. I ran across “deception 2.0” just two years after I first saw TrapX at RSA Conference and only a few months after I heard “deception technology” coined as a term for the niche. At this pace, we'll be talking about Next-gen Deception and Swarm Intelligence 2.0 by Black Hat. As a general rule, if visitors to your booth have to ask “what is technology ‘x'?”, it's too soon to start defining your company's approach to it as 2.0.

As another reimagining of security, I'm enough of a geek to think virtual reality in a SOC sounds cool, but after seeing what it's like to “bring VR to IR”, I felt like it's adding to the skills an analyst needs to develop in addition to the list so long that specialization is key. Then, I remembered how often I see analysts resort to command line interfaces and the novelty wore off.

There are a lot of innovative approaches to the information security problems we face and I even saw some on display at RSA Conference. I just wish it weren't such an exhausting fight through the noise to find them.