Today, Rapid7 is releasing the second National Exposure Index, our effort to quantify the exposure that nations are taking on by offering public services on the internet—not just the webservers (like the one hosting this blog), but also unencrypted POP3, IMAPv4, telnet, database servers, SMB, and all the rest. By mapping the virtual space of the internet to the physical space where the machines hosting these services reside, we can provide greater understanding of each nation's internet exposure to both active attack and passive monitoring. Even better, we can point to specific regions of the world where we can make real progress on reducing overall risk to critical internet-connected infrastructure. 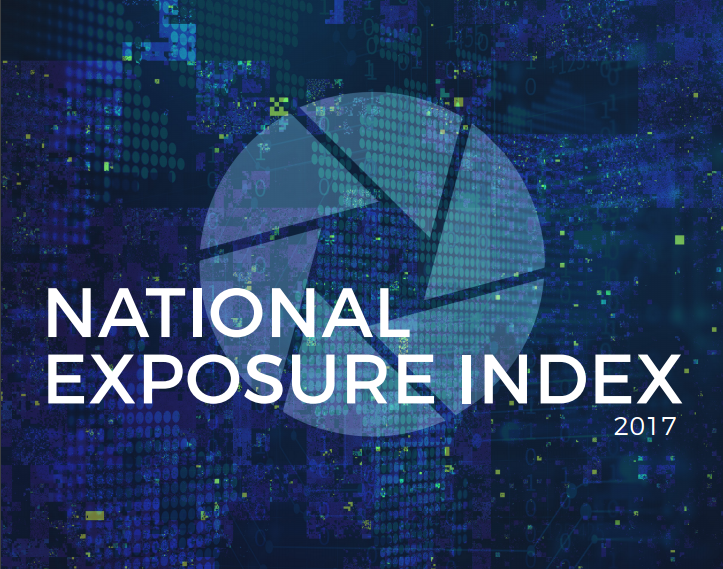 When we first embarked on this project in 2016, we set out to answer some fundamental questions about the composition of the myriad services being offered on the internet. While everyone knows that good old HTTP dominates internet traffic, we knew that there are plenty of other services being offered that have no business being on the modern internet. Telnet, for example, is a decades-old remote administration service that offers nothing in the way of encryption and is often configured with default settings, a fact exploited by the devastating Mirai botnet attacks of last October. But, as security professionals and network engineers, we couldn't say just how many telnet servers were out there. So we counted them.

Doing Something About It

We know today that there are about 10 million apparent telnet servers on the internet, but that fact alone doesn't do us a lot of good. Sure, it's down 5 million from last year—a 33% drop that can be attributed almost entirely to the Mirai attacks—but this was the result of a disaster that caused significant disruption, not a planned phase-out of an old protocol.

So, instead of just reporting that there are millions of exposed, insecure services on the global internet, we can point to specific countries where these services reside. This is far more useful, since it helps the technical leadership in those specific countries get a handle on what their exposure is so they can do something about it.

By releasing the National Exposure Index on an annual basis, we hope to track the evolving internet, encourage the wide-scale deployment of more modern, secure, appropriate services, and enable those people in positions of regional authority to better understand their existing, legacy exposure.

We're pretty pleased with how the report turned out, and encourage you to get a hold of it here. We have also created an interactive, global map so you can cut to the statistics that are most important for you and your region. In addition, we're releasing the data that backs the report—which we gathered using Rapid7's Project Sonar—in case you're the sort who wants to do your own investigation. Scanning the entire internet takes a fair amount of effort, and we want to encourage a more open dialogue about the data we've gathered. You're welcome to head on over to scans.io and pick up our raw scanning data, as well as our GitHub repo of the summary data that went into our analysis. If you'd like to collaborate on cutting this data in new and interesting ways, feel free to drop us a line and we'll be happy to nerd out on all things National Exposure with you.