Defend allows you to easily create custom defenses for Web Application Firewalls(WAFs), Intrusion Protection Systems(IPS), or Intrusion Detection Systems(IDS), based on the results of vulnerability scans conducted with AppSpider .

Using innovative automated rule generation, Defend, part of AppSpider Pro, helps security professionals to patch web application vulnerabilities with custom rules in a matter of minutes, instead of the days or weeks it can take by hand.

Without the need to build a custom rule for a WAF or IPS or the need to deliver a source code patch, Defend allows developers the time to identify the root cause of the problem and fix it in the code. 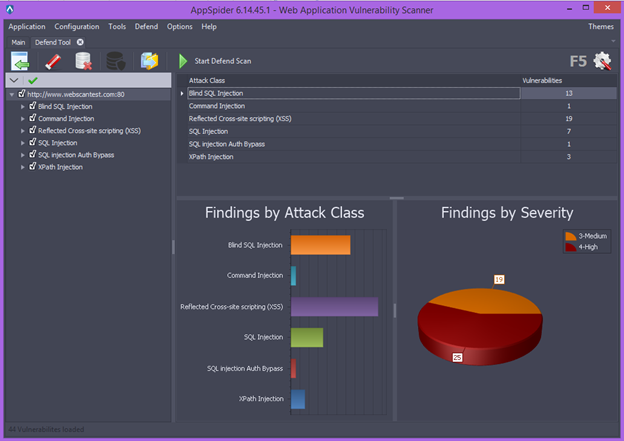 When you are ready to generate Defend rules, simply:

With these 5 easy steps you can generate a set of Defend rules that, along with your existing WAF/IDS/IPS solution, can help protect against exploits discovered by AppSpider.

Once you have loaded the Defend rule set into your WAF/IDS/IPS solution you can verify that the Defend protection has been enabled by clicking the Defend Scan icon which will launch a Defend Quick scan to replay the attacks which AppSpider used to discover the vulnerabilities and confirm that the attacks are no longer successful due to the Defend rules being deployed. 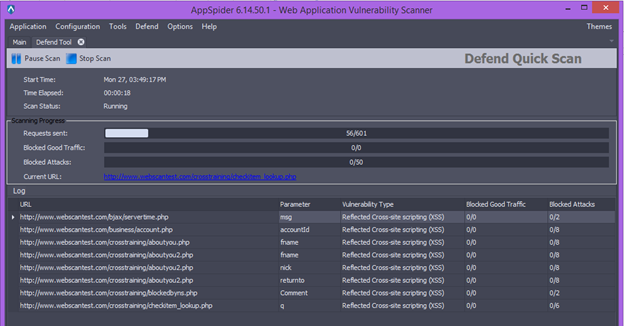 For more information on how the Defend functionality works you can review the AppSpider Pro User Guide.