On March 9th, 2017 we highlighted the availability of a vulnerability check in Nexpose for CVE-2017-5638 – see the full blog post describing the Apache Struts vulnerability here. This check would be performed against the root URI of any HTTP/S endpoints discovered during a scan.

On March 10th, 2017 we added an additional check that would work in conjunction with Nexpose's web spider functionality. This check will be performed against any URIs discovered with the suffix “.action” (the default configuration for Apache Struts apps).

Let's say you have 2 Apache Struts apps in the following locations:

In Nexpose's web UI, select the scan template that you wish to use (Administration → Templates → manage)

Go to the Web Spidering section of the template (WEB SPIDERING → PATHS) and then add all the paths you wish Nexpose to try accessing to the “Bootstrap paths” section. PLEASE NOTE: Each path must be followed by a trailing slash and are comma separated (e.g. /org/apps/,/other/org/): 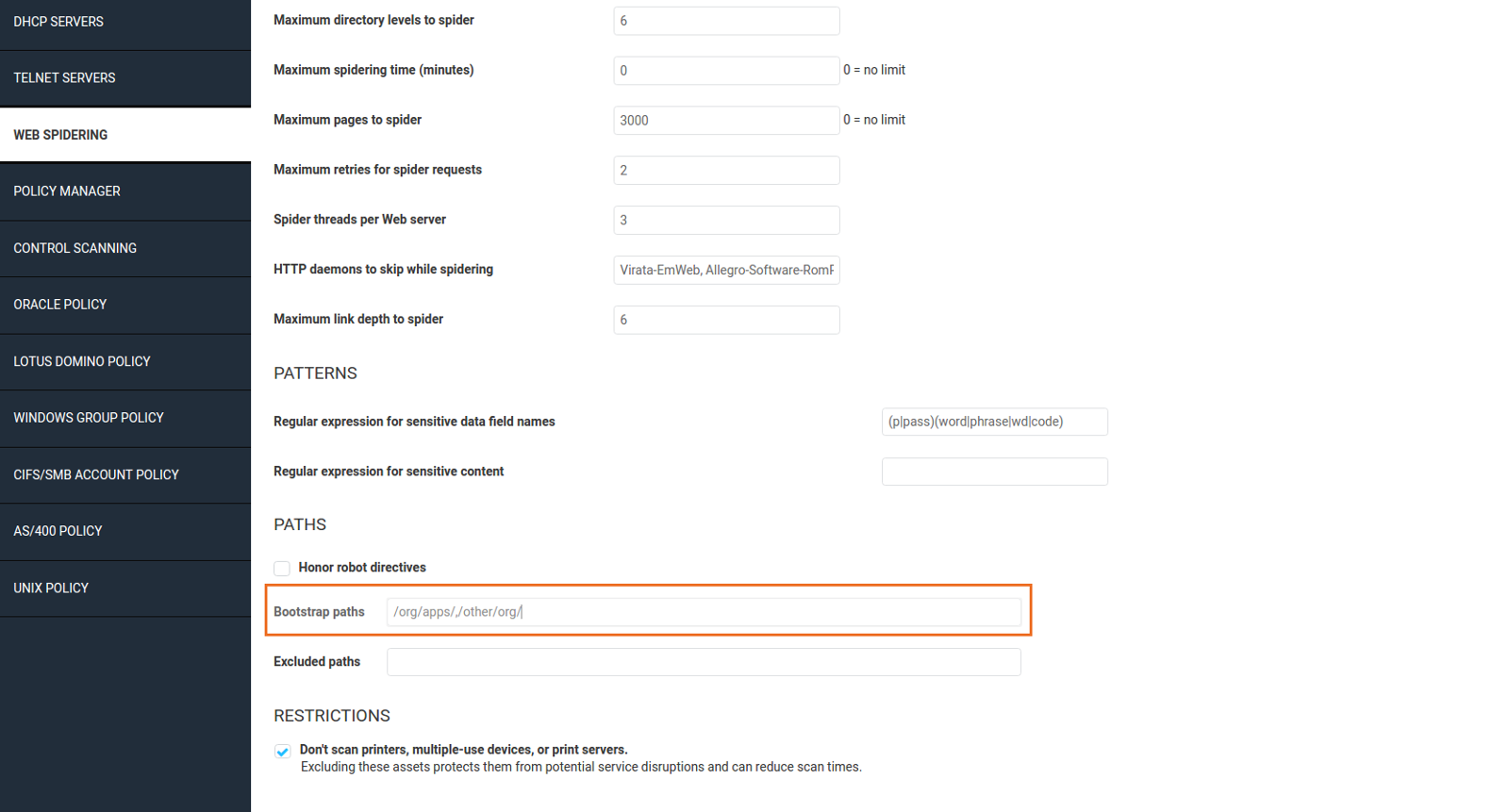 Once you configured the paths, save the changes to the template.

Not a Nexpose customer and want to scan your network for the Apache Struts vulnerability? Download a free trial of Nexpose here.