This One Time on a Pen Test: Paging Doctor Hackerman

I was testing wireless and internal network vulnerabilities in a system of eight hospitals, and the wireless network specifically seemed to be fairly locked down. They had employed EAP-TLS, which allows devices to connect to the corporate wireless network using strictly certificate-based authentication in common deployments. This high-security configuration is still fairly unusual to see implemented consistently, since not every wireless device is technically capable of complying with it. In other words, it’s common to see exceptions made to this authentication policy for certain devices.

However, a full day or two of testing went by before we determined the standard methods of exploitation were just not going to work, at least against the employee workstations that were nearby at the time. It looked like EAP-TLS really was pretty bulletproof on these sites. I went for a walk around the hospital halls to see what other types of wireless devices I could find. While walking past the entrance to the Intensive Care Unit (ICU) in a particular hospital, I saw MAC addresses matching that of pagers (presumably used by the nurses and doctors) connecting and interacting with the corporate WiFi. I put my laptop and antenna in my backpack after deploying an evil twin of the corporate wireless, and headed back to the entrance of the ICU. After loitering a discreet and unobtrusive distance from the ICU for 15 minutes or so, I returned to a desk to discover the domain user and password hash leveraged by the pagers for authentication. This captured hash turned out to be pretty quick to crack, so with the cleartext password and username in hand, I was on the corporate network.

The internal network had a large amount of non-standard devices—namely, networked medical equipment. One of these medical devices, an unused X-ray machine, was running an outdated version of Windows. The old and forgotten X-ray machine had been previously accessed by a privileged Active Directory user with Domain Administrator privileges, which allowed for the cleartext credentials of that user to be recovered from memory. That X-ray machine gave us the keys to the entire network. 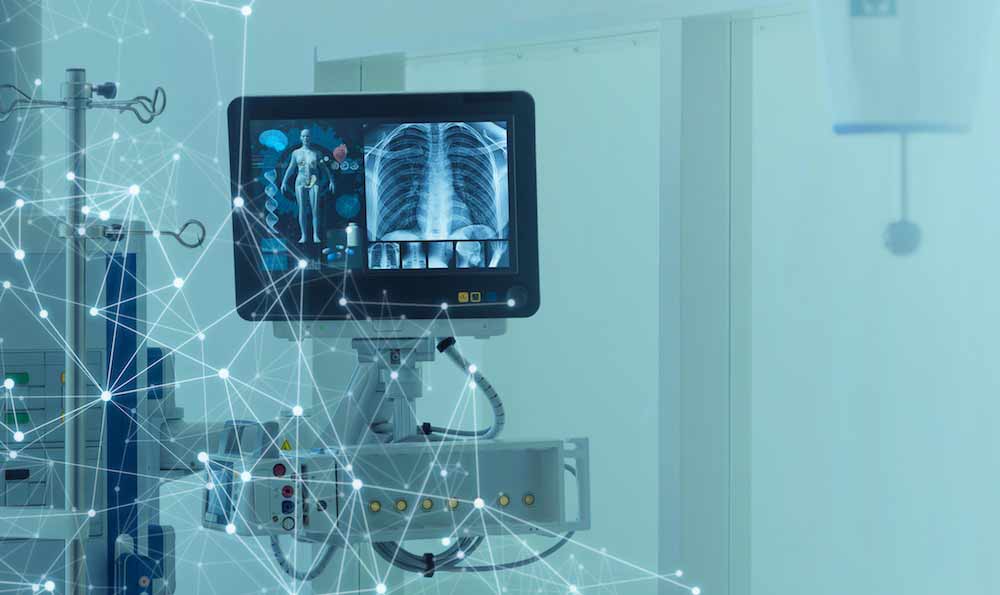