A new commemorative banner has been added to the Metasploit console to celebrate the teams that participated in the 2020 December Metasploit community CTF and achieved 100 or more points: 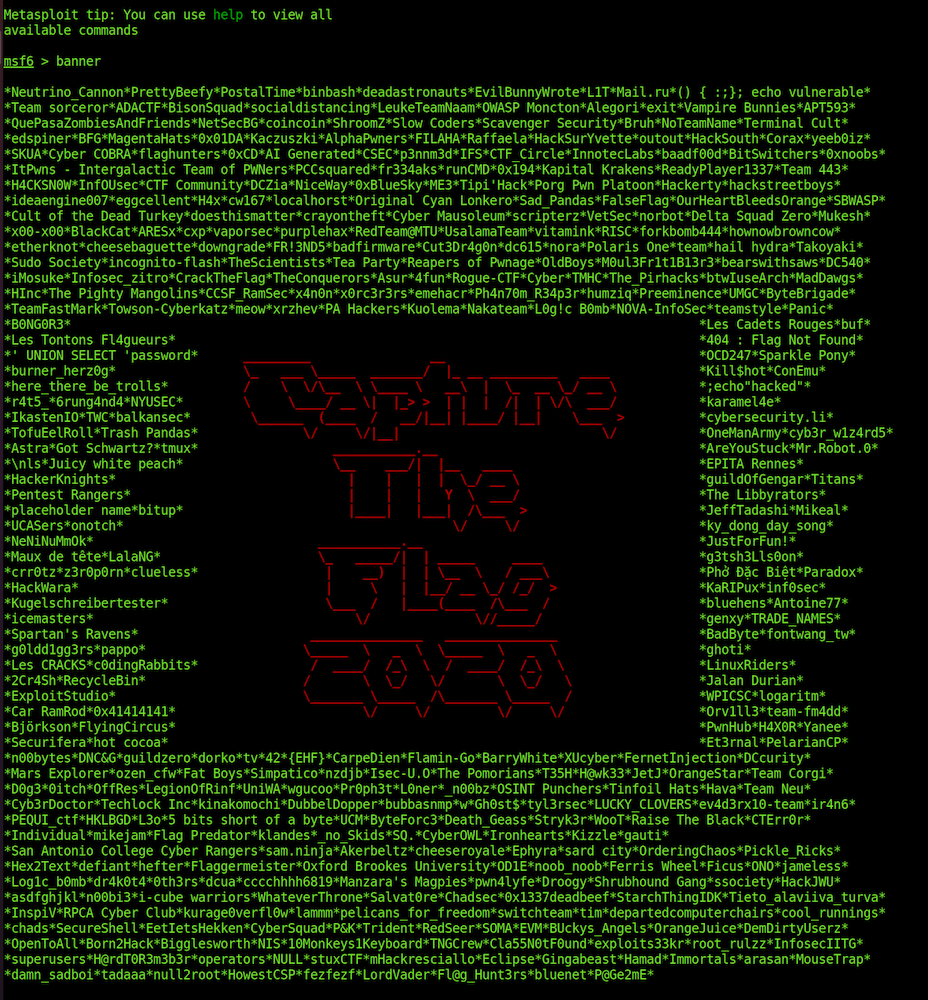 If you missed out on participating in this most recent event, be sure to follow the Metasploit Twitter and Metasploit blog posts. If there are any future Metasploit CTF events, all details will be announced there!

If the banners aren’t quite your style, you can always disable them with the quiet flag:

Our very own gwillcox-r7 has created a new module for CVE-2020-1170 Cloud Filter Arbitrary File Creation EOP, with credit to James Foreshaw for the initial vulnerability discovery and proof of concept. The Cloud Filter driver, cldflt.sys, on Windows 10 v1803 and later, prior to December 2020, did not set the IO_FORCE_ACCESS_CHECK or OBJ_FORCE_ACCESS_CHECK flags when calling FltCreateFileEx() and FltCreateFileEx2() within its HsmpOpCreatePlaceholders() function with attacker-controlled input. This meant that files were created with KernelMode permissions, thereby bypassing any security checks that would otherwise prevent a normal user from being able to create files in directories they don't have permissions to create files in.

This module abuses this vulnerability to perform a DLL hijacking attack against the Microsoft Storage Spaces SMP service, which grants the attacker code execution as the NETWORK SERVICE user. Users are strongly encouraged to set the PAYLOAD option to one of the Meterpreter payloads, as doing so will allow them to subsequently escalate their new session from NETWORK SERVICE to SYSTEM by using Meterpreter's getsystem command to perform RPCSS Named Pipe Impersonation and impersonate the SYSTEM user.