Recently, we identified a malware campaign whose payload installs itself as a Windows application after delivery via a browser ad service and bypasses User Account Control (UAC) by abusing a Windows environment variable and a native scheduled task to ensure it persistently executes with elevated privileges. The malware is classified as a stealer, which intends to steal sensitive data from an infected asset (such as browser credentials and cryptocurrency), prevent browser updates, and allow for arbitrary command execution.

As the “UAC Bypass - Disk Cleanup Utility” name implies, the alert identified a possible UAC bypass using the Disk Cleanup utility due to a vulnerability in some versions of Windows 10 that allows a native scheduled task to execute arbitrary code by modifying the content of an environment variable. Specifically, the alert detected a PowerShell command spawned by a suspicious executable named HoxLuSfo.exe. We determined that HoxLuSfo.exe was spawned by sihost.exe, a background process that launches and maintains the Windows action and notification centers.

We determined the purpose of the PowerShell command was, after sleeping, to attempt to perform a Disk Cleanup Utility UAC bypass. The command works because, on some Windows systems, it is possible for the Disk Cleanup Utility to run via the native scheduled task “SilentCleanup” that, when triggered, executes the following command with elevated privileges:

The trailing “REM” at the end of the Registry entry commented out the rest of the native command for the “SilentCleanup” scheduled task, effectively configuring the task to execute:

Rapid7’s MDR could not remotely acquire the files HoxLuSfo.exe and st.exe from the infected assets because they were no longer present at the time of the investigation. However, we obtained a copy of the executable from VirusTotal based on its MD5 hash, 1cc0536ae396eba7fbde9f35dc2fc8e3.

Rapid7’s MDR concluded that HoxLuSfo.exe had the following characteristics and behaviors:

Rapid7’s MDR interacted with s4.cleancrack[.]tech and discovered what appears to be a login portal for the attacker to access stolen data.

Rapid7’s MDR observed the execution of chrome.exe just prior to HoxLuSfo.exe spawning the PowerShell command we detected with our alert.

In one of our investigations, our analysis of the user’s Chrome browser history file showed redirects to suspicious domains before initial infection:
hXXps://getredd[.]biz/ →
hXXps://eu.postsupport[.]net →
hXXp://updateslives[.]com/

Rapid7’s MDR visited the website hosted at birchlerarroyo[.]com and found that the website presented a browser notification requesting permission to show notifications to the user.

We suspect that the website hosted at birchlerarroyo[.]com was compromised, as its source code contained a reference to a suspicious JavaScript file hosted at fastred[.]biz:

We determined that the JavaScript file hosted at fastred[.]biz was responsible for the notification observed at birchlerarroyo[.]com via the code in Figure 10.

Pivoting off of the string “Код RedPush” within the source code of birchlerarroyo[.]com (see highlighted lines in Figure 9), as well as the workerName and applicationServerKey settings within the JavaScript file in Figure 10, Rapid7’s MDR discovered additional websites containing similar source code: ostoday[.]com and magnetline[.]ru.

Pivoting off of the similar strings of “CodeRB” and “Redpush” within source code led to other findings.

Second, Rapid7’s MDR discovered a publication by Malwaretips describing a browser pop-up malware family known as Redpush. Upon visiting a website compromised with Redpush code, the code presents a browser notification requesting permission to send notifications to the user. After the user grants permission, the compromised site appears to gain the ability to push toast notifications, which could range from spam advertisements to notifications for malicious fake software updates. Similar publications by McAfee here and here describe that threat actors have recently been employing toast notifications that advertise fake software updates to trick users into installing malicious Windows applications.

Rapid7’s MDR could not reproduce a push of a malicious software after visiting the compromised website at birchlerarroyo[.]com, possibly for several reasons:

However, the malware delivery techniques described by Malwaretips and McAfee were likely employed to trick the users in our investigations into installing the malware while they were browsing the Internet. As explained in the “Forensic analysis” section, in one of our investigations, there was evidence of an initial toast notification, a fake update masquerade, and installation of a malicious Windows application. Additionally, the grandparent process of the PowerShell command we detected, sihost.exe, indicated to us that the malware may have leveraged the Windows Notification Center during the infection chain.

Analysis of the User’s Chrome profile and Microsoft-Windows-PushNotifications-Platform Windows Event Logs suggests that upon the user enabling notifications to be sent from the compromised site at birchlerarroyo[.]com, the user was presented with and cleared a toast notification. We could not determine what the contents of the toast notification were based on available evidence.

Based on our analysis of timestamp evidence, the user was likely directed to each of getredd[.]biz, postsupport[.]net, and updateslives[.]com after clicking the toast notification, and presented a fake update webpage.

Similar to the infection mechanism described by McAfee, the installation path of the malware on disk within C:\Program Files\WindowsApps\ suggests that the users were tricked into installing a malicious Windows application. The Microsoft-Windows-AppXDeploymentServerOperational and Microsoft-Windows-AppxPackagingOperational Windows Event logs contained suspicious entries confirming installation of the malware as a Windows application, as shown in Figures 15-19.

The events in Figures 15-19 illustrate that the malicious Windows application was distributed through the web with App Installer as a MSIX file, oelgfertgokejrgre.msix.

Rapid7’s MDR visited chromesupdate[.]com in a controlled environment and discovered that it was hosting a convincing Chrome-update-themed webpage.

The website title, “Google Chrome - Download the Fast, Secure Browser from Google,” was consistent with those we observed of the redirect URLs getredd[.]biz, postsupport[.]net, and updateslives[.]com. The users in our investigations likely arrived at the website in Figure 20 after clicking a malicious toast notification, and proceeded to click the “Install” link presented on the website to initiate the Windows application installation.

The “Install” link presented at the website led to a Windows application installer URL (similar to that seen in Figure 17), which is consistent with MSIX distribution via the web.

Rapid7’s MDR obtained the MSIX file, oelgfertgokejrgre.msix, hosted at chromesupdate[.]com, and confirmed that it was a Windows application package.

Analysis of the contents extracted from oelgfertgokejrgre.msix revealed the following notable characteristics and features:

Once we proceeded with the installation, the MSIX package registered a notification sender via App Installer and immediately presented a notification to launch the fake Google Chrome update.

The malware needs the enablement of “Sideload apps” to complete its installation.

Pulling off the mask

The malware we summarized in this blog post has several tricks up its sleeve. Its delivery mechanism via an ad service as a Windows application (which does not leave typical web-based download forensic artifacts behind), Windows application installation path, and UAC bypass technique by manipulation of an environment variable and native scheduled task can go undetected by various security solutions or even by a seasoned SOC analyst. Rapid7’s MDR customers can rest assured that, by leveraging our attacker behavior analytics detection methodology, our analysts will detect and respond to this infection chain before the malware can steal valuable data. 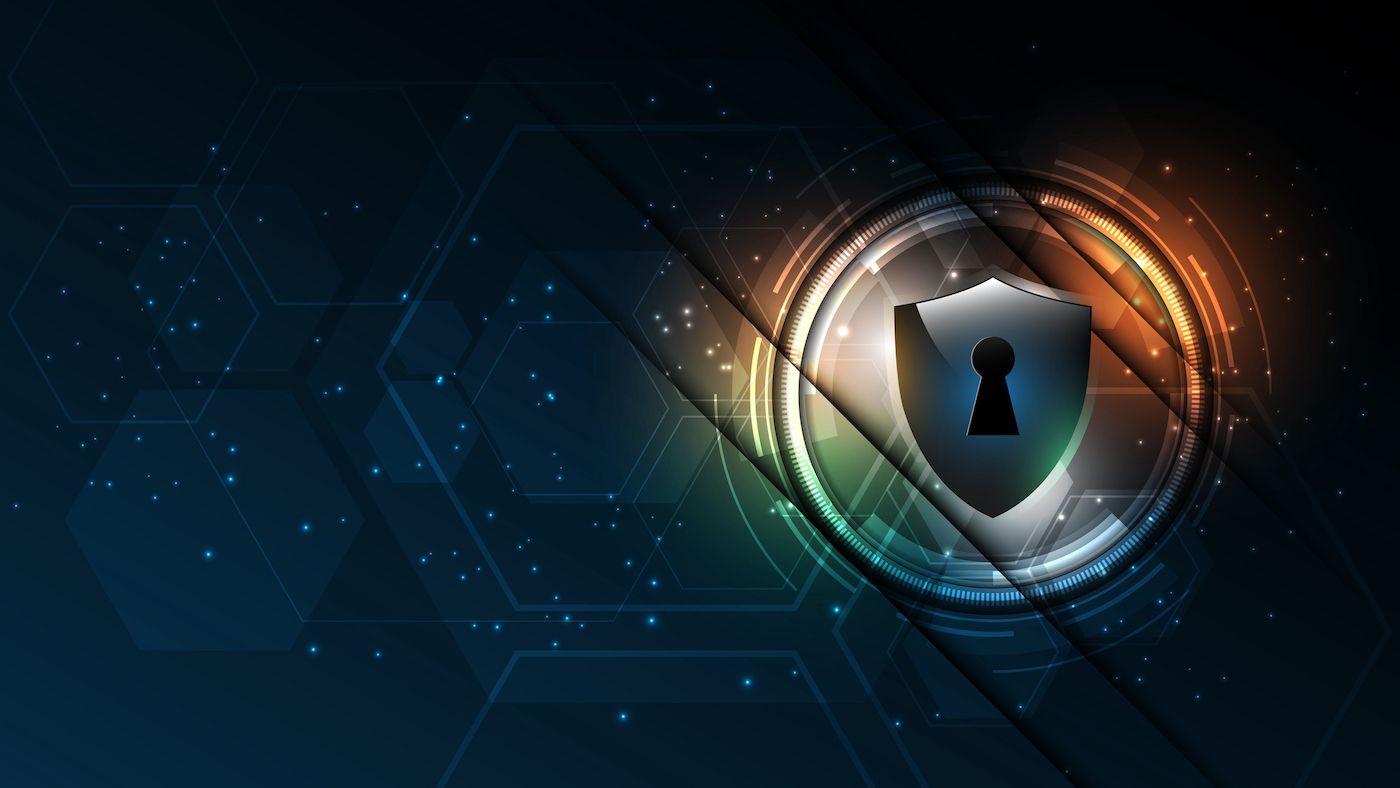 The Empty SOC Shop: Where Has All the Talent Gone?