With Jenkins and AppSpider Enterprise

Application development moves at a blistering pace; releases that used to come out once or twice a year now happen weekly, daily, even continuously. While modern web technologies and tools such as continuous integration/continuous delivery (CI/CD) have helped accelerate the pace of development, these same driving forces also make it difficult for application scanners to crawl and test your modern applications. Security teams are having trouble testing applications for vulnerabilities at the rate at which development teams update them, thus creating heightened yet unknown security risk.

This is where Rapid7 and Jenkins can help. Rapid7’s AppSpider Enterprise DAST (Dynamic Application Security Testing) tool integrates with the Jenkins CI/CD solution to help security teams work in parallel with application development. The integration also makes it possible for organizations to adopt a DevSecOps mentality, where security isn’t the responsibility of a single team, but rather a shared mindset between development, IT operations, and security that can be operationalized via automation. Rapid7’s application security solutions are also the only DAST solutions with a Universal Translator, meaning they can scan modern applications, SPAs (Single Page Applications), and APIs and still generate high quality vulnerability results right out of the box. 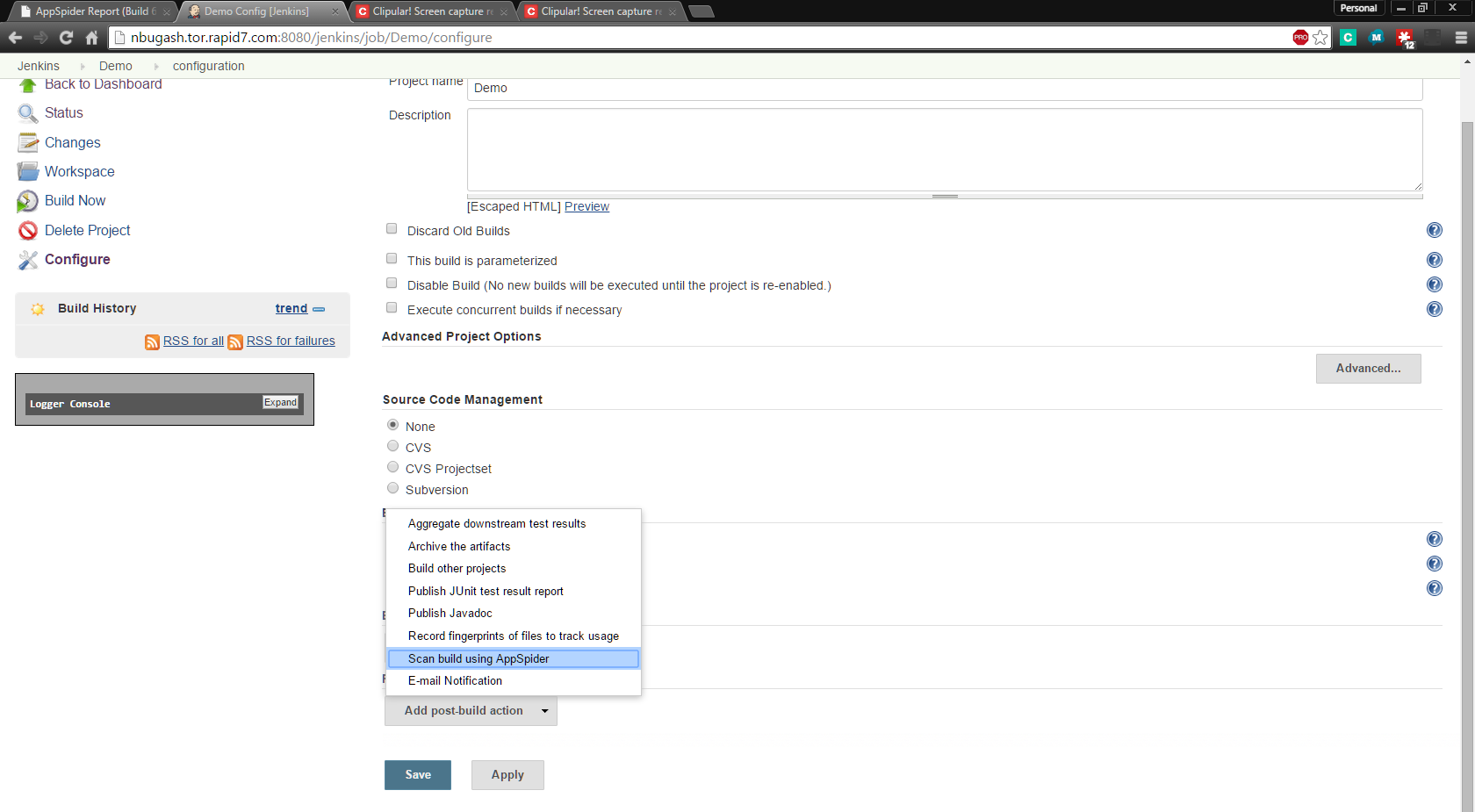 Need help with an integration?