How You Can Efficiently Audit Passwords With Metasploit

While unpatched systems are often the first stepping stone of a breach, it's often weak or shared credentials that help attackers intrude deeper into the network and breach sensitive data. Common problems are:

Services You Can Audit With Metasploit

These are all issues you can scan for with Metasploit. Unlike other password auditors that only test Windows login credentials, Metasploit Pro can brute force passwords to audit passwords across a wide range of operating systems and services, including: 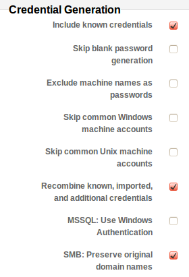 After gaining access to a system through brute forcing or exploitation, Metasploit collects passwords and password hashes from compromised systems. Using its integrated John the Ripper algorithms, Metasploit Pro automatically brute forces encrypted passwords for replay attacks. When you launch a second and third brute forcing pass on your network, Metasploit Pro will use collected passwords and replay password hashes (pass-the-hash attack) to get access to more systems. You can also specify known credentials, such as development accounts and accounts of employees or consultants that are no longer with the company, to verify that these cannot be used to gain access to any systems on the network.

Iterating the process gives you access to additional machines, harvesting more and more credentials and hashes. You should definitely try this process across trust zones, e.g. DMZ and internal network, to uncover credentials in an untrusted zone that also give you access to a trusted zone. 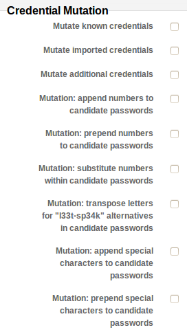 Report On Your Findings

Once you have completed your password audit, you can generate an Authentication Tokens Audit Report that includes passwords, SSH keys, and SMB hashes, summarizing:

You can configure the reports to either show or mask found passwords, depending on the report's audience. Password audit results are also reflected in other reports, such as PCI and FISMA compliance reports.

Where You Can Learn More

HD Moore, the Metasploit Chief Architect, is showing some of the tips and tricks of how to audit passwords with Metasploit in next week's webinar. Register now and save the date on your calendar!