Advice for the Lazy Family Sysadmin

This blog is the seventh post in our annual 12 Days of HaXmas series.

It always starts innocently enough: “Hi! So glad to see you. How have you been? Oh, us too! Grandad’s in his office. He can’t get something to print. Do you think you could help him?”

Minutes later, and you’re hooked as you stare at a barely running machine with 1,000 open browser tabs and just as many unapplied security patches laying in wait as malware runs rampant. It’s the dreaded holiday family IT scramble.

As a technical person, you probably fit the bill of someone who can help. You have a high-tech job, you work with computers, and you even know a thing or two about security. Sure, you could feign ignorance: “Sorry, I only work on Linux servers. I don’t know anything about Windows desktops!” Or, you could take a hard stance: You came here to relax, not fix computers. But do you really want to be a techno-Scrooge on the holidays?

For over a decade, I’ve managed to run a part-time remote fleet for my in-laws. With some careful choices, you too can be a lazy family system administrator this holiday. Here’s my experience, along with some tips for making this arrangement work for you:

My role as the family tech expert

As a part-time IT consultant-in-law, I’ve learned over the years how to avoid letting this be a chore. First, it’s easier with in-laws than blood relatives. If they want advice, they can take it or leave it without any familial grudges. At worst, you’re just the son-in-law who failed at technology. I’ve tried being a technologist for my parents, but there’s just no winning there. Somehow the people who raised you have a hard time taking you seriously after they’ve seen some of the silly things you did as a kid.

On the other hand, in-laws are fantastic clients. Back in 2002, I put together my wife’s parents’ first computer: a discarded dual Pentium II with a 56k dial-up modem, running KDE on Slackware in Vietnamese. Linux had better localization support at the time than any other OS I could find, and I liked how I could get a little work done on the machine whenever I visited. I could support them whenever the box went online, as the machine would automatically register a hostname via dynamic DNS. From there, I could SSH in via an admin account and check settings and logs, while ensuring the machine was staying up-to-date. Being an oddball distribution also meant it was not much of a target at the time, so relative security was pretty good. The machine served them well for years, until YouTube and Facebook proved too taxing.

The ever-growing need to see the grandkids’ pictures and videos online drove an initial foray into higher bandwidth, which needed a more serious computer. When the in-laws asked for help, I upgraded them to an older PowerPC Mac Mini I had lying around (the secret 1.5Ghz model that got released right before the transition to x86). This machine still had excellent Vietnamese localization support, was grease-resistant (it lived in the kitchen), and still gave me the ability to SSH in and poke around, if needed. And, since my wife was comfortable with OS X, she could help with tech support just about as well as I could. This machine ran for over a decade and was able to run video conferences with Vietnamese relatives over Yahoo! Messenger, play YouTube videos, and even let them play a little bit of FarmVille. But over time, Apple, Firefox, Flash, and many others dropped support for it, and it wasn’t able to harvest crops nearly as fast as it should. So, it was time for another refresh.

By this time, Google was firmly entrenched in the in-laws’ workflow, with Gmail and YouTube being the two primary apps in use. I had never suggested they get a printer, so we never had to deal with the heartache of a finicky inkjet. Spending half of the cost of a new Mac Mini, I was able to get a couple of Chrome OS devices: one about the size of the Mac for the kitchen, and a Chromebook. Since everything was web-based, I only had to explain a few minor differences. Vietnamese continued to work great, although this time, I didn’t have SSH login support. But I didn’t need it, since it turns out the machines are almost 100% foolproof and self-update almost perfectly. We’ve been going strong with the Chrome OS ecosystem for almost four years now, and it’s never been easier to be family IT support.

On the topic of routers, I typically opted for

Over the past decade, I have very rarely had to fix anything for my in-laws, except when a grandkid managed to hide the application menu and enable voice-to-speech everywhere. Here are a few pieces of advice to take into account as you adjust to your role as the family tech expert:

Stick to what you know

I always set up systems for others that I would want to use myself, which made it easier to both understand and fix them. If the hardware was lacking, I would just use that opportunity to pass down a new system. I often was able to pass down hardware I already trusted to do the job.

A number of times, my father-in-law decided he wanted a Windows laptop to go with the other systems. I was always able to talk him out of it because I told him I wouldn’t be able to help if something went wrong. Luckily, the ISP in their small town is barely fast enough to support even a couple of machines in a home, so the desire (and much less capacity) to have smart TVs and speakers streaming on the network is nonexistent. When buying a high-tech gift, just remember that you’ll eventually have to support it and ask yourself whether it’s still worth it.

Have a brother, sister, or significant other? Make them help by agreeing on tech that you all understand. If you all know Windows, don’t get your in-laws a Mac. Cloud-based routers such as Google Wifi are also handy, since you can assign others the ability to manage the network with you. Knowing you’re not the only one who can fix things makes pumpkin pie taste that much better.

All things should auto-update and/or be remotely manageable

There’s just no excuse these days to have devices that don’t auto-update without you needing to do it. It’s a great feeling to not have to manually check that things are secure. If something requires you to upload firmware the next time you visit, throw it out and consider it a gift for yourself.

Nobody makes a printer your grandma will not be puzzled by. Save a tree, and just say no.

What advice do you have for the lazy family sysadmin who just wants to take a break this holiday? Drop us a line on Twitter (@Rapid7)! 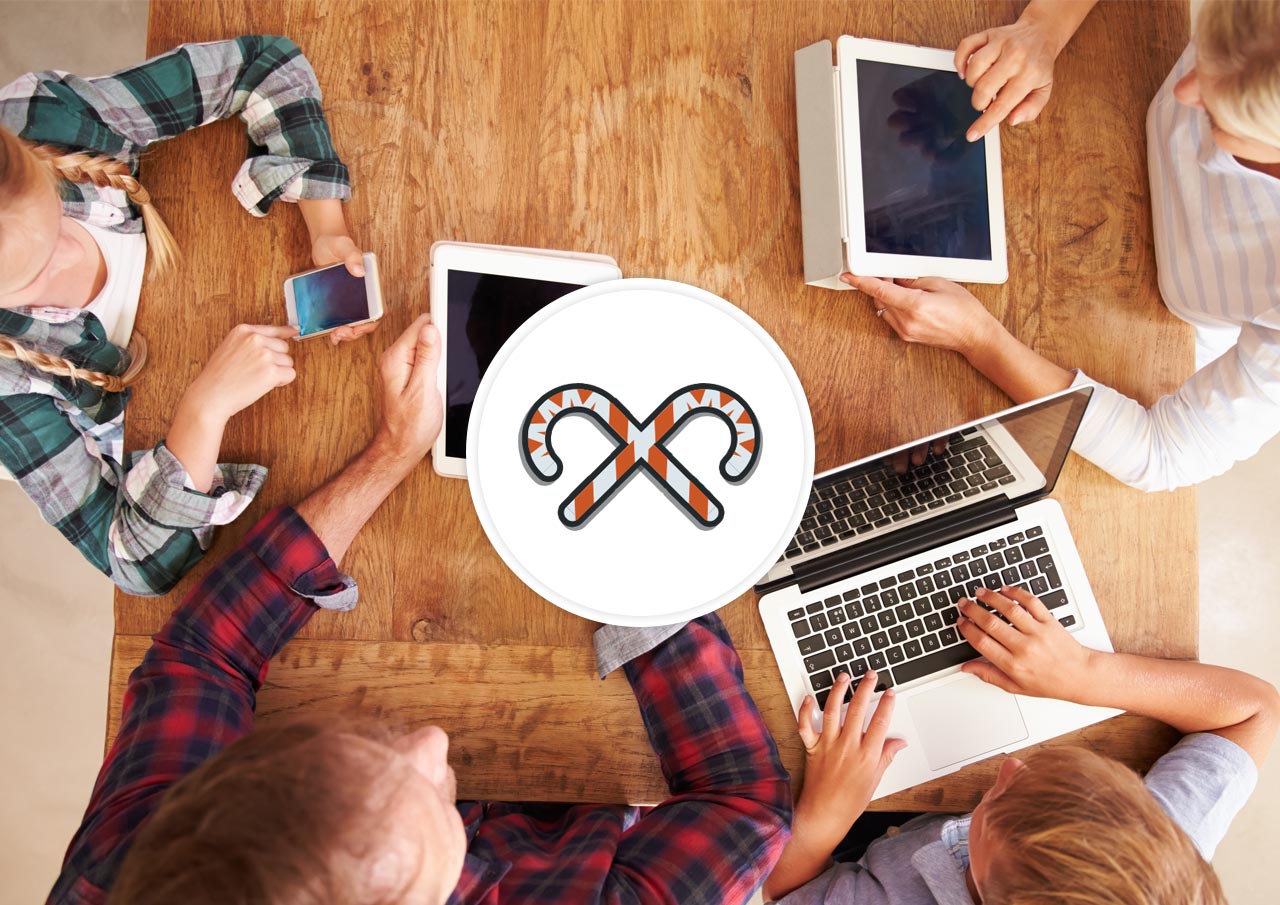