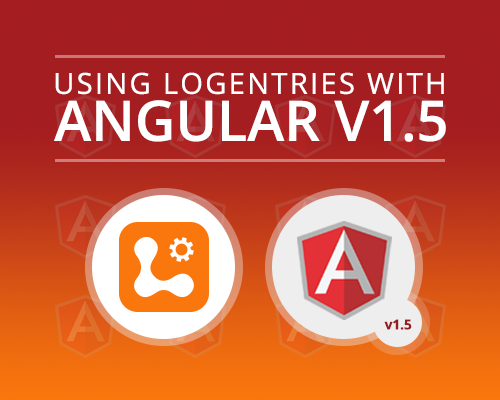 The post assumes at least a basic knowledge of Angular.  Angular is a very opinionated framework so make sure you have some experience with Angular before following the instructions presented below.

The Angular Provider architecture is one of Angular v1’s great fixtures.  The documentation for Providers is located here.  Providers are self-contained objects that are injected into and used inside Angular applications.  They are the building blocks of most Angular applications and enforce a modular structure that promotes reuse and clean code.  There are a few types of Providers; we are going to use the Factory type.

An Angular Factory is a custom object created using the Angular factory method.  Passing a factory into your Angular module through the injection process will make your custom object accessible inside the module.  Usually, the Factory is used to create an object that is created only once, and returns a shared object.  The Logentries client side service fits nicely with the Factory pattern since it also functions as a shared resource.  The bulk of the code used in the factory is to initialize the Logentries object.  Once initialized, the Factory exposes the Logentries object.

Let’s start by looking at index.html:

The ng-app tag identifies the main module Angular is loading into the body.  The LeAngularSample is the sample module being used to illustrate the library.  LogEntriesFactory.js introduces the Logentries library.  The code in app.js injects and uses the Logentries code, and inserts the UI component of the sample into the custom “

The index.html is the opening page.  Let’s look at the script files being imported, starting with the LogEntriesFactory.js file:

The other script file houses the directive.  The directive looks like this:

The directive is Angular’s mechanism for creating UI elements.  Our directive replaces the

The template html file looks like this (with some text removed):

Notice the four lines with ng-click.  The ng-click commands are rendered as click events.  The four functions correspond directly to the methods called out in the directive’s controller code.  Angular will automatically tie the functions in the ng-click to the directive.

The sample comes with a node server set-up to display the page.  The README has instructions on getting it started.  Once up and running, the page should look like the picture below.  Using any of these links will submit a log to your Logentries account with the corresponding type. 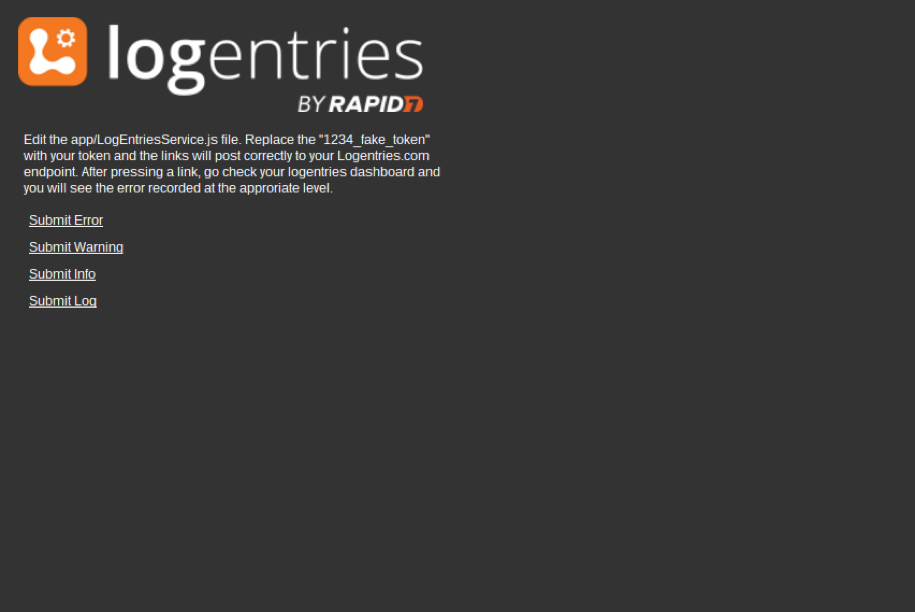 Tying Logentries to your Angular code is as simple as injecting a module.  Feel free to take LogEntriesFactory.js and modify it to work in your Angular application.  Including the Logentries client side library into your code is easy thanks to Angular’s injection and module components.

(The GitHub repo with the full sample can be found at https://github.com/LogentriesCommunity/Logentries-Angular-Sample)