Open-Source Command and Control of the DOUBLEPULSAR Implant

Metasploit’s Development Diaries series sheds light on how Rapid7’s offensive research team analyzes vulnerabilities as candidates for inclusion in Metasploit Framework—in other words, how a vulnerability makes it through rigorous open-source committee to become a full-fledged Metasploit module.You can find previous Metasploit development diaries here and here. This quarter, we're going in a slightly different direction and detailing a path to remote code execution not in public-use hardware or software, but in a backdoor widely attributed to the NSA.

Metasploit's research team recently added a module to Framework that executes a Metasploit payload against the Equation Group's DOUBLEPULSAR implant for SMB. The DOUBLEPULSAR RCE module allows users to remotely disable the implant, which puts it in the rare (though not unique) category of Metasploit modules that have specific incident response utility in addition to offensive value.

If infosec can rewind its memory two years ago, the Shadow Brokers leaked the so-called Equation Group's toolkit for Windows exploitation. Perhaps the most damaging code in that release was ETERNALBLUE, an SMB remote root exploit against a vast range of Windows versions. The code would quickly make its way into the WannaCry worm, which locked hundreds of thousands of systems in its cryptographic shackles.

On the same day as ETERNALBLUE, the world was introduced to DOUBLEPULSAR, a kernel-mode implant typically deployed by the exploit. DOUBLEPULSAR (hereafter referred to as DOPU or "the implant") had the ability to infect both SMB and RDP, but with the critical nature of ETERNALBLUE, SMB was the focus for most researchers. While most efforts were directed at detecting the implant via its "ping" functionality, the implant also had the capability to execute arbitrary kernel shellcode or to be disabled remotely. Perhaps most damning (or desirable) was the fact that the implant lacked authentication, offering an attribution-less backdoor into Windows systems around the world.

zerosum0x0 was one of the first researchers to analyze DOUBLEPULSAR. It was his work that I used to begin understanding the implant and its functionality. It is highly recommended reading. The rest of this post will concern the analysis we performed to exercise the implant's arbitrary code execution.

Why did we do this?

When ETERNALBLUE and DOUBLEPULSAR came to light, there were many who used the Fuzzbunch exploitation framework (part of the Shadow Brokers dump) to execute ETERNALBLUE against a target, infecting the target with DOPU, and then utilizing DOPU's DLL injection functionality (bootstrapped from its "exec" functionality) to inject a DLL payload into a userland process, bringing trivial ring3 code execution to a ring0 implant.

While this was fun and all, it posed a dangerous question: why would one purposefully infect a target with alleged NSA weapons-grade malware, just to gain code execution? Sure, it was the most accessible way to root unpatched Windows systems, but many users didn't think deeply on the ramifications. Fortunately, the research community directed its efforts at implementing the ETERNALBLUE exploit in open source, eschewing the closed-source, nation-state toolkit we knew so little about.

So, what if a target is already infected with DOUBLEPULSAR? The overarching opinion (rightfully so) is that your assessment has become an incident response situation. In that case, it may be helpful for defenders to be able to disable the implant without rebooting systems. Alternatively, it may be useful for pentesters (with proper approval) to leverage code execution against the implant using fully vetted, open-source tools, without the need to cast an exploit. There is already precedent for executing code against malware, some examples of which live in Metasploit. In any case, a forensic examination of infected systems is necessary, and disabling the implant doesn't obsolete patching.

Consequently, with our minds unburdened, and a healthy two years later, we sought to open-source code execution and neutralization of DOUBLEPULSAR in Metasploit. Let's walk through the development process.

The art of Ctrl-C, Ctrl-V 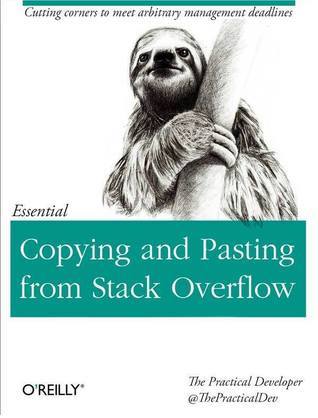 Everyone has done it at some point. Especially on Metasploit modules. And if you don't, you probably copy and paste your own code! (That's what I do most of the time. ;)

As zerosum0x0's MS17-010 and DOUBLEPULSAR scanner provided the perfect framework to hit the ground running, I shamelessly copied the file to a new module, which I named exploit/windows/smb/doublepulsar_rce. Having worked on the scanner, I was confident it would be a good starting point.

Give me a ping, Vasily. One ping only, please.

The scanner already implemented DOUBLEPULSAR's ping command to detect the implant. Moving the code to a check method, I gave it a go:

Cool, the module detected the implant correctly. More importantly, note that the implant returns its XOR key, which we'll use later to "encrypt" our shellcode for code execution.

Next up, implementing the kill command seemed like another easy win.

To improve code reuse, I defined a couple hashes for the implant's opcodes and status codes:

We also have a few utility methods, some from the scanner, to calculate implant status, XOR key, and architecture. These values are hidden in plain sight within real SMB packet values.

Since the kill command is just the ping command with a different opcode (0x77 vs. 0x23), implementing the kill command was a breeze. I added a method to generate the expected SMB timeout value for a given opcode, based on zerosum0x0's analysis:

Then I shamelessly copied the trans2 method from lib/rex/proto/smb/client.rb. I ended up with the following code for an SMB TRANS2_SESSION_SETUP packet:

Hopeful that my code would work on the first try, I tested the new implant neutralization code:

Success! If you were to run check again, the implant should not be detected:

With two of the three implant commands implemented, it was time to focus on the third and final: the Holy Grail of code execution.

What is your quest? To seek the Holy Grail!

Because DOUBLEPULSAR expects to execute kernel shellcode, we couldn't use any Metasploit payloads without a kernel-mode stub first, and we surely didn't want to use the Equation Group's DLL injection shellcode, though sufficiently analyzed by Countercept (now F-Secure).

Thankfully, zerosum0x0 wrote custom shellcode for ETERNALBLUE that could be repurposed for DOUBLEPULSAR, albeit with a small modification. Since the syscall overwrite in the copied shellcode was unnecessary for this use case, we undefined it:

Metasploit has an extensive library of code for exploitation, but it curiously didn't have any such code for XOR with a variable-length key, so I went ahead and added it to the Rex::Text.xor method. This would be a requirement for DOUBLEPULSAR's XOR stream cipher, which would be used to encrypt the shellcode.

Because DOUBLEPULSAR expects shellcode to be chunked in 4096-byte blocks, and our total shellcode size falls well within that chunk size, we pad the difference after the user-mode payload with random bytes and send only one 4096-byte chunk. This ensures consistent shellcode size and alignment, and it provides a modicum of obfuscation. Since the kernel shellcode calls the CreateThread function, and the EXITFUNC option in Metasploit is set to thread, there are no issues with the random padding. Yeah, it's a hack.

The last piece of the puzzle

When I crafted the SMB TRANS2_SESSION_SETUP packet, I zeroed out its parameters, since they weren't necessary for the ping and kill commands. However, the exec command required specific parameters to be sent. I didn't know what to fill them with yet, but it was clear the XOR key was involved.

With zeroed-out parameters, code execution was blocked by checks in the implant. Since I had been working on the module for most of an evening, having failed to determine the correct parameters (short of breaking out WinDbg), I shelved the module to work on another task. Some time later, I reached out to Jacob to see if he was interested in figuring out the missing piece.

The following analysis is adapted from notes by former Metasploit researcher Jacob Robles.

The address to the implant's handler is at offset 0x70 from the start of the dispatch table. We then retrieve the handler's disassembly by running u poi(srv!SrvTransaction2DispatchTable+0x70) L100:

The first check is shown in the following disassembly:

After the first check, another comparison occurs, but this time the comparison is with the first 4-byte block of the SESSION_SETUP parameters:

Since an allocation may occur in the previous block of code, the following block checks for a NULL shellcode pointer:

If the shellcode pointer is NULL, then the code jumps to a location that will return an "allocation failed" status code, 0x30. If the allocation succeeded, then another check is performed to validate the size of the data that will be copied into the shellcode buffer. The next check fails if the size of the offset within the buffer to start copying to, plus the total shellcode data within the Trans2 request, is larger than the allocated shellcode buffer size. This check ensures that data won't be copied past the allocated buffer region.

After the checks are passed, the shellcode data from the Trans2 request is copied into memory and decoded:

The XOR key is updated after the shellcode executes, and a success code is returned to the client:

With Jacob's analysis of the implant's checks and our tag-teamed kernel debugging, we could complete the module:

Crossing our fingers, we tested code execution with a Meterpreter payload:

While DOUBLEPULSAR is a sophisticated kernel-mode implant, its network signature is well-researched, and detection of the implant is highly accurate. On the system front, you cannot escape from memory forensics if kernel memory can be analyzed. Furthermore, any code or commands you execute through the implant are fair game for detection in userspace.

As a naive example, using Volatility's yarascan plugin with the byte string from Jacob's first disassembled implant check, we can see the DOUBLEPULSAR code in kernel memory:

The specific sequence of bytes from the implant is not present in a clean system's kernel memory:

We would like to thank zerosum0x0 for his research into MS17-010, ETERNALBLUE, and, of course, DOUBLEPULSAR. We would also like to thank Countercept (now F-Secure) for providing the public with scripts to detect the implant in both SMB and RDP forms. 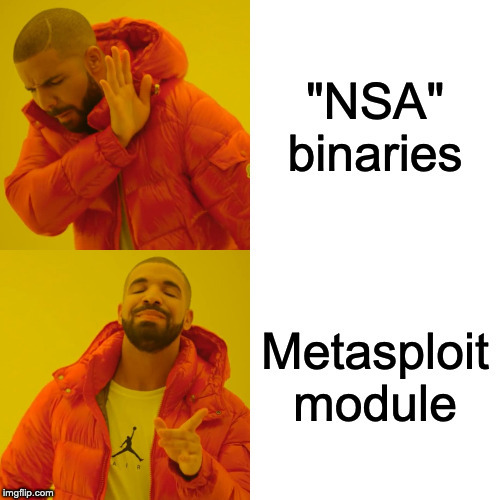 William Vu is a security researcher for the Metasploit Project who focuses on exploit and core development.