Metasploit T-shirt design contest: And the winner is... 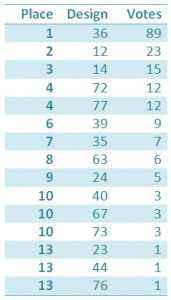 You have voted in large numbers – and the results are out: design #36 is the winner of the Metasploit T-shirt design contest. Danny Chrastil submitted the winning design, featuring the Metasploit logo consisting of code from the payload osx/ppc/shell_reverse_tcp. The back shows the Metasploit splash screen cow, our legendary creature of mystery and superstition.

A few words about the winner: Danny Chrastil aka @DisK0nn3cT is a web applications developer and penetration tester from Denver, Colorado. He has been in web development for 7 years and in information security for 2 years now. Danny recently became a Metasploit user and admirer in 2010. When he's not writing code or pen testing web applications, he is brushing up on his Metasploit Fu! Danny about the contest: “I was just trying to have fun with the design, I wanted to create something that looked cool but was also related to the awesome power of the Metasploit Framework.” Congratulations, Danny!

For those wondering how the votes turned out, I've posted the vote counts. We'll also look into adding some of the other designs in the Metasploit store. Bear with us while we work out the details and stay posted for updates!