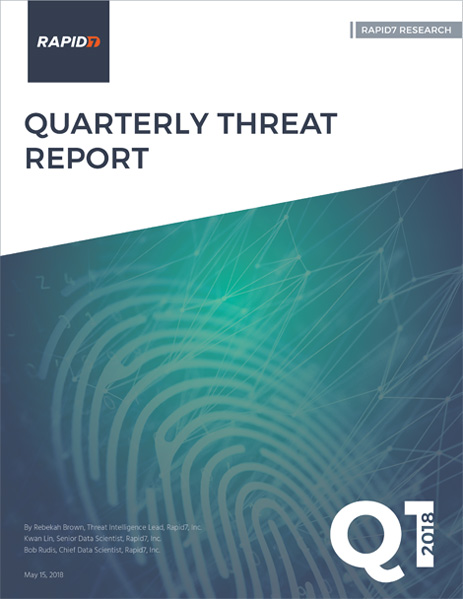 Spring is here! The sun is shining, the birds are chirping, and attackers are coming up with more convincing ways to steal user credentials. While fairer weather does not lull attackers into slowing their pace, it does mean that you can at least sit in the sunshine and read our findings from the past quarter before continuing the mission of defending your network against an often persistent, sometimes creative, and always-on-the-job adversary. This quarter's report covers three main areas of concern for the modern IT defender:

DDoS:
The DDoS landscape just got a lot more interesting with the debut of a new technique using misconfigured—and plentiful—memcached servers. The memcached attack on GitHub was a harbinger of things to come for DDoS mitigation practices.

SMB and SMI:
Finally, we take a look at the increasing levels of SMB and Cisco SMI attacker probes and attacks, where the former continues to define the “new normal” level of background malicious behavior around Windows networking, and the latter begins to bring shape to this relatively new attack vector targeting core router infrastructure. 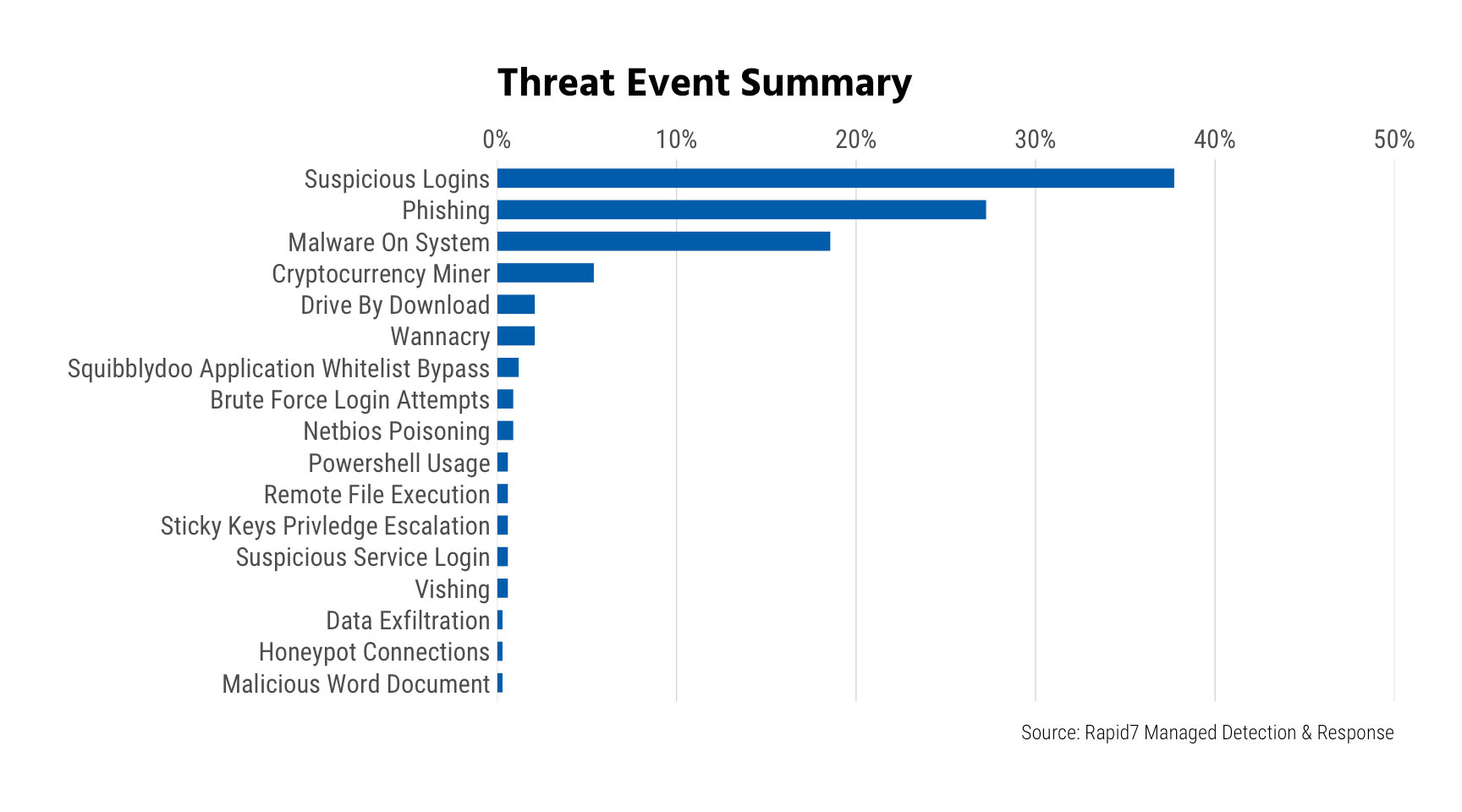 View Now
The DDoS landscape just got a lot more interesting with the debut of a new technique using misconfigured—and plentiful—memcached servers.
Rapid7 Quarterly Threat Report: 2018 Q1
In Q1 we saw that the most common phishing campaigns were aimed at stealing credentials and masqueraded as DocuSign, Office365, and Dropbox, although there were other attempts to masquerade as Amazon Prime, Apple, and other sites or services.
Rapid7 Quarterly Threat Report: 2018 Q1
The top four significant incident types in this quarter were suspicious logins, phishing, malware on system, and cryptocurrency mining.
Rapid7 Quarterly Threat Report: 2018 Q1
Webcast: May 17th 2PM ET / 11AM PT
Register for our webcast to hear directly from Rebekah Brown and Bob Rudis on what they think are the biggest takeaways from 2018 Q1 when it comes to the threat landscape.
Register Now
Attacker Behavior Analytics
Our findings don't stop here. Learn how Rapid7 researchers take the threat trends they see in the wild and turn them into Attacker Behavior Analytics to feed threat detection in InsightIDR.
Learn More