The Return of Rapid7 Rapid Fire: A spirited infosec debate, round 3 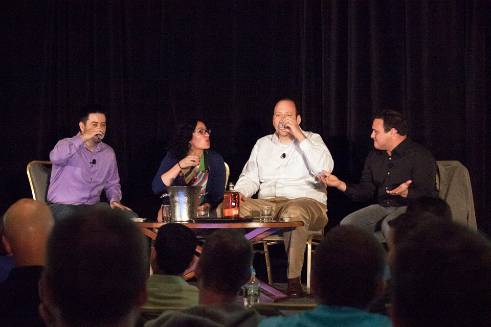 The topics: Controversial. The answers: Unfiltered. The alcohol: Plentiful.

I'm talking about Rapid7 Rapid Fire -- it's happening for a third time this June in Boston. Bonus: This year, It's totally free and open to the public, so please join us!

It's a panel debate where we ask some big names in infosec to argue for or against a number of controversial topics in our field. To make things interesting, the panelists are often asked to debate a side of the argument they might not even agree with. These folks are smart and opinionated as it is, but to take things even further, we also ply our esteemed thought leaders with alcohol, because that's how we roll.  (Photo to the right is from Rapid7 Rapid Fire at UNITED 2013.)

Who's on the debate panel this year?

Cost: None, and no need to register or get tickets. Just show up!

Debate topics and the winners of the debate are decided by you, the audience, and the losers have to drink. (But let's be honest, the winners often join in anyway.)

Last time we did Rapid7 Rapid Fire (2013), some of the topics up for debate included:

Remember: Panelists may have to play devil's advocate and argue for a position they don't agree with! 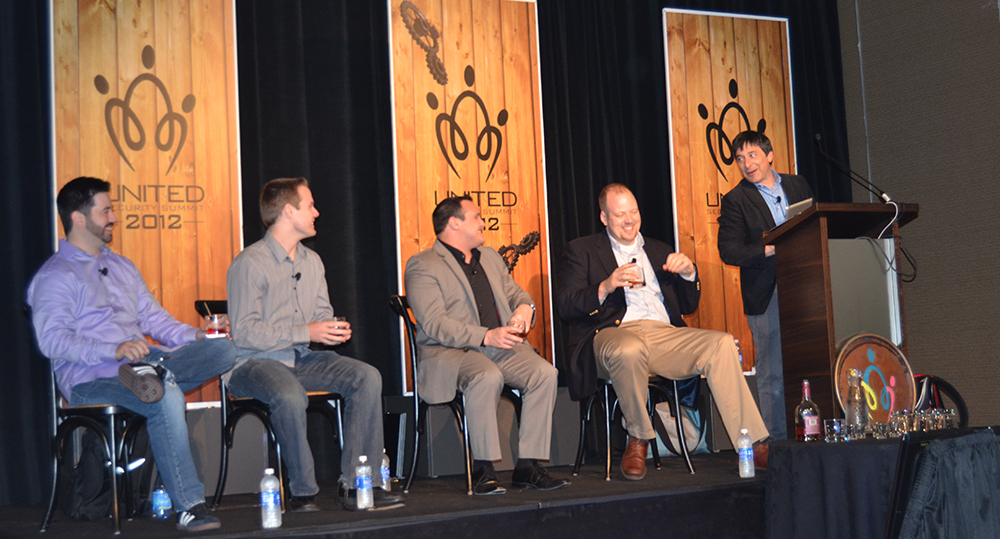 This debate has been a crowd favorite both times we've done it at our UNITED Security Summit. And yes, we are holding our UNITED Summit again this June -- and would LOVE for you to join us for the whole thing -- but Rapid7 Rapid Fire has been such a breakout hit that we're opening it up for free to anyone who wants to come, no registration required.

That's right: We're opening our doors to the security community and invite everyone to join us for at the opening night our UNITED conference for Rapid7 Rapid Fire, completely free. Did I mention there will be food and drinks, too?

None. Seriously. No, you don't need to pay anything or register for anything, nor will we subject to you a sneaky sales pitch somewhere. We also won't ask you to register or sign up on any kind of list, either. This is our way of trying to give something back to the local security community and to help foster robust discussions.

So come and network with your peers, grab a bite and a drink, and see a spirited panel debate that's sure to be fun and engaging. And this is in Boston in June, so we might not even have any snow! (No promises though.)

I leave you with the most important question of all: What should the panel drink this year? We've had scotch and sake in previous years. For this year -- vodka? Rum? ...Jagerbombs!? Yikes.  Tweet your ideas at us using the hashtag #UNITEDsummit or send 'em directly to us at @UNITEDsummit -- we'll retweet the ideas and serve the booze choice based on your feedback. Things could get very interesting.

Cheers and hope to see you at Rapid7 Rapid Fire!