Looking back on the past year, it’s hard to believe everything that the Metasploit team and community have accomplished. In compiling this post, I was constantly saying to myself, ‘Wow, was that only a few months ago?’ There were certainly a lot of fond memories. I hope you also find something to love in these 12 Memorable Metasploit Moments.

We began the new year on the tail of the very first Metasploitable3 Capture the Flag contest. The first contest was so popular that we revamped it entirely for 2017 with all new challenges, new flags, a new OS, and a custom deployment system. Foreshadowed at BSides Austin in May, our crack team ran a successful game at Rapid7’s UNITED Conference and later a free-for-all community CTF with over 500 participants! Will there be a 2018 Metasploitable CTF? I’m definitely interested in seeing what the community and folks within Rapid7 come up with next.

Almost as old as Metasploit itself, the Google Summer of Code offers college students the opportunity to work on an open source project for a summer, while earning a stipend and gaining experience. We had a great set of students in the first year of the Metasploit project participating, which resulted in improved Linux stagers, a new Rex FTP library, and a ton of Metasploitable3 improvements.

To keep everyone up-to-date with the latest developments inside and outside of Rapid7, we have made it a point to regularly update the blog with what’s new and cool. In a unique twist at Rapid7, the Metasploit team also posts demos of interesting Metasploit features every 2 weeks on the Youtube channel. Look forward to even more in the coming year (and help us hit 10,000 subscribers!). There’s even a new Metasploit Slack channel, complete with IRC bridge, to make our world a little more connected.

Metasploit.com got a complete overhaul this year, which made it easier to update, nicer to use, and a lot sexier looking. It now has a lot more useful information about Metasploit Framework, related projects, and even tracks live development statistics. In the coming year, we are making it into a live documentation portal as well, which will make it easier to know how to use the latest features, write modules, and hack the planet.

Metasploit stretches all the time to gain new exploitation methods and techniques. This year Metasploit moved into the physical domain, with interfaces for software-defined radios, cars, industrial control systems, and more. The hardware bridge subsystem provides glue that allows modules to interact with devices not just over IP networks, but over almost any physical interconnect. Not to be outdone, the famous Lorcon2 wireless exploitation modules have also been resubmitted for review, including support for WiFi drone spoofing! Look forward to more interesting hardware modules in the coming year year. 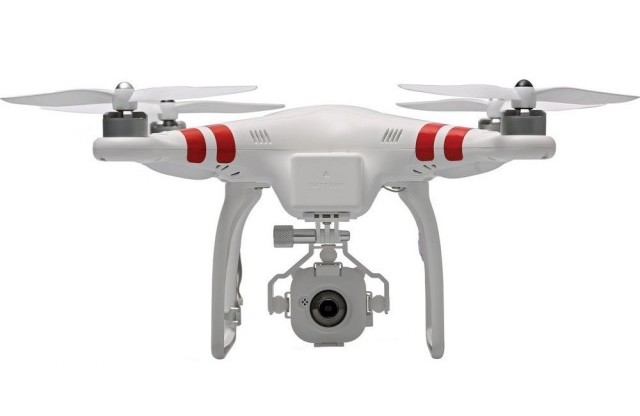 Community and Rapid7 developers worked together to land over 225 new modules in 2017, which is over 75 more than last year. Some of my favorites included:

There are many cool modules that landed this year, but unfortunately we don't have space to cover them all here. Luckily you don't have to take our word for it, since every one of them is available for free in Metasploit Framework!

Metasploit’s Meterpreter payload was originally designed to provide a post-exploitation agent for Windows machines. Java, Python, and PHP versions came along later, and made post-exploitation easier on non-Windows targets as well. Now Meterpreter has expanded to support working on over a dozen different Linux architectures, MacOS, native Android, and iOS, with more on the way. Whether you’re targeting a mainframe or a lightbulb, there’s a Meterpreter for every occasion.

In addition to omnipresence, Meterpreter learned a few new tricks. Support for packet-level encryption allowed the Windows Meterpreter to become 5-times smaller, since it no longer needed to carry a full TLS stack. The 'kiwi' module became more modularized and easier to synchronize with Mimikatz upstream, though see below for unintended consequences. Meterpreter now supports customized HTTP headers, which can be used to impersonate unsecured domains. There's even DNS transport support in the works, thanks to the hard work of the community.

One of my favorite ‘bugs’ we fixed this year was really a lesson in being careful. For years, as alluded to in this tweet, the ‘kiwi’ extension in Meterpreter has had a special feature that would enable a light show on servers whenever it was in use. We finally got the message and disabled it but it does go to show you can lead a horse to code, but you can’t make him read it :)

SMBv2 support has been anticipated in Metasploit for some time already. WannaCry and other exploits related to SMBv1 have only accelerated the need. We went full-force into implementing all of the required methods for SMBv2 filesystem and basic DCERPC support. As a result, we are nearing completion of full client-side support for SMBv2 modules, with server and session support anticipated for 2018. The Ruby SMB project has been moving . Check out the latest Metasploit Demo video to see it in action: https://youtu.be/7JLfryEqmWA?t=601

There’s a Snake in My Module

Another semi-controversial but highly anticipated Metasploit feature is the ability to run modules written in other languages, with Python being given a heavy emphasis. Currently, Metasploit already has 2 modules that leverage this experimental feature (one exploit, and one DoS module), with several more on the way. Got an idea for a module, but can’t quite get the hang of Ruby? Chat with us on IRC or Slack and see how you can help out.

This year, we also hosted the very first Open Source Metasploit hackathon in Rapid7’s Austin office. Combine a rotating cast of contributors, way too much food, a couple of guitars, and some incredibly outsized laptops, you end up with some great Metasploit hacking and fun. We're in the planning stages of our first International Metasploit Hackathon next year, which should be an even bigger success. 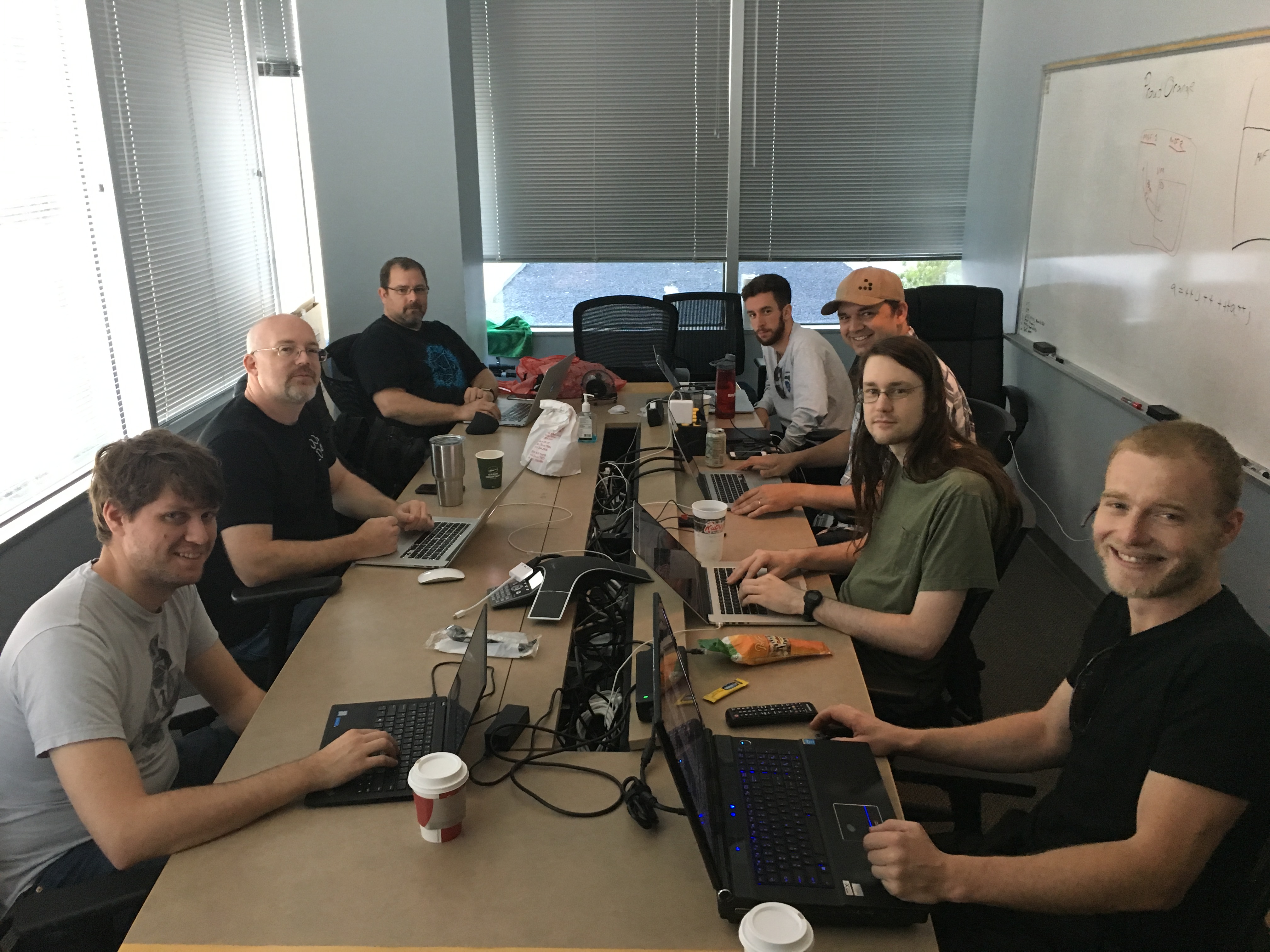 Finally, we should recognize the Metasploit members who moved on from the project this year: James ‘egypt’ Lee, Lance ‘darkbushido’ Sanchez, and David ‘thelightcosine’ Maloney. They contributed a lot to the project over the last 5+ years, and we’ll always remember them, whether poring over code commit logs, or just following them on Twitter (don’t worry, they’re still alive!). So long friends, and thanks for all the shells! 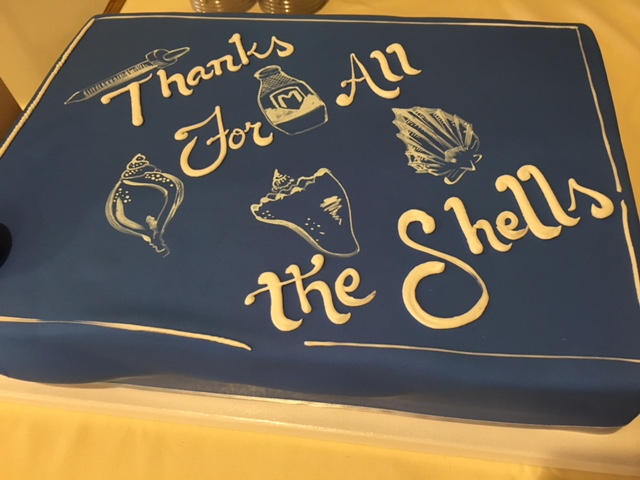