Rapid7 determined that the techniques related to the sample analyzed in this blog post are commonly used one at a time across many distinct malware families as one-off antivirus bypasses. However, the multi-layered antivirus evasion techniques found in this sample highlight the increasing sophistication of commodity malware campaigns’ dropper payloads. Our MDR team determined that at the time of analysis, the document sample’s actions resulted in the execution of a final-stage payload that contained a configuration file colloquially associated with the TrickBot family of malware. Malicious document dropper techniques are often final-stage-agnostic, so this analysis will focus on the malicious document itself. No familiarity with TrickBot is required.

To begin with malicious document analysis, our MDR team often detonates samples using open source automated malware analysis sandbox tools to gain some insight into the behaviors of the sample in question.

In this instance, upon opening the document in Microsoft Word, the malicious document displays the following error: “We’re sorry. We can't open 18575DOC18575 because we found a problem with its contents."

Clicking “Details” reveals the following message: "The file is corrupt and cannot be opened." 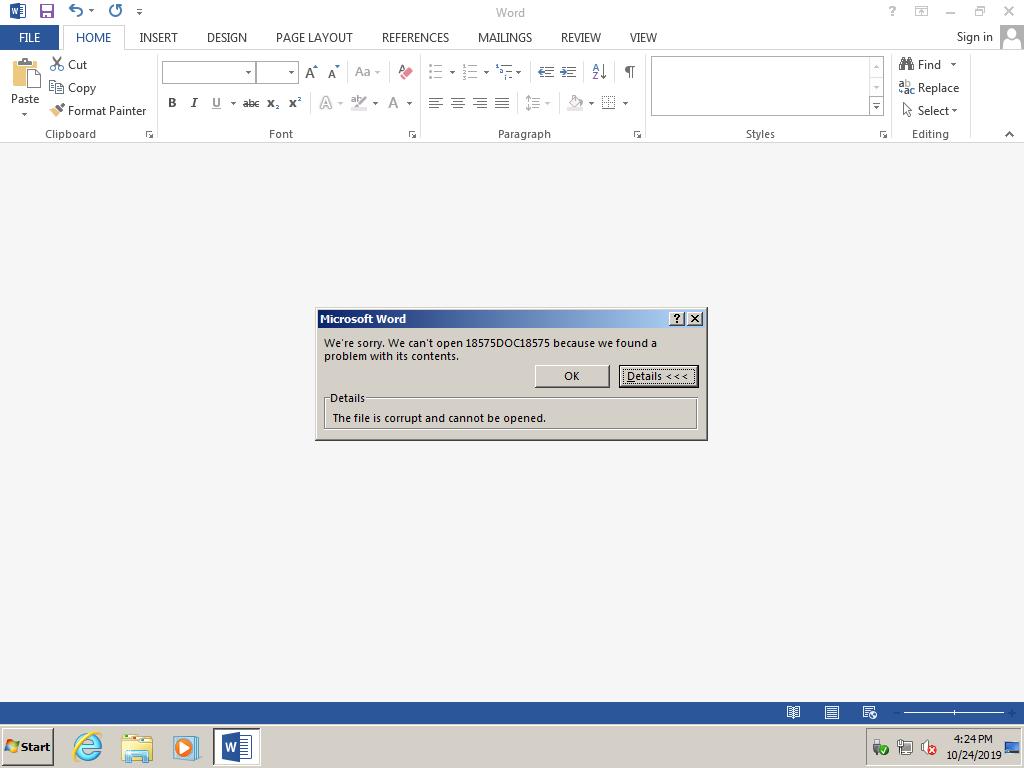 After clicking "OK," a new error dialog box displays the following: "Word found unreadable content in 18575DOC18575. Do you want to recover the contents of this document? If you trust the source of this document, click Yes." 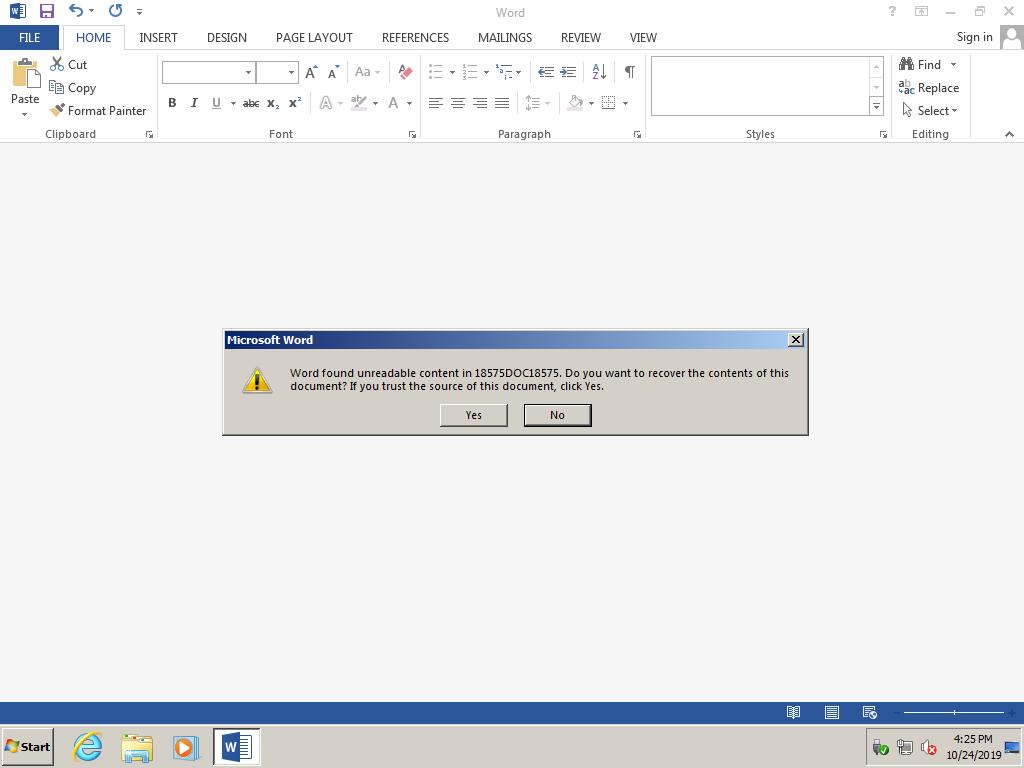 The error is caused by the inclusion of form-data in place of the document header:

It is possible that the document headers were mistakenly prepended—however, the nature of the malformed document's error indicates that the malformed headers are used to circumvent antivirus solutions or act as an anti-sandboxing technique: 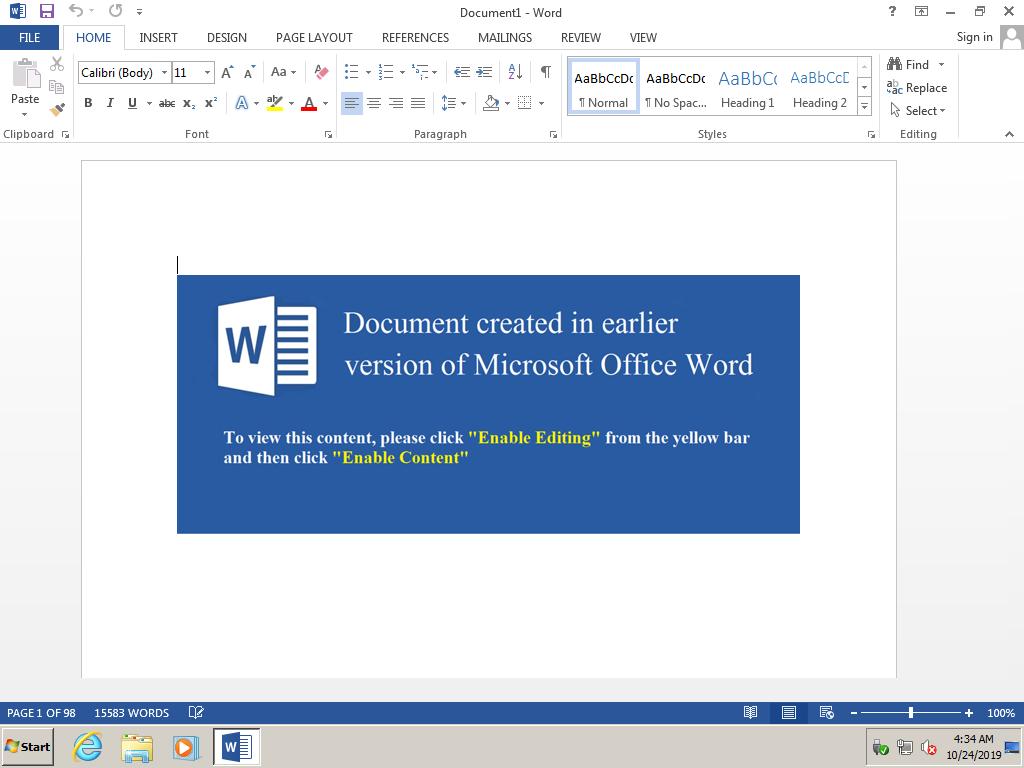 If a user enables the document's macros, the following VBA is executed when the document is closed:

The macro subprocedures CopyTemplateToRepo and StupidError are "junk code" taken from an open source project, which are included but not called. This is a technique leveraged by malicious actors to circumvent antivirus software. 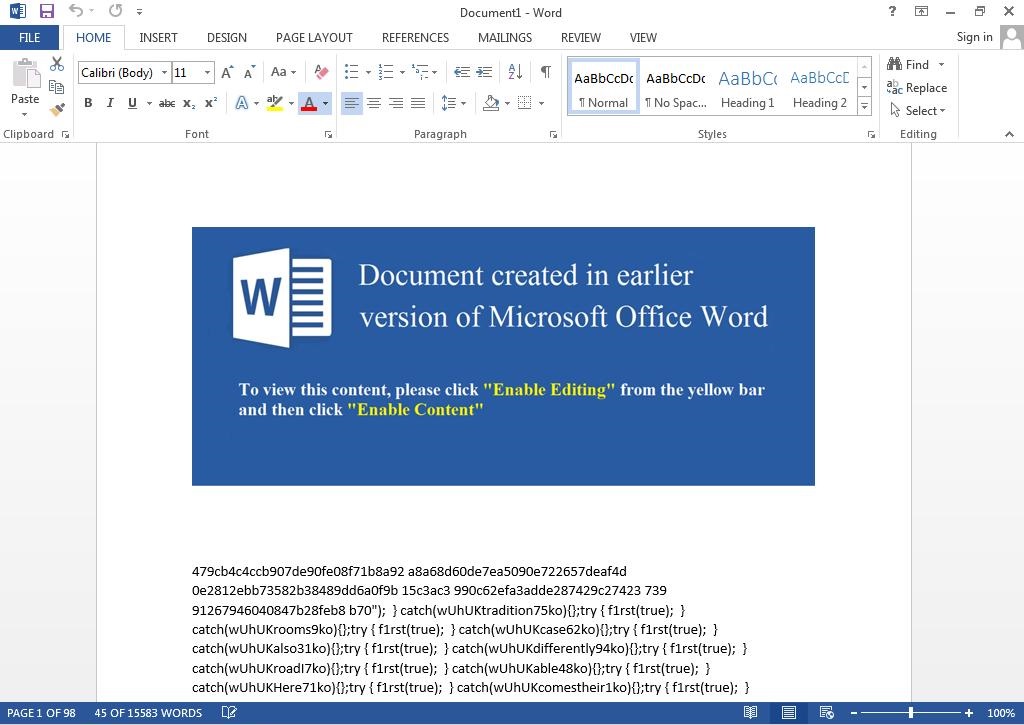 The document's text is heavily obfuscated and is shown truncated below:

During initial malware triage, analysts require a quick way to extract and act upon indicators of compromise (IoCs) before full analysis is complete.

The dropper payload and its ilk rely on convoluted function calls that return individual characters (this obfuscation technique is quickly identified by the large number of calls to one function).

Using a tool such as CyberChef's "JavaScript Beautify" recipe, we can format the obfuscated code to be more readable.

Rapid7 analyzed function obDlaao and determined that it returns the result of fromCharCode(first_parameter).

This prints the following:

We can immediately identify function calls, an error message, Microsoft binaries, a malicious URL, and GET parameters, all of which could prove useful as IoCs.

After identifying a pattern in the function call, we can reduce the malicious payload from roughly 11,000 lines to fewer than 600.

Rapid7 found this pattern by looking for similarities in the structure surrounding the function call. We are able to grab capture groups that are added before being passed to the function. This particular regular expression will not work for most samples, but the methodology is effective across samples.

Overall, malicious documents are one of the most common methods of initial breach. The sample analyzed incorporated malformed document headers, malicious embedded VBA macros, PowerShell commands, heavily obfuscated JScript, startup persistence, and payload hiding in NTFS alternate data streams. These are techniques which evaded the detection of many antivirus solutions.

When facing unknown threats, or the aforementioned evasion techniques, it is advantageous to have a team of around-the-clock experts monitoring to defend against threats and stop malicious actors in their tracks.

For additional context, we recommend reading the following adjacent and insightful work: 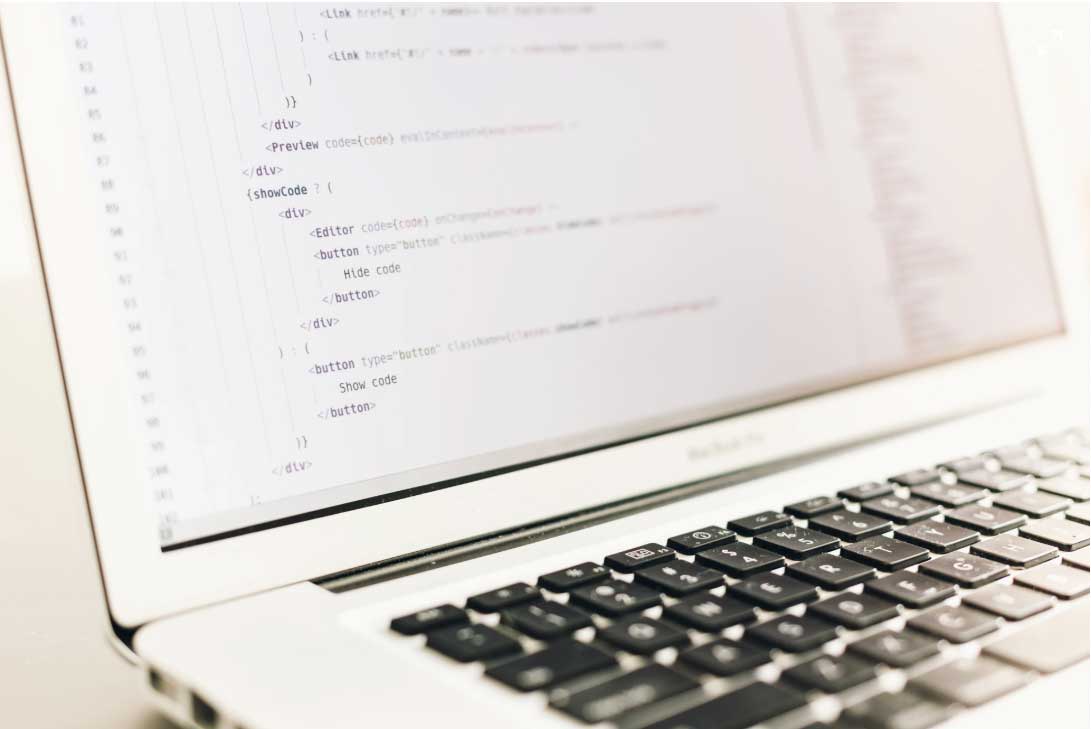