What is Acceptance Testing?

The tester of the system knows nothing about any internal implementation of the system. Their only concern is with the functionality of that system – if it matches the given requirements.

In Black Box testing, the system is provided with a series of inputs, and the outputs are checked against the specification. The test is said to be passed, if the outputs match the requirement. Internal implementation can change at any time and this must not affect the validity of the tests.

How to Pick Good Test Data

Your tests are only as good as the data that you use in them. It is important to come up with a data set that will trigger all possible paths through your system, but without knowing any implementation specifics and relying only on provided system requirements.

Two methods can be employed to identify the most suitable values to be used in testing: 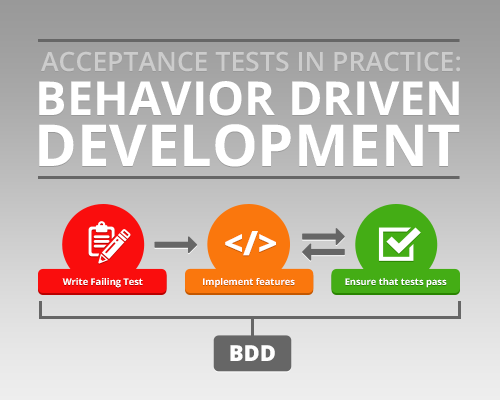 BDD is particularly useful for Acceptance Tests, since User Stories are at the heart of BDD methodology. It advocates that a developer first writes a User Story. This User Story is used both for documenting the feature and triggering the acceptance tests.

The Logentries Engineering team uses Python Cucumber and Gherkin to write and execute our User Stories. Gherkin a Business Readable, Domain Specific language. It can be used to clearly describe user stories which are separated into multiple scenarios. Each scenario is a separate user story. Each line in a scenario is a requirement for that user story and is then mapped onto a Python function which executes the actual test.

Therefore, we achieve two goals at once:

BDD can be used to test the functional aspect of browser-based user interfaces. For instance, at Logentries we use Selenium Browser Automation Tool with Python Bindings to drive our UI Acceptance Tests. Each User Story is executed against the bleeding edge version right inside the browser, and Python code instructs the browser to perform actions such as clicks, and then checks for expected result (Success messages, validation errors and so on).

It’s like watching a really fast user clicking through your UI.

Consider the following example: You have a checkout page where your user is presented with the final price. The user can select to pay in their own currency. Based on the selected currency, your system performs a currency conversion, and the conversion rate is obtained from your bank’s API. How can you test that the conversion works, since you don’t know the conversion rate at the time when the tests are running?

In this case, you can mock the API. For instance, you can modify your /etc/hosts file temporarily to point all requests that go to your bank and redirect them to your mock which always returns the same currency conversion rate. In this case, you have predictable data and you can test that €3 would always be converted to $4 (or whatever it might be).

Acceptance tests are crucial to verifying that the final product matches the provided requirements. By utilizing Behavior Driven Development in Acceptance Tests, we ensure that each shipper feature is always clearly documented and the this documentation is used to drive functional tests.