What an exciting year 2015 has been to work at Rapid7! We had our IPO and made two awesome acquisitions' in NT OBJECTives (NTO) and Logentries. Another of the many notable events that have occurred over the past 18 – 24 months has been the growth seen in the size of the products team. At the core of this expansion has been the Belfast R & D office, which has now been established for almost 2 years. Leonardo da Vinci said, “One shall be born from small beginnings which rapidly become vast.” This has certainly been true with the Rapid7 Belfast office! On December 16th 2013, Chris Wallace (“Big Red” to those who know him) began an accelerated recruitment drive that would see the Belfast office have almost 75 employees in November 2015. During this 23 month adventure we have progressed from Chris's home office through serviced offices and finally to our own office space in May 2015. 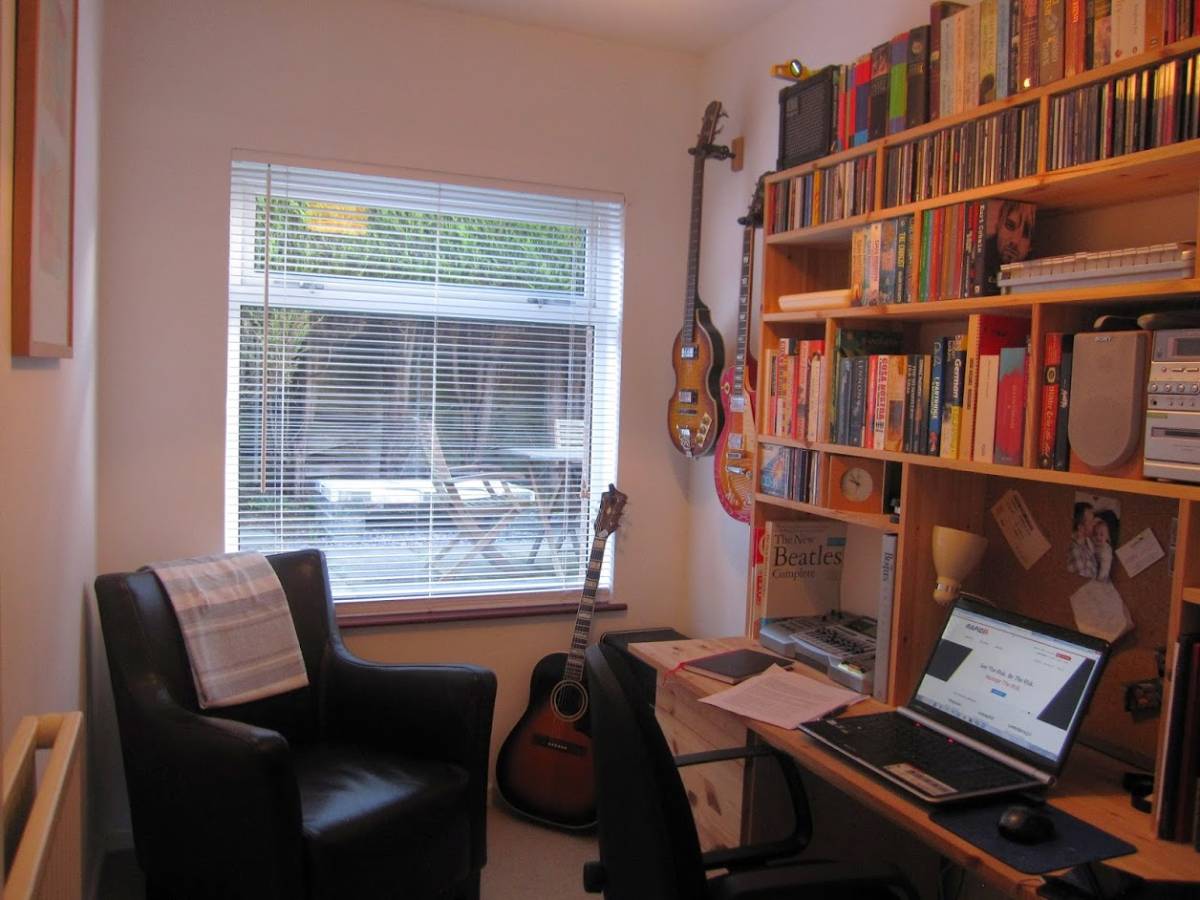 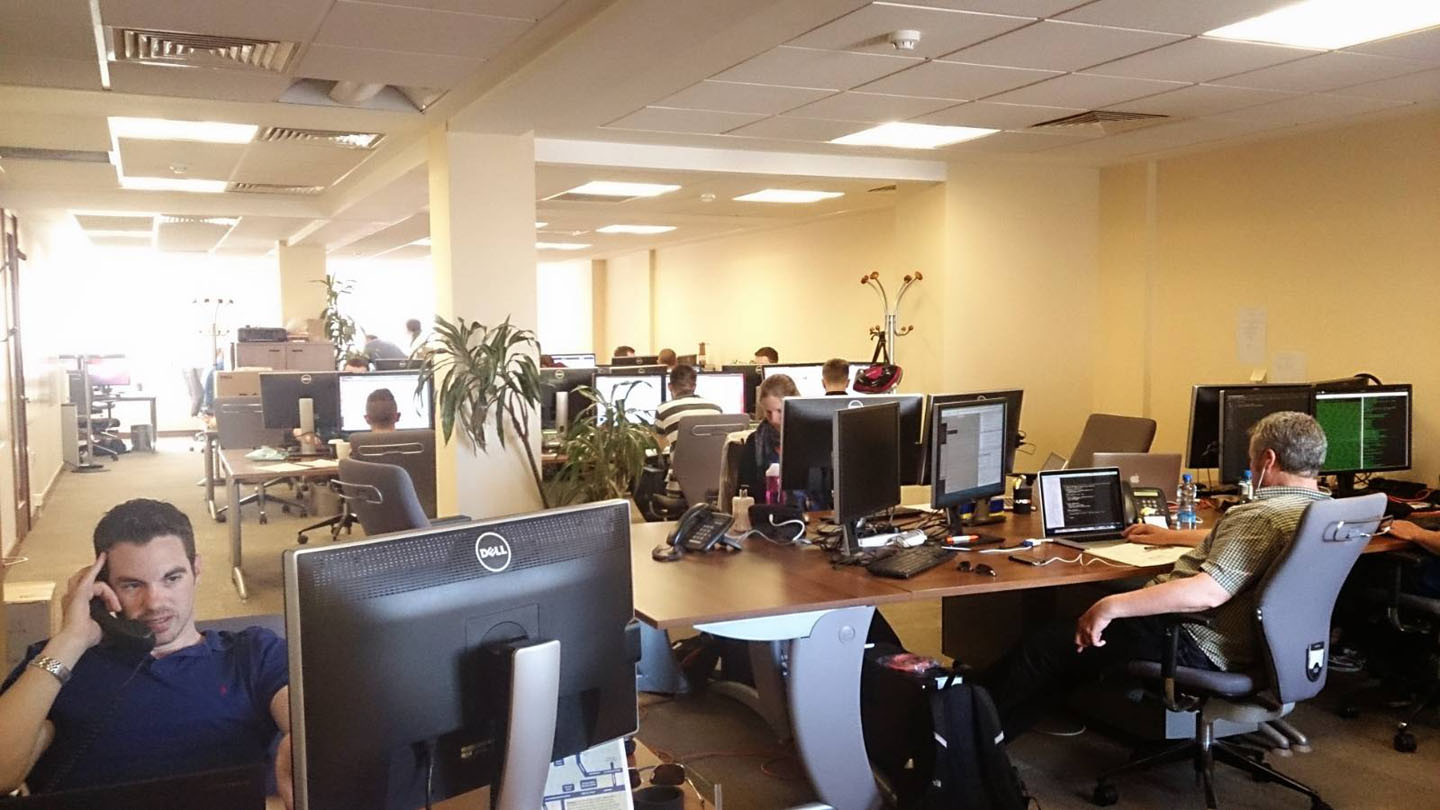 Tuesday November 17th 2015 saw another landmark occasion for the Belfast office as we held our first Rapid7 Hackathon, something that we typically do once a quarter and rotate across offices. We were excited to welcome Moose* from the new Dublin office (formerly Logentries), Toronto office, Cambridge office, and L.A. office along with guest appearances by SVP of Product Delivery Rich Perkett and Rapid7 CTO/Co-founder Tas Giakouminakis. 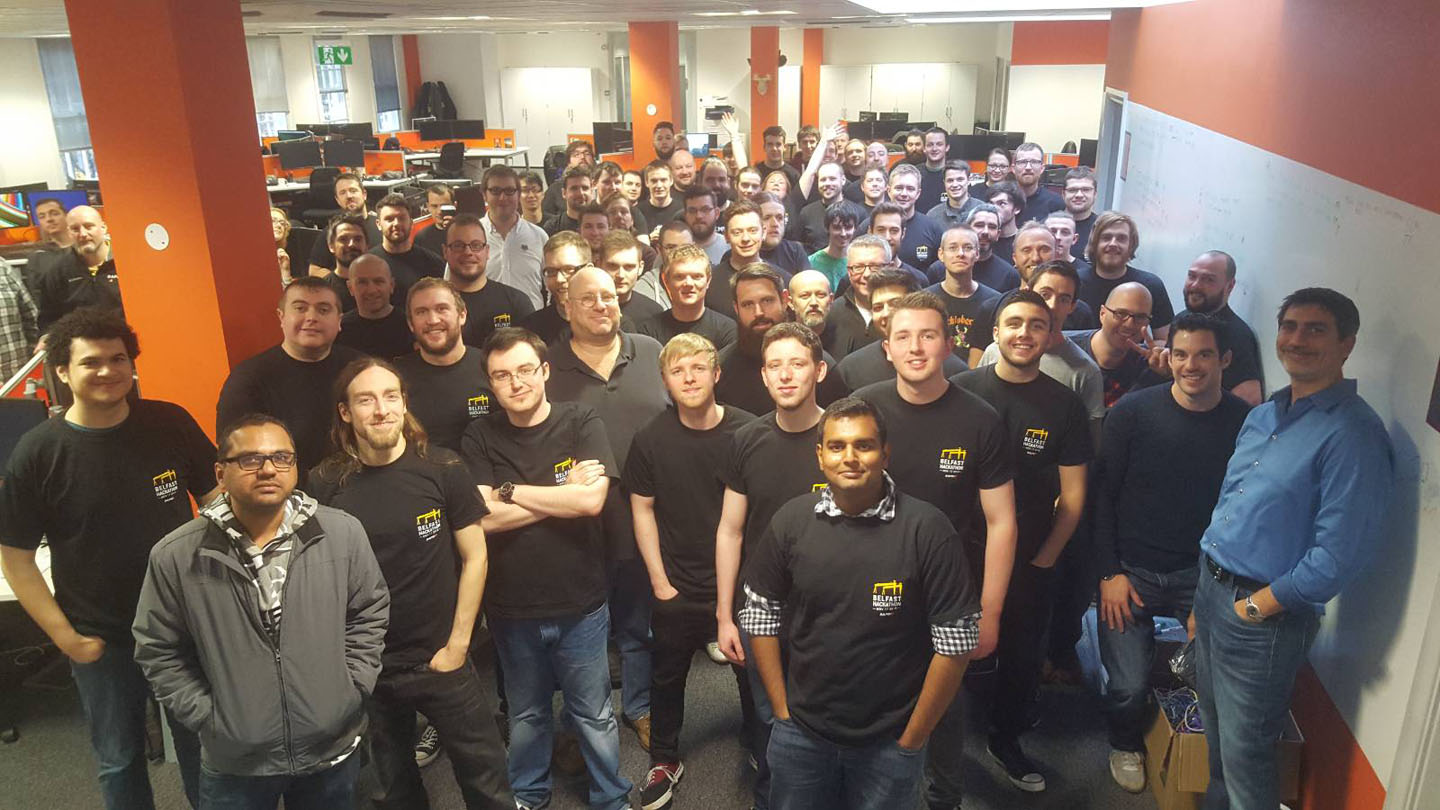 For the day of the hackathon, our visitors to the office swelled our ranks to almost 100 people meaning, we would have the largest Rapid7 Hackathon to date outside of the landmark hackathon that took place after the 2013 Rapid7 Global Kick Off. The plan was to begin the Hackathon at 11am and run through to 11pm when presentations and judging would take place. With that in mind, the team in Belfast, assisted by multiple contributors, had accrued over 60 project suggestions in the preceding weeks! The idea's came in from across the products organization and touched a wide variety of problems which when solved would have maximum impact for our customers. To ensure we could begin promptly on the day of the hackathon the team in Belfast had written (I use the word ‘written' here loosely, all who have had the task of reading an engineer's handwriting will understand why the keyboard is one of the greatest inventions ever!) brief descriptions of each idea on one of our large whiteboards on the previous day to allow us to organize such a large group of developers (Did some one say herding cats?). From 10am, everyone gathered to discuss the proposed projects and, after a process of elimination, we managed to whittle things down to 14 teams, each with a unique project.

Below is a small selection of the teams who took part... 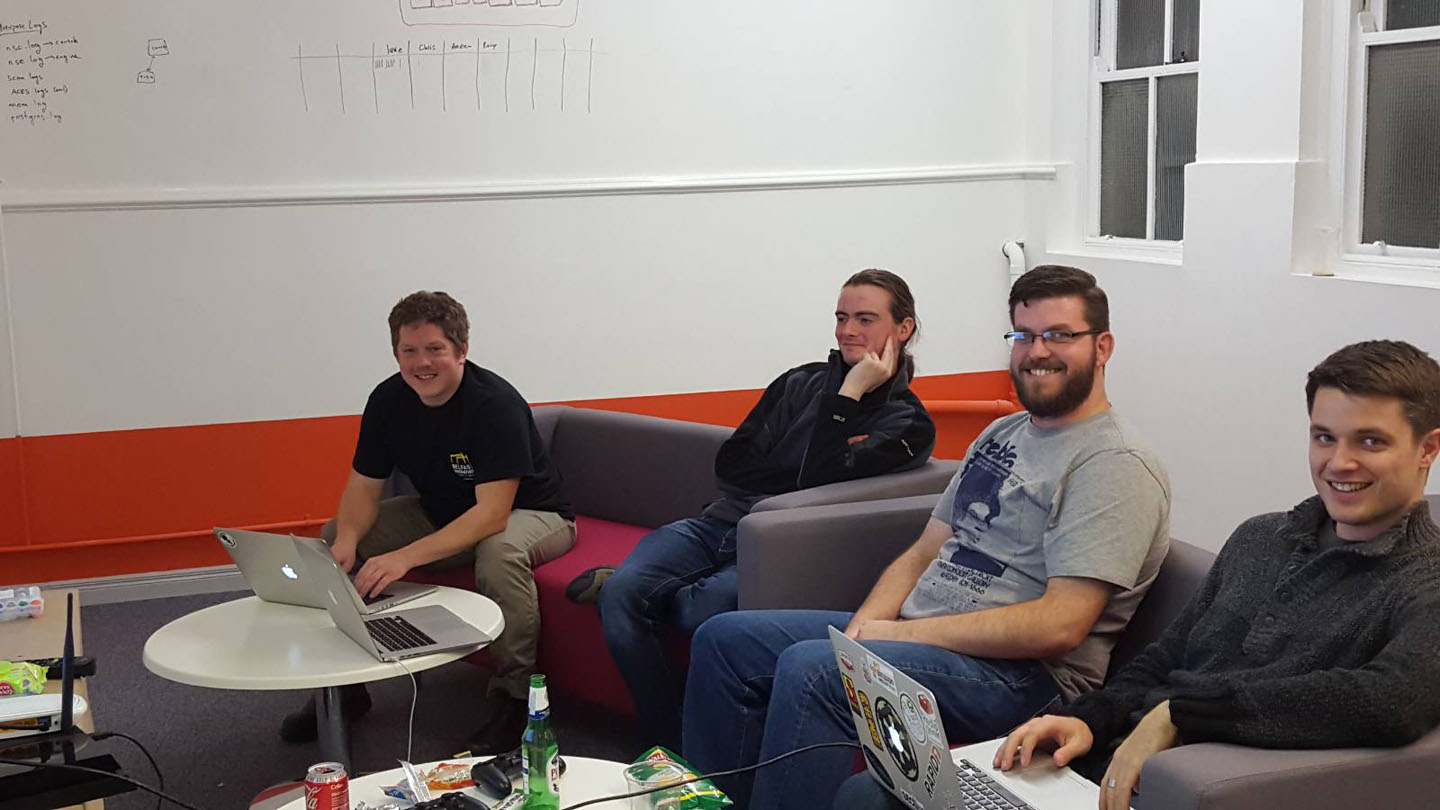 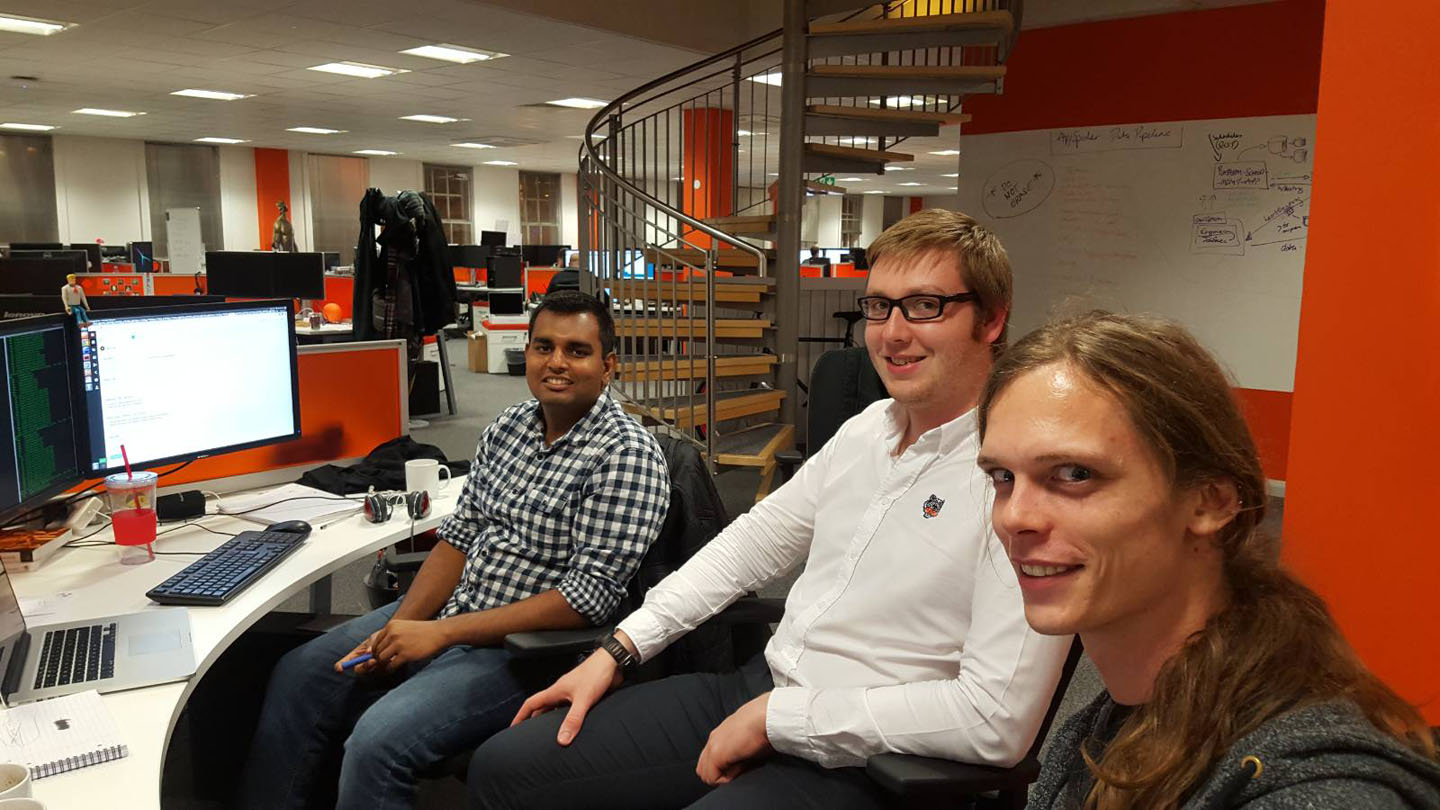 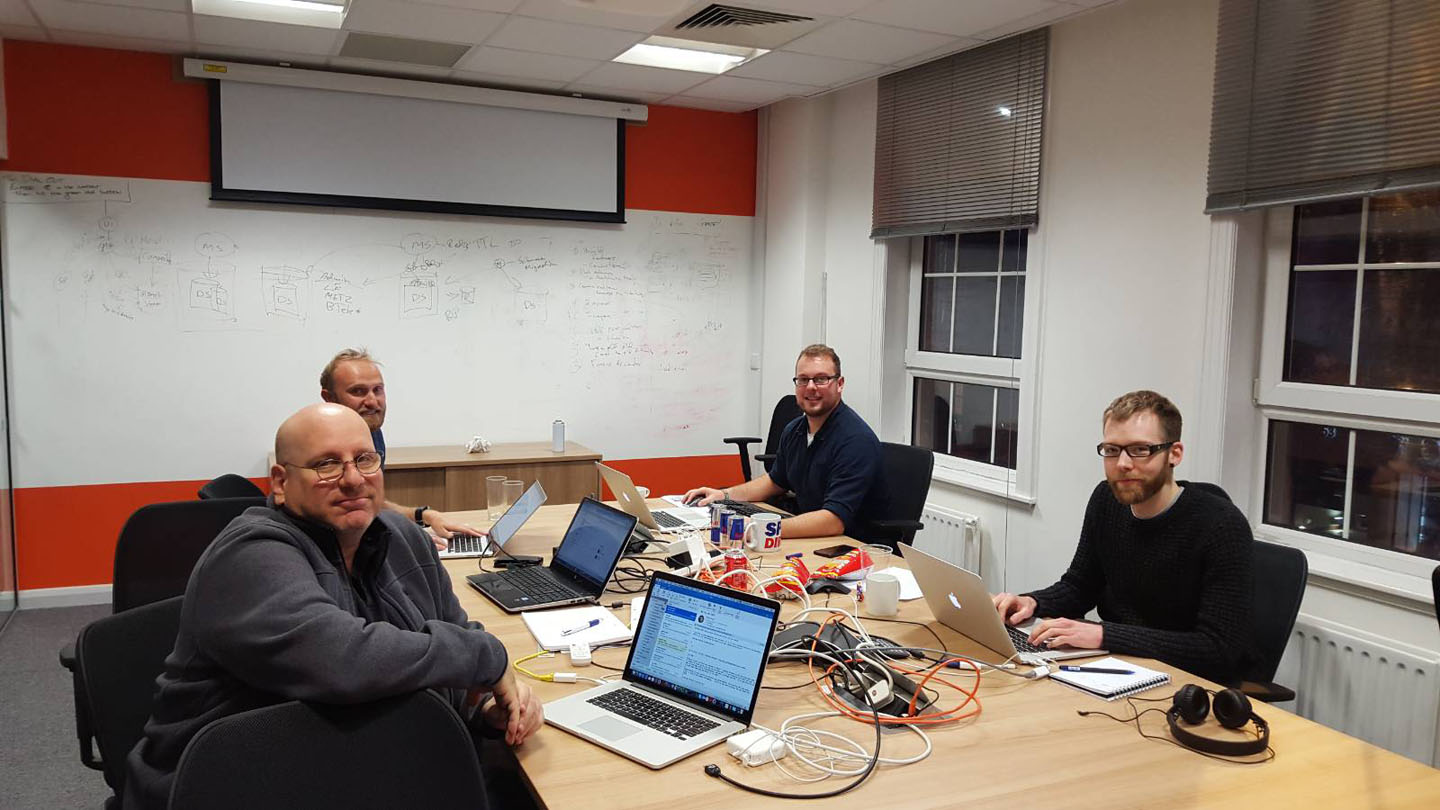 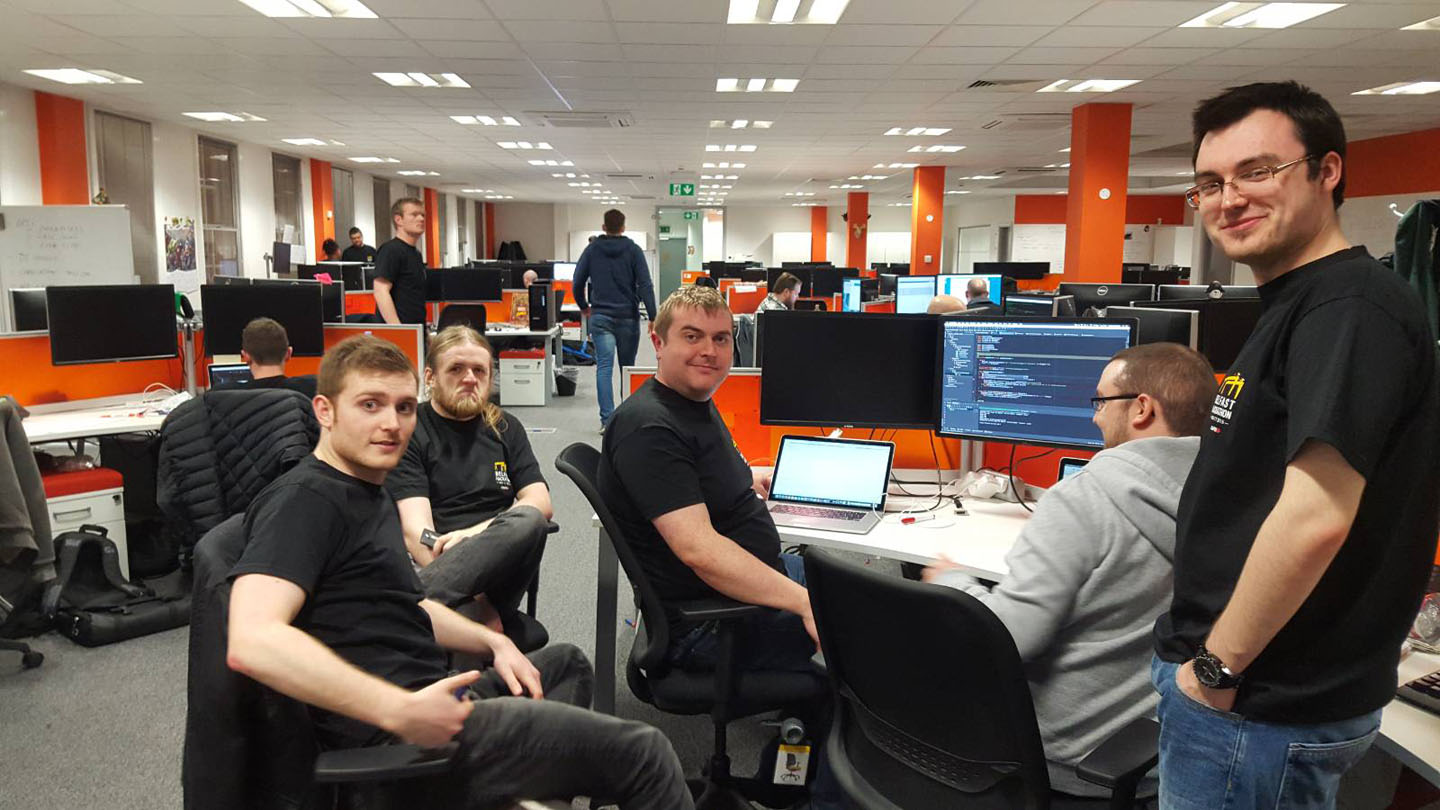 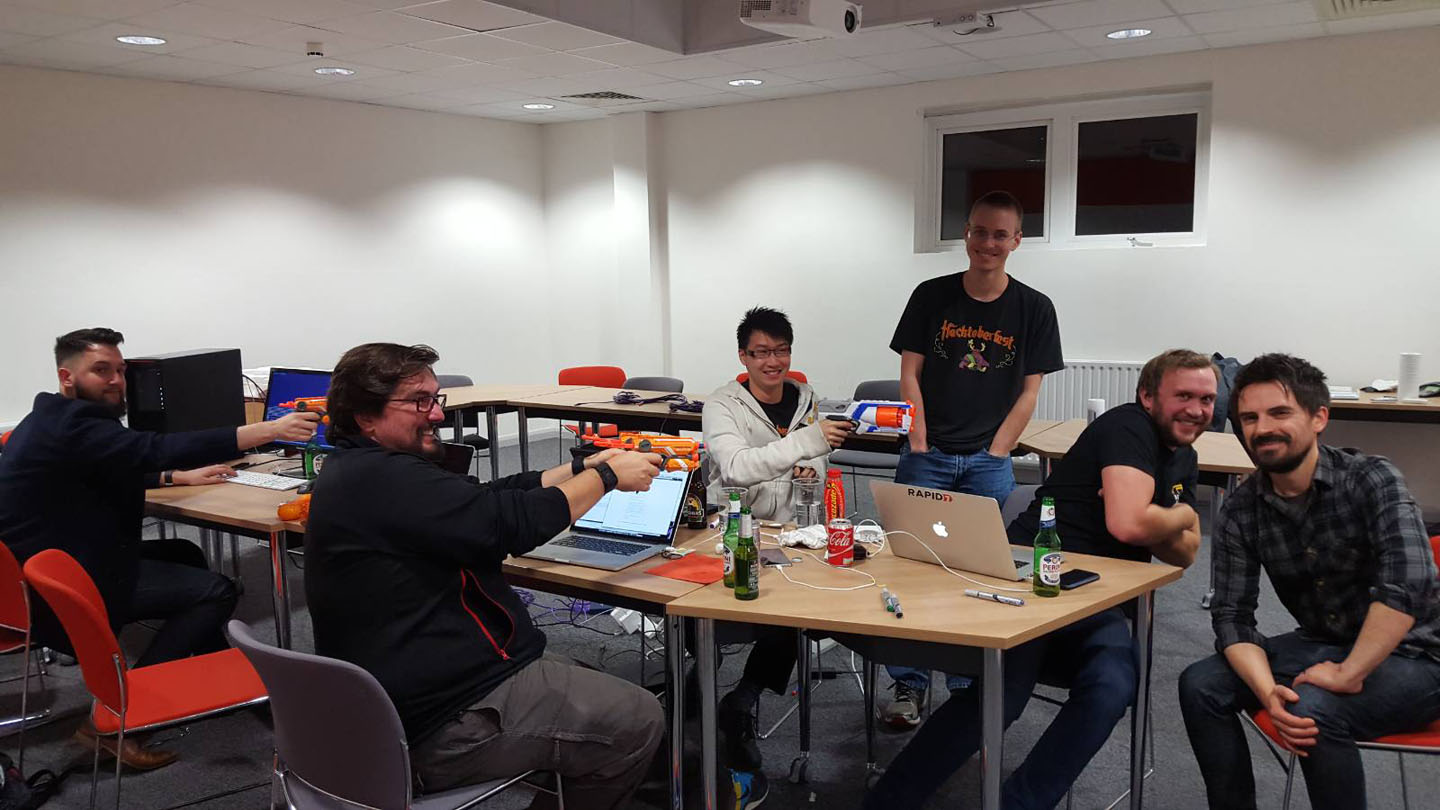 The security landscape is continually evolving, and at Rapid7, we are constantly looking for innovative ways to not only solve today's problems, but also enable our customers to solve tomorrow's as-yet-unknown ones. Thus, innovation is encouraged amongst all Moose*. This innovative spirit was definitely a common theme throughout the projects undertaken at the hackathon. Projects focused on a wide range of areas including scaling and enhanced profiling of the Rapid7 Cloud Platform, off-line assessment and real-time data analytics, next generation asset finger-printing analysis, intelligent phishing detection using machine learning, Web shell detection, customizable report builders, and Rapid7 ‘Target Labs' enhancement.

After an innovative but long day interspersed with copious amounts of sandwiches, Chinese food, energy drinks, energy bars, sugary treats, chocolate bars, crisps (Chips to our U.S. friends) and of course a few tins (Cans to our U.S. friends) of Guinness, not to mention some well earned R&R at the pool table the teams finished, had a short break and began to present what they had achieved. The presentations lasted from just after 11pm to 1am and the judges all agreed that the standard of work and amount accomplished in just 12 short hours was nothing short of awesome. Every team had approached their unique project with the customer at the heart of all they did and over the coming months the products team will have some amazing features and enhancements to roll out!

After considerable discussion (Which proved animated considering it was post 1am!) the judging panel selected 3 teams to be awarded prizes including iPods, drones, Wi-Fi speakers and Chromecasts. Each winning team was cross-functional, made up of Moose* from multiple offices and had chosen a project which would have maximum impact for our customers when delivered in full. 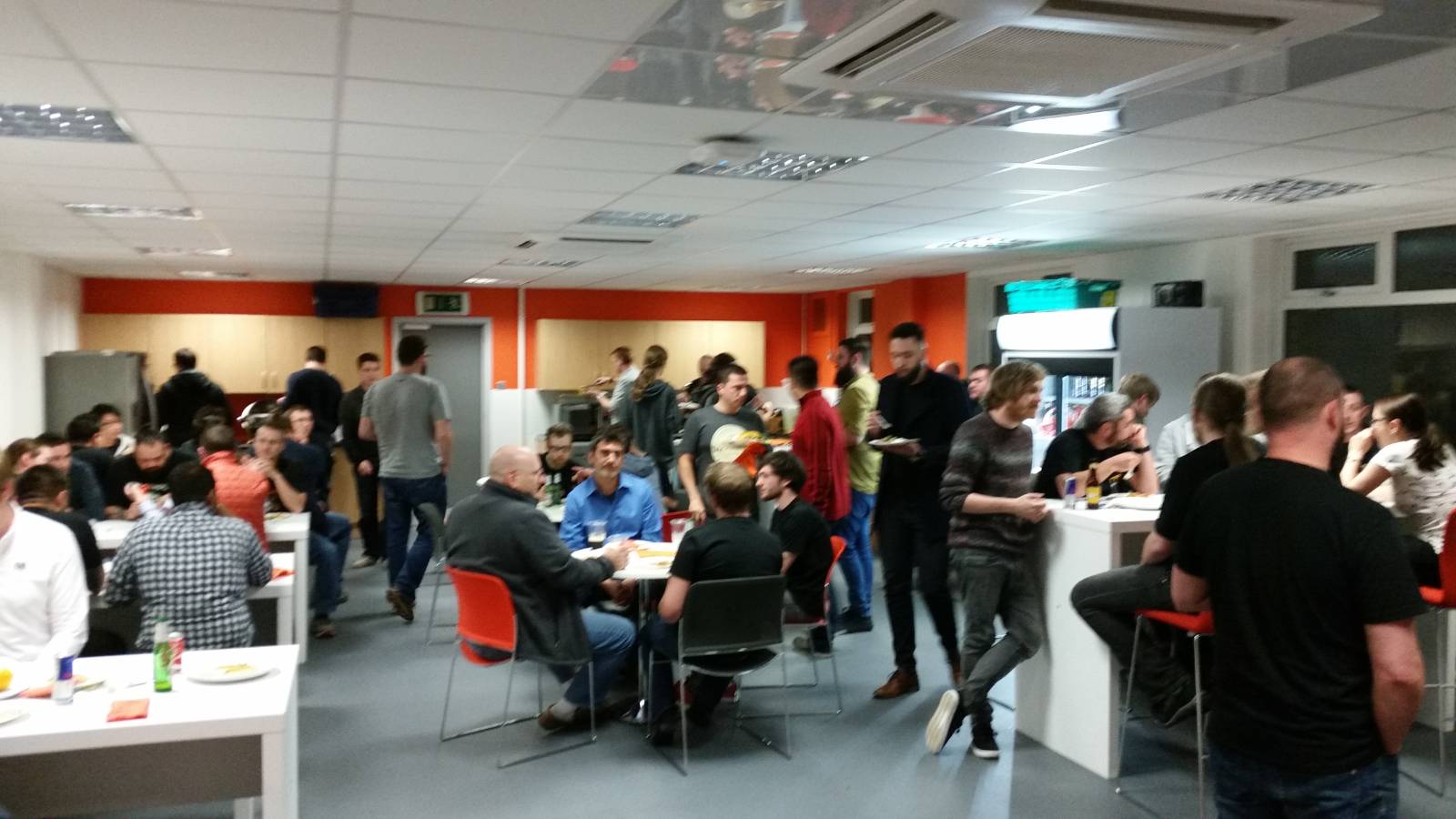 The special award for ‘Blue Sky thinking' went to a team made up of Ross Barrett, Senior Manager for Data Collection from our Toronto office and Conor Cassidy, Technical Product Manager from our Belfast office. Ross and Conor decided to take a ‘novel' (Cheesy I know!) approach to writing an educational manual highlighting how Rapid7 portfolio of products can be used together to secure the modern enterprise against multiple threats. Without giving too much away, this definite modern classic could be summed up as follows, “A rip-roaring modern day tale of suspicion, intrigue and high stakes espionage where our protagonists must work together using market leading technologies to ensure the survival of the company they love so much!” Watch out Tom Clancy, Ross and Conor are coming for you! 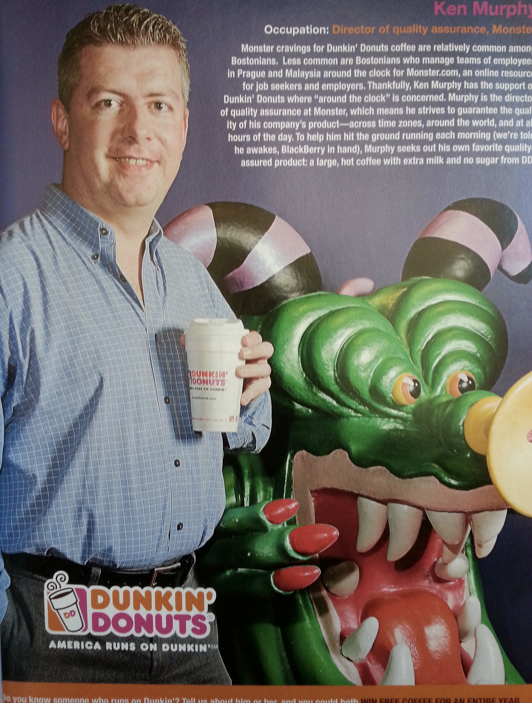 Everyone who took part in the Hackathon agreed that it was an awesome experience with some amazing projects! We look forward to many more incredible days at Rapid7 throughout 2016!