On Dec. 17, 2019, a directory traversal vulnerability was announced in the Citrix Application Discovery Controller and Citrix Gateway, which would allow a remote, unauthenticated user to write a file to a location on disk. Affected products include:

According to security researchers who have done in-depth analysis of the vulnerability, it initially appeared that the impact of this vuln was limited due to the specific file extension (.xml) that could be written to disk. However, upon digging deeper, researchers found that, when combined with the Perl Templating Toolkit, this vulnerability would allow for remote code execution on the host. The Perl Templating Toolkit is a template subsystem for perl, similar to other templating libraries in other languages, that allows for inline code to be embedded in documents to make runtime-generated content easier to manage. For additional technical details, see in-depth analyses here and here.

Rapid7 has deployed several items to help detect the presence of this issue in your environment:

Customers and community members are strongly urged to apply the mitigation in Citrix’s knowledge base article until they are able to patch.

Patches will be released starting Jan. 20, 2020. You can see the list of affected products and the expected patch released dates here.

There was a sufficient window in which vulnerable targets were available to attackers that exploitation was possible and is probable, even when targets had mitigations applied. Rapid7 customers who use Citrix ADC in their environment should audit them for signs of exploitation, or consult the Rapid7 Managed Services team for advice, even if they have been patched or have applied the mitigation.

Rapid7 InsightVM customers can still use the check released on Jan. 13 to assess their exposure to this vulnerability. We will continue to update content checks as new information about the vulnerability surfaces.

Exploitation in the wild

Rapid7 runs Project Heisenberg, which is a honeynet consisting of over 240 nodes in six continents. Heisenberg provides Rapid7 researchers with near-real-time information of exploitation of vulnerabilities for various protocols.

Rapid7 researchers rate this vulnerability as being high-value for attackers. It is trivial to exploit and known to be actively exploited in the wild. Security community researchers have previously noted opportunistic scanning and exploitation; Rapid7 researchers and external researchers have also noted that Citrix NetScaler AMIs on AWS Cloud are vulnerable by default out of the box (as of Jan. 12).

Rapid7 researchers first discovered exploitation of CVE-2019-19781 on Jan. 9, 2020, from several sources. Most of the traffic resembles scanning activity, but due to limitations of the Heisenberg honeynet (specifically, advertising a vulnerable response), these requests may simply be grooming packets attempting to identify targets before sending secondary exploitation payloads.

Rapid7 researchers also routinely monitor exposure across the global public internet through Project Sonar. We've found over 57,000 Citrix ADC nodes on the public internet, depicted on the graph below:

Rapid7 Heisenberg information is private due to the sensitive nature of the honeynet we have deployed. However, Rapid7 regularly releases scans of the entire internet, including popular HTTP and HTTPS ports, which would host Citrix ADC/Gateway deployments. You can visit https://opendata.rapid7.com, download HTTP/HTTPS datasets, and use https://github.com/rapid7/dap to filter those datasets for your organization, and learn more about what is exposed on the internet.

Citrix has released both mitigation steps and patches for the path traversal weaknesses ADC and [Netscaler] Gatway systems. Rapid7 Labs used Project Sonar to tally up the number of exposed ADC/[NetScaler] Gateway systems on the internet and see how many have been patched or have had the mitigations deployed. There were just over 57,000 exposed nodes on TCP port 443, but not all of them let the Labs team collect version or mitigation information. Nearly 35% did, though, and here's what the exposure picture looks like for this slice of the Citrix pie: 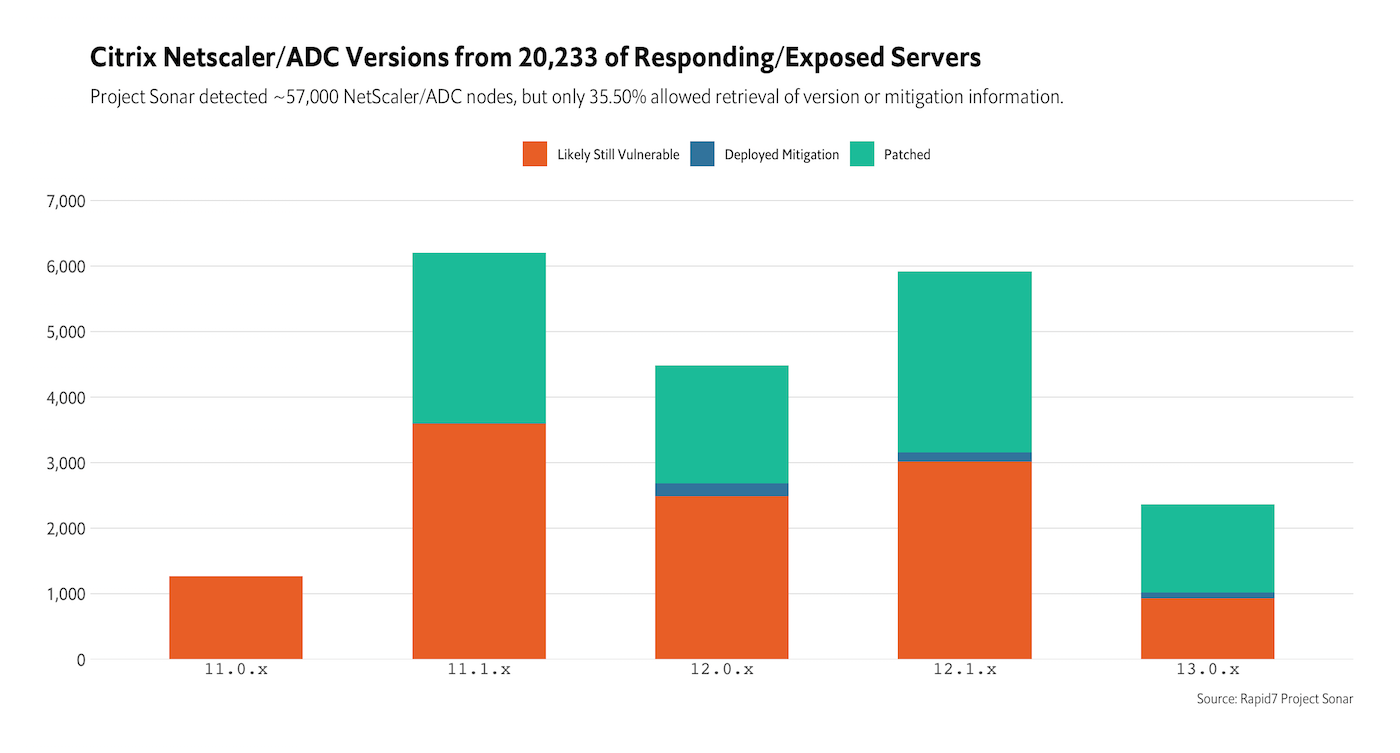 Forty-four percent of the ~20,000 systems that disclosed version or mitigation information are safe from known attack vectors, leaving the rest open to attacks (and already fairly likely compromised).

Rapid7 Labs continues to see trace levels of probes for vulnerable systems in Project Heisenberg, so if you're in the "Likely Still Vulnerable" bucket, you should inspect your exposed systems, go the extra mile and re-image them (once you've collected any forensic evidence), and ensure you're working with the latest supported version from Citrix. 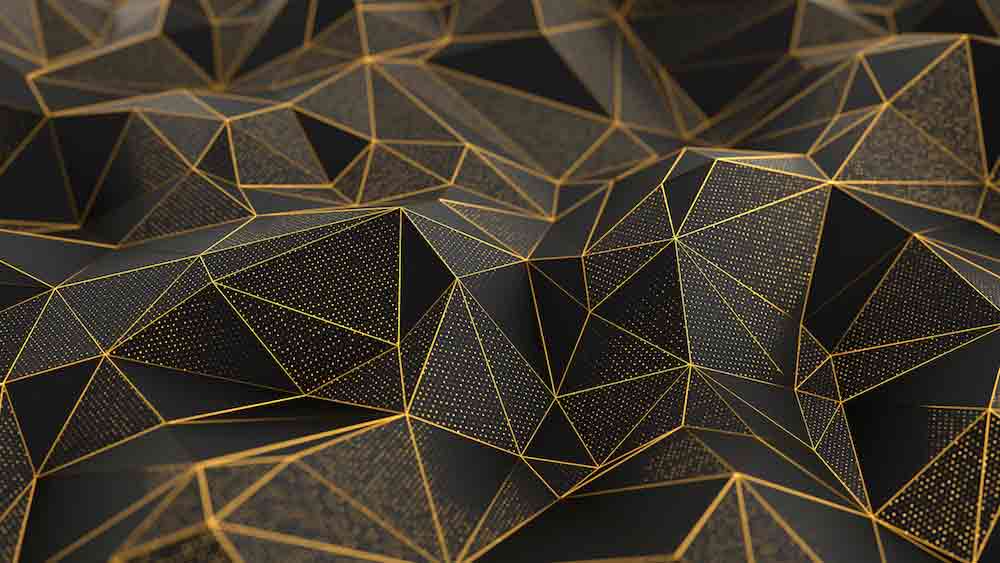