Experienced penetration testers know what to look out for when testing production systems so they don't disrupt operations. Here's our guide to ensure smooth sailing.

In my warped view of the world, vulnerabilities are APIs that weren't entirely intended by the developer. They hey are also undocumented and unsupported. Some of these vulnerabilities are exploited more reliably than others, and there are essentially three vectors to rank them:

As part of Metasploit's rigorous 3-step quality assurance process, we rank exploits by reliability. Knowing the ins-and-outs of the rankings protects the stability of the systems so your IT operations buddies remain happy bunnies.

Each Metasploit exploit, and indeed each module, is classified according to five reliability levels. Modules include exploits as well as auxiliary modules, such as brute forcing modules, and payloads. Understanding the reliability rankings is key to safely test production systems. 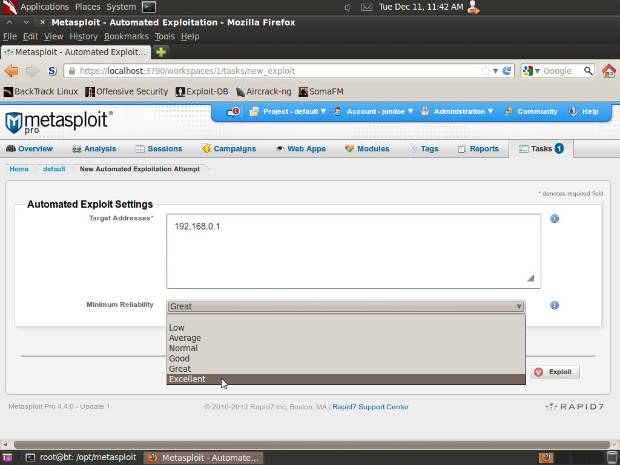 Here are other tips to keep you and your colleagues happy:

With Metasploit Pro, you can specify the minimum reliability ranking when starting the exploit process, accelerating your penetration test and reducing the room for human error. Get a fully featured trial now to test it out!