Keepalived and HAProxy in AWS: An Exploratory Guide

Keepalived is a routing software designed to provide simple and robust facilities for load balancing and high-availability to Linux systems and Linux-based infrastructures.

Together, Keepalived and HAProxy provide some unique benefits. 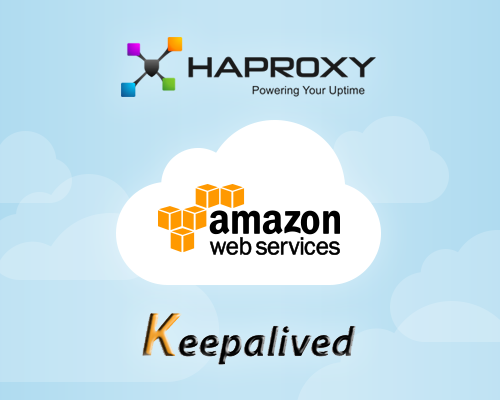 Keepalived uses the VRRP protocol to detect when HAProxy is down and fails with minimal downtime.

The following documentation is focused on setting up Keepalived in AWS (or potentially any cloud) where multicast is not supported, and you’re using a debian-based OS.

You will need this version since the previous version in your repository is probably too old to support VRRP Unicast.

We’re going to assume two load balancer servers are running Keepalived and HAProxy, where one is the master, the other is a failover, and we have multiple web servers. 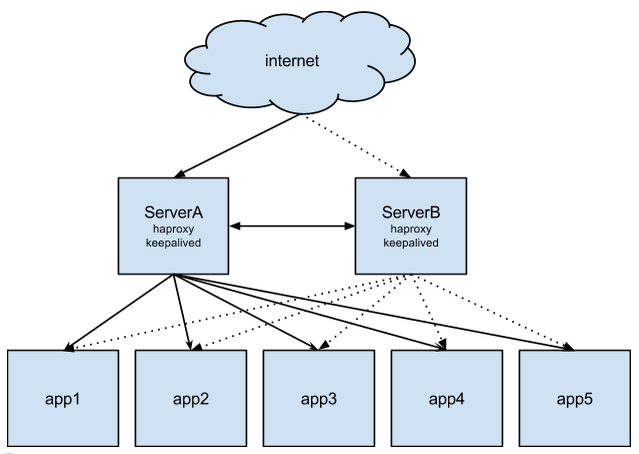 In this scenario, we have an elastic IP on ServerA while ServerB is set as a passive server not being hit by the public internet. We also have five web servers running our app.

In a failure scenario where ServerA becomes unresponsive (i.e HAProxy process hangs, server dies etc.) ServerB will be unable to contact serverA. Therefore, ServerA enters a FAULT mode and ServerB becomes master. When ServerB becomes master it runs a script which will basically disassociate the Elastic IP from ServerA and assign it to ServerB. ServerB is now the only active HAProxy server and handles requests to the app servers.

A few online references seem to have incorrect configs for setting up Keepalived in a Unicast environment, however the following instructions seem to work correctly.

We need to set up our master and slave configs for Keepalived slightly different as they both have different roles to play in failover. The vrrp_script is used to verify the other party is functioning correctly. We also have in our notify_master section, /etc/keepalived/master.sh, a script which assigns the Elastic IP to the master in a case of failure or recovery.

Keepalived startup messages are in /var/log/syslog, to see if your process started up correctly you should see an output similar to below:

There are many ways to test connectivity, tshark, tcpdump etc, here are some sample commands:

The reason we need to verify connectivity with either of the commands above is because Keepalived uses multicast, which is not supported in AWS. The commands verify our config is correctly sending via Unicast.

Assuming you have your failover.sh script setup correctly, on stopping HAProxy on ServerA, you should see it entering a FAULT state and see ServerB entering a MASTER state. When ServerB enters a master state it will run a script and reassign the Elastic IP to ServerB.