TL;DR summary (7:40 PM EDT June 28): A major ransomware attack started in Ukraine yesterday and has spread around the world. The ransomware, which was initially thought to be a modified Petya variant, encrypts files on infected machines and uses multiple mechanisms to both gain entry to target networks and to spread laterally. Several research teams are reporting that once victims' disks are encrypted, they cannot be decrypted. For this reason, there's dissent on whether the Petya-like attack should be called ransomware at all. Whatever you call it, our advice is the same: Back up, patch against MS17-010 vulnerabilities (mitigation against internal spread), and block TCP/445 traffic.Don’t pay the ransom, since decryption by the attacker is impossible. Read on for further information on infection vectors, IOCs, and additional Rapid7 resources.

In the early morning hours of June 27, 2017, UTC 3 time, ransomware that appears to be an updated variant belonging to the Petya family surfaced in Eastern Europe (read a sample summary here). Incident detection and response professionals around the world immediately started connecting this Petya-like ransomware with the same EternalBlue exploits used by the WannaCry ransomware. Since the attack was so widespread, collecting a sample was pretty straightforward, and Rapid7's incident response team is currently analyzing what is actually going on here.

This blog post will be updated throughout the day with what we know about the ransomware, as well as what Rapid7 customers can do to prevent, detect, and respond to it. In the meantime, organizations are strongly advised to take the following actions:

Rapid7 has a ransomware resources page available here. For those already hit by this ransomware, our best guidance right now is to work with law enforcement and incident response experts. Our own incident responders are available 24/7 on the hotline: 1-844-RAPID-IR.

Unfortunately - though we really hate to say so - the bottom line here is that if you don't have thorough and timely backups, paying the ransom will need to remain an option for you. See 14:30 PM update for details.

We've confirmed that this ransomworm achieves its initial infection via a malicious document attached to a phishing email, requiring a victim to download and open it (update: see the 16:50 text below). After that, it does indeed use the EternalBlue and DoublePulsar exploits to spread laterally. Unlike WannaCry, though, it is currently using these mechanisms to spread only on internal networks.

While this is bad news for compromised organizations, the good news is that the spread directly across the internet is rather limited.

The worse news is that there is still plenty of SMB on the internet to go after. Here's a map of the exposed SMB we've generated from some fresh Sonar data: 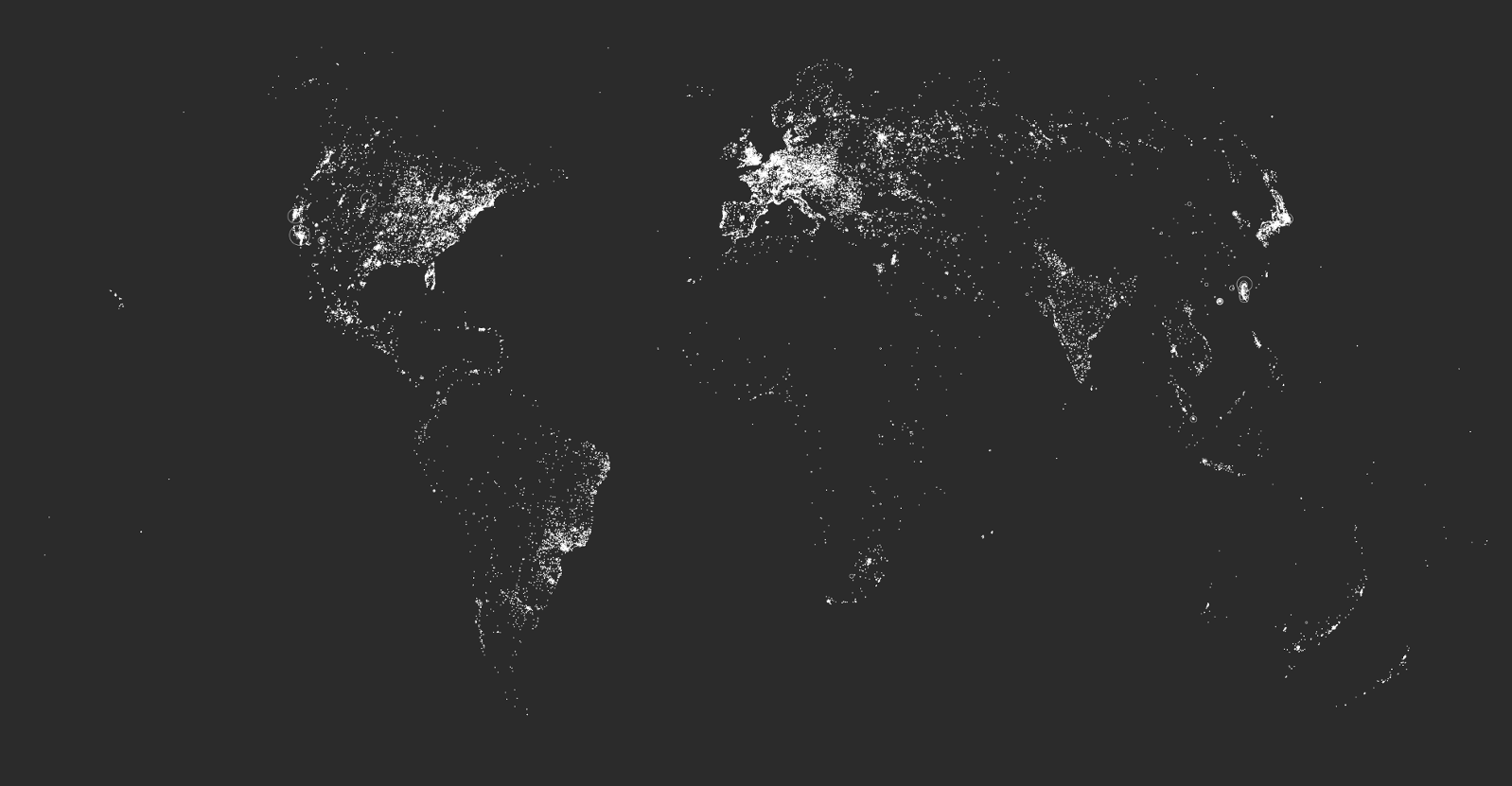 Malware rarely stays static for long, so it's only a matter of time before a variant of this malware is released that uses SMB to spread directly across the internet, just like WannaCry.

Victims of this attack are directed to contact an email address once they've paid the ransom; however, the email account in question has been disabled by the German company that hosts it. Therefore, victims who pay the ransom are reportedly unable to recover their files. More details here.

There have been some reports of Petya-like infections occurring in networks that seemed to lack the initial phishing component. While this might not appear to be possible, there are scenarios where this can seem to happen. First, recall that infected computers actively search their local network for targets vulnerable to the issues addressed in MS17-010. Second, some of these devices are quite mobile, and hop around networks. If my laptop gets popped by this ransomware in my home network at FooCorp, then I take it to my local coffee shop's wifi, and infect someone from BarCom, when that BarCom employee goes back to the office, his incident response people are going to see this race around their network without the phishing email kicking everything off.

This is one scenario where the phishing component would not be immediately obvious. There may be more to this malware, though, and our own IR engineers are still running through static and dynamic analysis, so we may have more on how this thing vectors around in the coming hours.

We've confirmed that this ransomware uses a lightly modified version of mimikatz to extract credentials from memory for use in its psexec and WMI vectors for spreading. Mimikatz is a widely-used open source security tool used primarily by security researchers to understand how credential handling is performed in Windows environments. (Thanks, Tim and Mike!)

For Rapid7 customers, you should be aware that we've already pushed the unique Indicators of Compromise (IOCs) out to all our InsightIDR users, and we've just published a handy HOWTO for InsightVM folks on scanning for MS17-010, which hits the exploit vector being leveraged in this attack. In the meantime, this is a fine time to review your own backup and restore capabilities -- especially the restore part.

It seems unlikely we'll have any more updates through the night, but we're still pursuing analysis work. Once we learn anything new, we'll be updating here.