Note: A more detailed version of this post is available as a preprint on the ArXiv.

The casino floor at Bally's is a thrilling place, one that loads of hackers are familiar with from our time at DEF CON. One feature of these casinos is the unmistakable song of slots being played. Imagine a slot machine that costs a dollar to play, and pays out $75 if you win — what probability of winning would it take for you to play?

But what if that slot machine paid out about half the time, giving you $75 every other time you played? How many times would you play?

This is the game that ransomware operators are playing.

Playing Against the Profiteers

Between Wannacry, the Colonial Pipeline hack, and the recent Kaseya incident, everyone is now familiar with supply chain attacks — particularly those that use ransomware. As a result, ransomware has entered the public consciousness, and a natural question is: why ransomware? From an attacker's perspective, the answer is simple: why not?

For the uninitiated, ransomware is a family of malware that encrypts files on a system and demands a payment to decrypt the files. Proof-of-concept ransomware has existed since at least 1996, but the attack vector really hit its stride with CryptoLocker's innovative use of Bitcoin as a payment method. This allowed ransomware operators to perpetuate increasingly sophisticated attacks, including the 2017 WannaCry attack — the effects of which, according to the ransomware payment tracker Ransomwhere, are still being felt today.

Between the watering hole attacks and exploit kits of the Angler EK era and the recent spate of ransomware attacks targeting high-profile companies, the devastation of ransomware is being felt even by those outside of infosec. The topic of whether or not to pay ransoms — and whether or not to ban them — has sparked heated debate and commentary from folks like Tarah Wheeler and Ciaran Martin at the Brookings Institute, the FBI, and others in both industrial and academic circles. One noteworthy academic paper by Cartwright, Castro, and Cartwright uses game theory to ask the question of whether or not to pay.

Ransomware operators aren’t typically strategic actors with a long-term plan; rather, they’re profiteers who seek targets of opportunity. No target is too big or too small for these groups. Although these analyses differ in the details, they get the message right — if the ransomware operators don't get paid, they won't want to play the game anymore.

According to Kaspersky, 56% of ransomware victims pay the ransom. Most other analyses put it around 50%, so we’ll use Kaspersky’s. In truth, it’s unlikely we have an accurate number for this, as many organizations specifically choose to pay the ransom in order to avoid public exposure of the incident.

We call this the expected value of an attack.

It's hard to know how many attacks are launched — and how many of those launched attacks actually land. Attackers use phishing, RDP exploits, and all kinds of other methods to gain initial access. For the moment, let's ignore that problem and assume that every attack that gets launched lands. Ransomware that lands on a machine is successful about 54% of the time, and the probability of payment is 56%. Together, this means that the expected value of an attack is:

In fact, because expected values are linear and the expected value is only for one play, we can see pretty quickly that in general, two attacks will give us double the value of one, and three will triple it. This means that if we let our payout be a random variable X, a ransomware operator's expected value over an infinite number of attacks is... infinite.

Obviously, an infinite number of ransomware attacks is not reasonable, and there is a limit to the amount that any individual or business can pay over time before they just give up. But from an ideal market standpoint, the message is clear: While ransoms are being paid at these rates and sizes, the problem is only going to grow. Just like you'd happily play a slot machine that paid out almost half the time, attackers are happy to play a game that gets them paid more than 40% of the time, especially because the profits are so large.

So why would ransomware operators ever stop if, in an idealized model, there’s potentially infinite incentive to keep playing? A few reasons:

In terms of the monetary cost, this is also pretty much a dead end for us. Even if we could remove all of the efficiencies and resilience of darknet markets, that would only remove the lowest-skill attackers from the equation. Other groups would still be capable of developing their own exploits and ransomware.

Ultimately, what our first two options have in common is that they deal, in a pretty direct way, with adversary capabilities. They leave room for adversaries to adapt and respond, ultimately trying to affect things that are in the control of attackers. This makes them much less desirable avenues for response.

So let's look at the things that victims have control over: defenses and payments.

Defending against ransomware is quite similar to defending against other attack types. In general, ransomware is not the first-stage payload delivered by an exploit; instead, it’s dropped by a loader. So the name of the game is to prevent code execution on endpoints. As security professionals, this is something we know quite well.

For ransomware, the majority of attacks come via a handful of vectors, which will be familiar to most security practitioners:

Many of these initial access vectors are things that can be kept in check with user training, vulnerability scans, and sound patching practices. Once initial access is established, many of these ransomware operators use software like WMI, PSExec, Powershell, and Cobalt Strike, in addition to commodity malware like Trickbot, to move laterally before hitting the entire network with ransomware.

Looking for these indicators of compromise is one way to limit the potential impact of ransomware. But of course, these techniques are hard to detect, and no organization is able to catch 100% of the bad things that are coming at them. So what do victims do when the worst happens?

Choosing Not to Pay

When ransomware attacks are successful, victims have two primary choices: pay or don't. There are many follow-on decisions from each of these decisions, but the first and most critical decision (for the attacker) is whether or not to pay the ransom.

When people pay the ransom, they’re likely — though not guaranteed — to get their files back. However, because of the significant amounts of first stage implants and lateral movement associated with ransomware attacks, there’s still a lot of incident response work to be done beyond the return of the files. For many organizations, if they don’t have a suitable off-site backup in place, this may feel like an inevitable impact of this type of attack. As Tarah Wheeler pointed out, this is often something that can simply be written off as a business expense. Consequently, hackers get paid, companies get to write off the loss, and nobody learns a lesson.

As we discussed above, when you pay a ransom, you're paying for the next attack, and according to reports from the UK's NCSC, you may also be paying for human trafficking. None of us wants to be funding these attackers, but we want to protect our data. So how do we get away from paying?

As we mentioned before, preventing the attacks in the first place is the optimal outcome for us as defenders, but security solutions are never 100% effective. The easiest way not to pay is to have an off-site backup. That will let you invoke your normal incident response process but have your data intact. In many cases, this isn't any more expensive than paying, and you're guaranteed to get your data back.

Having a network configuration that makes lateral movement difficult will also reduce the "blast radius" of the attack and can help mitigate the spread. In these cases, you may be able to get away with reimaging a handful of employee laptops and accepting the loss. Ultimately, letting people write off their backups instead of their ransom payments encourages the switch to having sensible backup policies and discouraging these ransomware operators.

Why the Wheel Keeps Spinning

Ransomware remains a significant problem, and I hope we've demonstrated why: the incentives for everyone, including victims, are there to increase the number of ransomware attacks. Attackers who do more attacks will see more profits, which fund subsequent attacks. While victims can write off their payments, there’s no incentive to take steps to mitigate the impact of ransomware, so the problem will continue.

Crucially, ransomware attackers aren’t picky about their victims. They’re not nation-state actors who seek to target only the largest companies with the most intellectual property. Rather, they’re attackers of opportunity — their victim is anyone who lets their lever be pulled, and as long as the victims keep paying out often enough, attackers are happy to play. 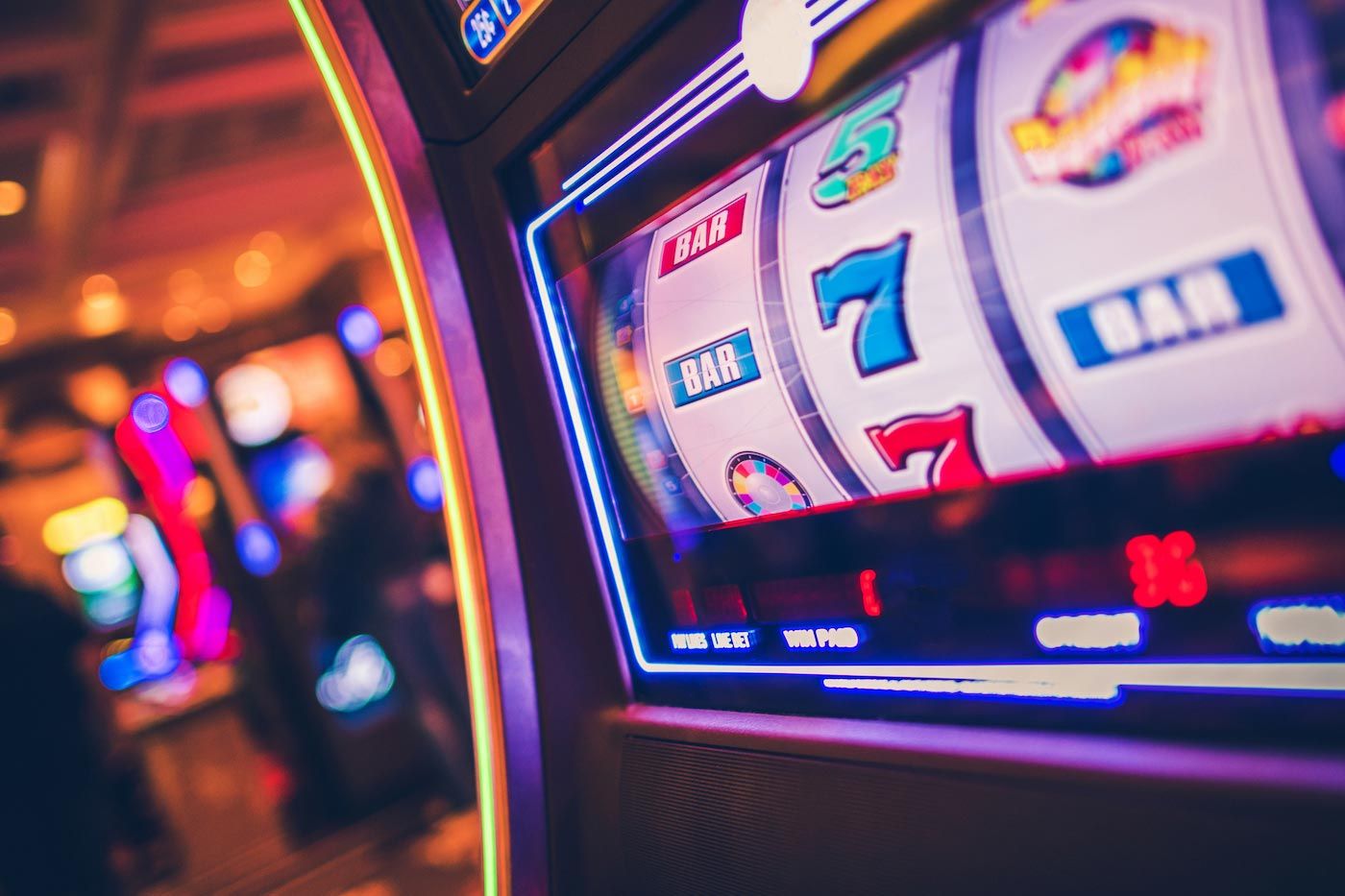