On January 13, 2022, Forshaw tweeted about the vulnerability.

The tweet suggests that CVE-2021-43893 was only issued a partial fix in the December 2021 update and that authenticated and remote users could still write arbitrary files on domain controllers. James linked to the Project Zero bug tracker, where an extended writeup and some proof-of-concept code was stored.

This vulnerability was of particular interest to me, because I had recently discovered a local privilege escalation (LPE) using file planting in a Windows product. The vulnerable product could reasonably be deployed on a system with unconstrained delegation, which meant I could use CVE-2021-43893 to remotely plant the file as a low-privileged remote user, turning my LPE into RCE.

I set out to investigate if the remote file-writing aspect of James Forshaw’s bug was truly unpatched. The investigation resulted in a few interesting observations:

PetitPotam was released in the summer of 2021 and was widely associated with an attack chain that starts as an unauthenticated and remote attacker and ends with domain administrator privileges. PetitPotam is only the beginning of that chain. It allows an attacker to force a victim Windows computer to authenticate to a third party (e.g. MITRE ATT&CK T118 - forced authentication). The full chain is interesting, but this discussion is only interested in the initial portion triggered by PetitPotam.

PetitPotam triggers forced authentication using the EFSRPC protocol. The original implementation of the exploit performed the attack over the lsarpc named pipe. The attack is quite simple. Originally, PetitPotam sent the victim server an EfsRpcOpenFileRaw request containing a UNC file path. Using a UNC path such as \\10.0.0.4\fake_share\fake_file forces the victim server to reach out to the third-party server, 10.0.0.4 in this example, in order to read off of the desired file share. The third-party server can then tell the victim to authenticate in order to access the share, and the victim obliges. The result is the victim leaks their Net-NTLM hash. That’s the whole thing. We will later touch on what an attacker can do with this hash, but for this section, that’s all we need to know.

Microsoft first attempted to patch the EFSRPC forced authentication in August 2021 by blocking the use of EfsRpcOpenFileRaw over the lsarpc named pipe. To do this, they added logic to efslsaext.dll’s EfsRpcOpenFileRaw_Downllevel function to check for a value stored in the HKEY_LOCAL_MACHINE\SYSTEM\CurrentControlSet\Services\EFS\AllowOpenRawDL. Because this registry key doesn’t exist by default, a typical configuration will always fail this check.

That patch was inadequate, because EfsRpcOpenFileRaw isn’t the only EFSRPC function that accepts a UNC file path as a parameter. PetitPotam was quickly updated to use EfsRpcEncryptFileSrv, and just like that, the patch was bypassed.

The patch also failed to recognize that the lsarpc named pipe wasn’t the only named pipe that EFSRPC can be executed over. The efsrpc named pipe (among others) can also be used. efsrpc named pipe is slightly less desirable, since it requires the attacker to be authenticated, but the attack works over that pipe, and it doesn’t use the EfsRpcOpenFileRaw_Downlevel function. That means an attacker can also bypass the patch by switching named pipes.

As mentioned earlier, PetitPotam was updated in July 2021 to use the efsrpc named pipe. The following output shows PetitPotam forcing a Domain Controller patched through November 2021 to authenticate with an attacker controlled box running Responder.py (10.0.0.6) (I’ve left out the Responder bit since this is just meant to highlight the EFSRPC was available and unpatched for months).

Not only did Microsoft fail to patch the issue, but they didn’t issue follow-up patches for months. They also haven’t updated their advisory indicating the vulnerability has been exploited in the wild, despite its inclusion in CISA’s Known Exploited Vulnerability Catalog.

In December 2021, Microsoft released a patch for a different EFSRPC vulnerability: CVE-2021-43217. As part of the remediation for that issue, Microsoft implemented some hardening measures on EFSRPC communication. In particular, EFSRPC clients would need to use RPC_C_AUTHN_LEVEL_PKT_PRIVACY when using EFSRPC. If the client fails to do so, then the client is rejected and a Windows application event is generated.

At the time of the December patch, PetitPotam didn’t use this specific setting. However, a quick update allowed the exploit to comply with the new requirement and get back to leaking machine account NTLM hashes of fully patched Windows machines.

James Forshaw’s CVE-2021-43893 dives deeper into the EFSRPC functionality, but the heart of the issue is still a UNC file path problem. PetitPotam’s UNC path pointed to an external server, but CVE-2021-43893 points internally using the UNC path: \\.\C:\. Using a UNC path that points to the victim’s local file system allows attackers to create files and directories on the victim file system.

Second, the victim server is impersonating the attacker when the file manipulation occurs. This means a low-privileged attacker can only write to the places where they have permission (e.g. C:\ProgramData\). Therefore, exploitation resulting in code execution is not a given. Still, while code execution isn’t guaranteed, there are many plausible scenarios that could lead there.

My interest in this vulnerability started with a local privilege escalation that I wanted to convert into remote code execution as a higher-privileged user. We can’t yet share the LPE as it’s still unpatched, but we can create a plausible scenario that demonstrates the ability to achieve code execution.

Microsoft has long maintained that Microsoft services vulnerable to DLL planting via a world writable %PATH% directory are won’t-fix low-security issues — a weird position given the effort it would take to fix such issues. But regardless, exploiting world-writable %PATH to escalate privileges via a Windows service (MITRE ATT&CK - Hijack Execution Flow: DLL Search Order Hijacking) is a useful technique when it’s available.

There’s a well-known product that installs itself into a world-writable directory: Python 2.7, all the way through it’s final release 2.7.18.

The Python 2.7 installer drops files into C:\Python27\ and provides the user with the following instructions:

Following these instructions, we now have a world-writable directory in %PATH% — which is, of course, the exploitable condition we were looking for. Now we just have to find a Windows service that will search for a missing DLL in C:\Python27\. I quickly accomplished this task by restarting all the running services on a test Windows Server 2019 and watching procmon. I found a number of services will search C:\Python27\ for:

To exploit this, we just need to drop a “malicious” DLL named fveapi.dll or cdpsgshims.dll in C:\Python27. The DLL will be loaded when a vulnerable service restarts or the server reboots.

For this simple example, the “malicious” dll just creates the file C:\r7.txt:

After compiling the DLL, an attacker can remotely drop the file into C:\Python27 using CVE-2021-43893. The following is the output from our refactored and updated version of Forshaw’s original proof of concept. The attacker is attempting to remotely write the DLL on 10.0.0.6 (vulnerable.okhuman.ninja):

The attack yields the desired output, and the file is written to C:\Python27\ on the remote target.

Below is the Procmon output demonstrating successful code execution as NT AUTHORITY\ SYSTEM when the “DFS Replication” service is restarted. Note that the malicious DLL is loaded and the file “C:\r7.txt” is created.

Do many administrators install Python 2.7 on their Domain Controller? I hope not. That wasn’t really the point. The point is that exploitation using this technique is plausible and worthy of our collective attention to ensure that it gets patched and monitored for exploitation.

What can a higher-privileged user do?

Oddly, administrators can do anything a low-level user can do except write data to files. When the administrator attempts to write to a file using Forshaw’s ::DATA stream technique, the result is an ACCESS DENIED error. Candidly, I didn’t investigate why.

However, it is interesting to note that the administrative user can remotely overwrite all files. This doesn’t serve much purpose from an offensive standpoint, but would serve as an easy, low-effort wiper or data destruction attack. Here is a silly example of remotely overwriting calc.exe from an administrator account.

As you can see from the output, the tool failed with status code 5 (Access Denied). However, calc.exe on the remote device was successfully overwritten.

Technically speaking, this doesn’t really represent a security boundary being crossed. Administrators typically have access to \host\C$ or \host\admin$, but the difference in behavior seemed worth mentioning. I’d also note that as of February 2022, administrative users can still do this using \\localhost\C$\Windows\System32\calc.exe.

Forshaw also mentioned in his original writeup, and I confirmed, that this attack generates the attacking user’s roaming profile on the victim server. That could be a pretty interesting file-upload vector if the Active Directory environment synchronizes roaming directories. Again, I didn’t investigate that any further, but it could be useful in the correct environment.

Because the patch still opens a HANDLE using the attacker-controlled file path, EFSRPC remains vulnerable to forced authentication and relay attacks of the machine account.

Demonstration of the forced authentication and relay does not require the complicated attack often associated with PetitPotam. We just need three boxes:

This may not be a common configuration, but it’s common enough that it’s been the subject of a couple excellent writeups.

The attack is launched by a low-privileged user on 10.0.0.6 using the blankspace.exe proof of concept. The attack will force 10.0.0.12 (yet.okhuman.ninja) to authenticate to the attacker relay at 10.0.0.3

The relay is now authenticated to 10.0.0.6 as YEET$, a domain administrator. It can do pretty much as it pleases. Below, you can see it dumps the local SAM database.

It’s as easy as that. All you have to do is find a host with a machine account in the domain admins group:

Once you have that, a low-privileged remote attacker can use EFSRPC to relay and escalate to other machines. However, the attack isn’t exactly silent. On 10.0.0.6, event ID 4624 was created when the 10.0.0.3 relay logged in using the YEET$ machine account.

What began as an investigation into using an unpatched remote file-write vulnerability ended up being a history lesson in EFSRPC patches. The remote file-write vulnerability that I originally wanted to use has been patched, but we demonstrated the forced authentication issue hasn’t been adequately fixed. There is no doubt that Windows developers have a tough job. However, a lot of the issues discussed here could have been easily avoided with a reasonable patch in August 2021. The fact that they persist today says a lot about the current state of Windows security.

To mitigate these issues as best as possible, as always, ensure your systems are successfully updated monthly. Microsoft has released multiple advisories with recommendations regarding NTLM Relay-based attacks (see: Microsoft Security Advisory 974926
and KB5005413: Mitigating NTLM Relay Attacks on Active Directory Certificate Services (AD CS). The most important advice is to ensure SMBv1 no longer exists in your environment and to require SMB signing.

Some other general advice:

InsightVM and Nexpose customers can assess their exposure to CVE-2021-43893 with authenticated vulnerability checks available in the December 15, 2021 content release.

Metasploit Framework users can test their exposure to forced authentication attacks with a new PetitPotam module available in the 6.1.29 release. 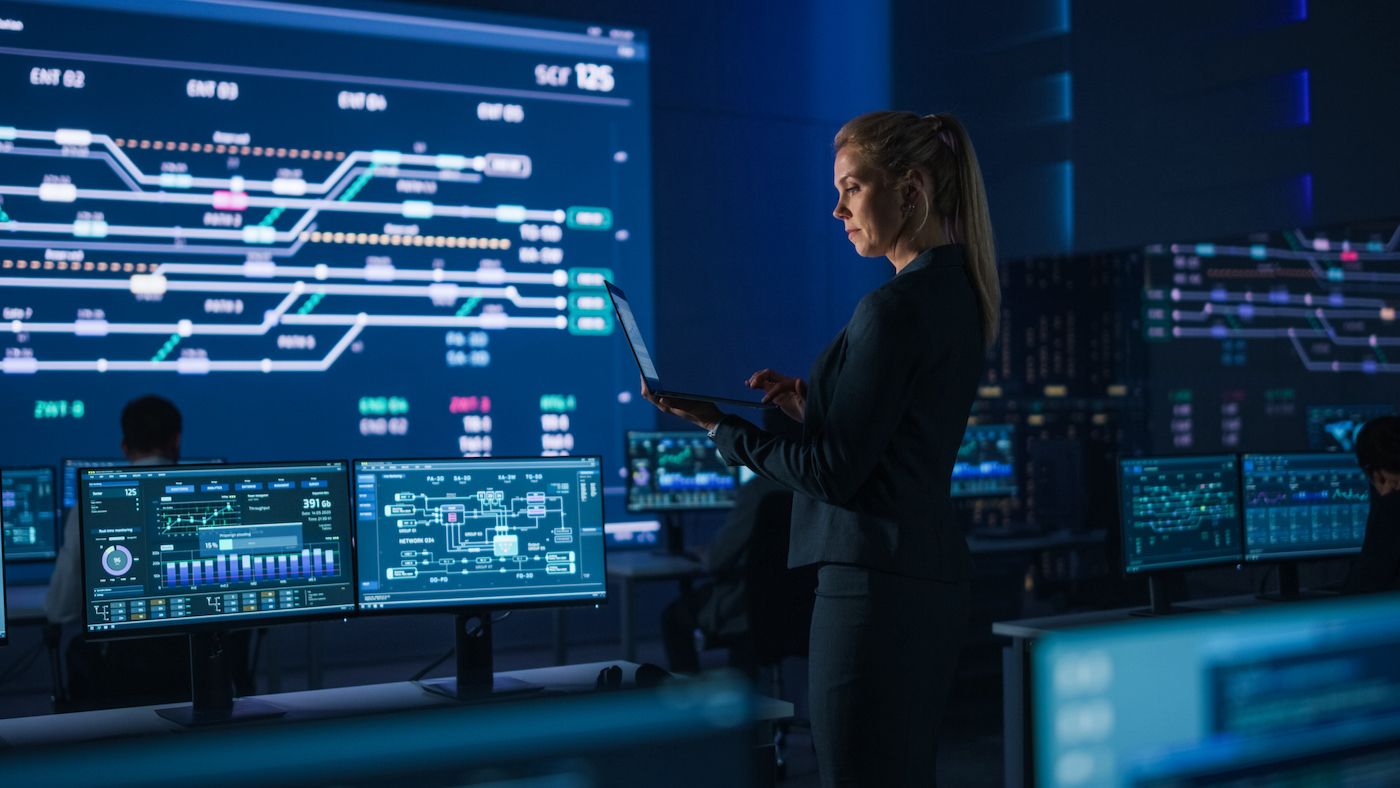