In part one of this series, we broke down the various types of cloud deployments. So, pentesting in the cloud is just like on-prem, right? (Who asks these loaded questions!?)

The answer is yes and no. It depends on how a customer has set up their cloud deployment. Let’s cover a few basics first, because this will really clear things up.

Each cloud vendor has their own unique restrictions on what can and cannot be attacked, due to the nature of how the cloud is architected. Most have very similar restrictions — however, these rules must be followed, or one could quickly find themselves outside of scope. The next sections will outline which parts of the "as-a-service" components are out of scope for testing, and which are in scope.

Infrastructure as a service

This, in my experience, is how most clients have come to set up their cloud deployment. This as-a-service model could have simply been the quickest way to appease a C-level person, asking their Directors and Managers to go all-in with cloud. This is that direct lift from on-premise to the cloud that we discussed in the last post.

When it comes to testing this type of deployment, the scope is the largest it could be, with very few exceptions to what is out of scope. Getting dropped directly into a virtual private cloud (VPC) is likely the scenario that will work as an “assumed breach” approach. The client would then deploy a virtual machine, which will then be allowed specific access inbound from a tester's IP address, along with gaining that access via an SSH keypair.

Some exceptions to this testing that are OUT of scope include:

Some items that are IN scope for this deployment model include:

Platform as a service

You’ve heard of bring your own device (BYOD) — think of this as BYOS, or bring your own software. Platform as a service (PaaS) brings us up a level in terms of support requirements. With this approach, clients can utilize a cloud provider's products that allow a client to bring their own code for things like web applications. A client no longer has to work on keeping their operating system up to date. The code is typically deployed on something like a container, which could cost the client much less than that of having to deploy a virtual machine, licensing for an operating system, vulnerability management of the operating system, and staffing considerations. There are again exceptions, however, to what can and can’t be tested.

In this example, the following would be considered OUT of scope:

The items which are IN scope for this deployment model include:

Software as a service

At last, the greatest reduction in liability: software as a service (SaaS). Microsoft’s Office 365 is perhaps the most common example of a very widely used SaaS deployment. Click a few buttons in a cloud provider's dashboard, input some user credentials, upload some data, and you’re done! Easy like Sunday morning!

Now, the only thing to worry about is the data within the application and the users themselves.  Everything else — including virtual machine deployment, operating system installation and upkeep, patch management of the operation system and the software installed on it, and the code base, to name a few  — is completely removed from worry. Imagine how much overhead you can now dedicate to other parts of the business. Windows Admins, web app developers, infosec staff, and even IT staff now have less to worry about. However, if you’re looking to have a pentest in this kind of environment, just know that there is not a whole lot that can actually be done.

Application exploits, for example, are OUT of scope. The items that are IN scope for this deployment model are the following:

That’s it! The only thing that can be attacked is the users themselves, via password attacks, or the data that is held within the application — but that’s only if authentication is bypassed.

Those above examples are not made up from Rapid7’s perspective either.  These are industry-wide standards that cloud providers have created. These types of deployments are specifically designed to help reduce liability and to increase not only the capabilities of an organization but also its speed. These are known as a “shared platform” model.

Recently, we had a discussion with a client who needed a pentest performed on their web application. Their web app was deployed from a third-party cloud provider, which ended up using Google Cloud Platform on their back end. After a consultant discovered that this client had deployed their web application via the SaaS model, I explained that, due to the SaaS deployment, application exploitation was out of scope, and the only attempts that could be made would be password attacks and to go after the data.

Now, obviously, education needs to happen all around, but again, the cloud isn’t new. After about an hour of discussing how their deployment looked, the client then asked a very interesting question: “How can I get to the point where we make the application available to fully attempt exploitation against it?” I was befuddled, and quite simply, the answer was, “Why would you want to do that?” You see, by using SaaS, you remove liability from worrying about this sort of issue, which the organization may not have the capacity or budget to address. SaaS is click-and-go, and the software provider is now at risk of not providing a secured platform for content delivery.

After I had explained this to the client, they quickly understood that SaaS is the way to go, and transforming into a PaaS deployment model would have actually required that they now hire additional headcount, including a web app developer.

It is this maturity that needs to happen throughout the industry to continue to maintain security within not just small companies, but large enterprises, too.

There’ve been numerous breaches of customer data, and there’s typically a common culprit: a misconfigured S3 bucket, or discovered credentials to a cloud vendor's platform dashboard.  These all seem like very easy things to remedy, but performing an external pentest where the targets are the assets hosted by a cloud vendor will certainly show if there are misconfigurations or accidental access being provided. This can be treated like any normal external pentest, but with the sole focus on knowing these assets live within a cloud environment.

There are multiple considerations when discussing what is “internal” to a cloud environment. Here, we’ll dig into the differences between platform and infrastructure.

In order to move or create assets within a cloud environment, one must first set up an account with the cloud vendor of choice. A username and password are created, then a user logs into the web application dashboard of the cloud vendor, and finally, assets are created and deployed to provide the functionality that is needed. The platform that the user is logged into is one aspect of an “internal” pentest against a cloud environment.

There I was, doing a thick client pentest against an executable. I installed the application on my Windows VM, started up a few more apps to hook into the running processes, and off to the races I went.

One of the more basic steps in the process is to check the installation files. Within the directory, I find an .INI file. I opened this file with a text editor, and I was greeted with an Amazon AWS Access Key ID and SecretAccessKey! Wow, did I get lucky. I fired up aws cli, punched in the access key ID and SecretAccessKey, along with the target IP address, and bam! I was in like Flynn.

Now, kudos go out to the client that didn’t provide this user with root access. However, I was still able to gain a ton of access with additional information. I stopped from there though, because this quickly turned into a cloud-style pentest. I called the client up right away and informed them of this information, and they were happy (not happy) that this was discovered.

A platform pentest is like being given a domain account, in an assumed-breached scenario, on an internal pentest. It’s a “hey, if you can’t get creds, here’s a low-priv account to see what you can do with it” approach.

On a cloud platform pentest, we’re being given this account to attempt additional attacks, such as privilege escalation, launching of additional virtual machines, or using a function to inject code into containers that auto-deploy and dial back to a listening server each time. A virtual machine, preferably Kali Linux, will need to be deployed within the VPC, so you can perform your internal pentest from it.

This pentest is much easier to construct. It looks very similar to an internal, on-premise pentest. The client sets up a virtual machine inside of the VPC they want tested, then the consultant creates that public/private SSH keypair and provides the SSH public key to the client. The client allows specific source IPs to SSH into that VM, and the pentest begins.

In my experience, a lot of clients only have one VPC, so that makes life a bit easier. However, as more and more people gain experience and knowledge with how to set up their cloud environments, VPC separation is becoming more prevalent. As an example, perhaps a customer utilizes functions to auto-deploy new “sites” each time one of their customers signs on to use their services. This function automatically creates a brand-new VPC, with separation from other VPCs (which are their other clients), virtual machines, databases, network connectivity, access into the VPC for their clients administration, user accounts, authentication, SSO, and more. In this scenario, we’d ask the client to create multiple VPCs and drop us into at least one of them. This way, we can then perform a tenant-to-tenant-style pentest, to see if it’s possible to break out of one segment to access another.

In part three, we’ll take a look at how the maturity of the client’s cloud implementation can impact the way pentests are carried out. Stay tuned! 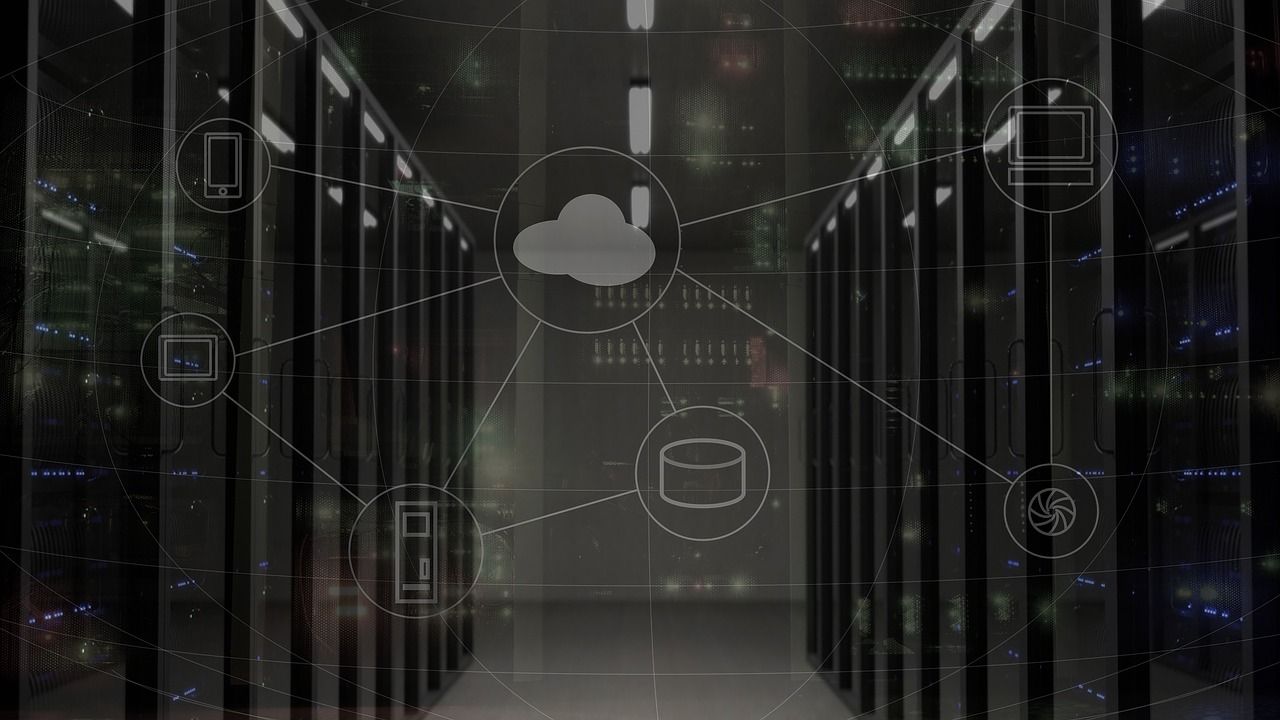