Increasing The Sting of HIVE Ransomware

Rapid7 routinely conducts research into the wide range of techniques that threat actors use to conduct malicious activity. One objective of this research is to discover new techniques being used in the wild, so we can develop new detection and response capabilities.

Recently, Rapid7 observed a malicious actor performing several known techniques for distributing ransomware across many systems within a victim’s environment. In addition to those techniques, the actor employed a number of previously unseen techniques designed to to drop the defenses of the victim, inhibit monitoring, disable networking and allow time for the ransomware to finish encrypting files. These extra steps would make it extremely difficult, if not impossible, for a victim to effectively use their security tools to defend endpoints after a certain point in the attack.

Rapid7 has updated existing and added new detections to InsightIDR to defend against these techniques. In this article, we’ll explore the techniques employed by the threat actor, why they’re so effective, and how we’ve updated InsightIDR to protect against them.

What approach did the malicious actor take to prepare the victim's environment?

Rapid7 observed the malicious actor add/change policies for the Active Directory domain to perform the following:

Below are some commands observed executed by the malicious actor (with necessary redactions):

The malicious actor then manually executed the ransomware (int.exe) once with only the required username:password combination passed to the -u flag. This presumably encrypted the local drive and also all network shares the user had access to:

The malicious actor also manually executed the 64 bit version of the ransomware (int64.exe) once on a different host with the -no-discovery flag. This is likely intended to override the default behavior and not discover network shares to encrypt their files. The -u flag was also passed and the same values for the username:password were provided as seen on the other host.

Why is this approach so effective?

Deployment of ransomware using Active Directory group policies allows the malicious actor to hit all systems in the environment for as long as that group policy is active in the victim’s environment. In this case, any system that was booting and connected to the environment would receive the configuration changes, encrypted archive containing the ransomware, a decompression utility to extract the ransomware, configuration changes and the order to reboot and execute. This can be especially effective if timed with deployments of patches that require a reboot, done at the beginning of the day or even remotely using Powershell's Stop-Computer cmdlet.

Storing the ransomware within a 7zip encrypted archive  (int.7z) with a password even as simple as (123) makes the task of identifying the ransomware on disk or transmitted across the network nearly impossible. This makes retrieval and staging of the malicious actors payload very difficult to spot by security software or devices (Antivirus, Web Filtering, IDS/IPS and more). In this case, the malicious actor has taken care to only put the encrypted copy on the disk of a victim’s system and not execute it until they have fully dropped the defenses on the endpoint.

Reconfiguring the default boot behavior to safeboot minimal and then executing a reboot unloads all but the bare minimum for the Windows operating system. With no additional services, software or drivers loaded the system is at its most vulnerable. With no active defenses (Antivirus or Endpoint Protection) the system comes up and tries to start its defined shell which has been swapped to a batch script (file2.bat) by the malicious actor.

It should be noted that in this state, there is no method of remotely interacting with the system as no network drivers are loaded. In order to respond and halt the ransomware, each host must be physically visited for shutdown. Manually priming the host in this way is more effective than the existing capabilities of the HIVE ransomware which stops specific defensive services (Windows Defender, etc) and kills specific processes prior to encrypting the contents of the drive.

All systems in this state are left automatically logged in as an administrator, which gives anyone who has physical access complete control. Lastly, the system will continue to boot into safeboot minimal mode by default (again, no networking) until each system is set back to its original state with a command such as below. Bringing the host back online in this state will still continue to execute the malware when logged into, which will also enable the default network spreading behavior.

Lastly, the malicious actor also manually executed the payload a few times on systems that had not been put into safeboot minimal and rebooted. Systems they executed with only the -u flag actively searched out network shares they had access to and encrypted their contents. This ensures that only the intended hosts do network share encryption and all those that were rebooted into safeboot minimal do not flood the network simultaneously encrypting all files. It also means that the contents of network file shares that are not Windows based (various NAS devices, Linux hosts using Samba) will be encrypted even if the payload is not actually deployed on that specific host. This approach would be extremely destructive to both corporate environments and home users with network attached storage systems for backups. Rapid7 notes that ThreatLocker have reported on similar activity in their knowledge base article entitled Preventing BCDEdit From Being Weaponized.

Rapid7 observed that the HIVE payload would not execute unless a flag of -u was passed. During analysis it was discovered that passing -u asdf:asdf would result in the Login and Password (colon-delimited) provided to the victim to authenticate to the site behind the onion link on the TOR network:

This, and other behaviors were previously reported on by Microsoft's article Hive Ransomware Gets Upgrades in Rust and also by Sophos in their Github Repository of IoC's mentioned in their article Lockbit, Hive, and BlackCat attack automotive supplier in triple ransomware attack. There have been some flags that are noted to exist, but their features are not documented. Rapid7 has analyzed the behaviors of these flags, documented them in addition to discovering two new flags (-timer, -low-key) in the HIVE ransomware samples.

The new flags -t, -timer, --timer effectively cause the malware to wait the specified number of seconds before going on to perform its actions. The other new flags -low-key, --low-key will cause the ransomware to focus on only its encryption of data and not perform pre-encryption tasks, including deleting shadow copies (malicious use of vssadmin.exe, wmic.exe), deleting backup catalogs (malicious use of wbadmin.exe), and disabling Windows Recovery Mode (malicious use of bcdedit.exe). These features give the malicious actor more control over how/when the payload is executed and skirt common methods of command line and parent/child process related detection for most ransomware families.

Fundamentally, the sample’s respective flags distill down into encryption operations of local, mount and discovery.  The local module utilizes the LookupPrivilegeValueW and AdjustTokenPrivileges that Windows API calls on its own process via GetCurrentProcess and OpenProcessToken to obtain SeDebugPrivilege privileges.  This is presumably crucial for OpenProcess -> OpenProcessToken -> ImpersonateLoggedOnUser API call attempts to processes: winlogon.exe and trustedinstaller.exe to subsequently stop security services and essential processes, if the --low-key is not passed during execution.  ShellExecuteA is also used to launch various Windows binaries (bcdedit.exe, notepad.exe, vssadmin.exe, wbadmin.exe, wmic.exe) for destruction of backups and ransom note display purposes. The mount module will use NetUseEnum to identify the current list of locally-mounted network shares and add them to the list to be encrypted. Lastly, the discovery module will use NetServerEnum to identify available Windows hosts within the domain/workgroup. This list is then used with NetShareEnum to identify file shares on each remote host and add them to the list of locations to have their files encrypted.

By default, all three modes (local, mount and discovery)are enabled, so all local, mounted and shares able to be enumerated will have their contents encrypted. This effectively ransoms all systems in a victim’s environment with a single execution of HIVE—when performed by a privileged user such as a Domain or Enterprise Admin account. Command line flags may be used to change this behavior and invoke one or more of the modules. For instance—local-only will use only the local module while—network-only will use the mount and discovery modules.

Use of vssadmin.exe in order to delete shadow copies of files which deletes unencrypted backups of files they are attempting to ransom:

Use of wmic.exe to create calls that also delete all shadow copies of files which deletes unencrypted backups of files they are attempting to ransom:

Use of wbadmin.exe to delete backup catalogs:

Use of bcdedit.exe to disable automatic repair and ignore errors when booting:

Lastly, also opening up notepad.exe to display the ransom note with instructions to the victim on how to pay:

Rapid7 has detections in place within InsightIDR through Insight Agent to detect this type of ransomware activity. However, since the malicious actor is rebooting into safemode minimal state, endpoint protection software and networking will not be running while the endpoint is executing ransomware.

So, identifying the actions of a malicious actor before ransomware is deployed is crucial to preventing the attack. In other words, it is essential to identify malicious actors within the environment and eject them before the ransomware payload is dropped.

The following detections are now available InsightIDR to identify this attacker behavior. 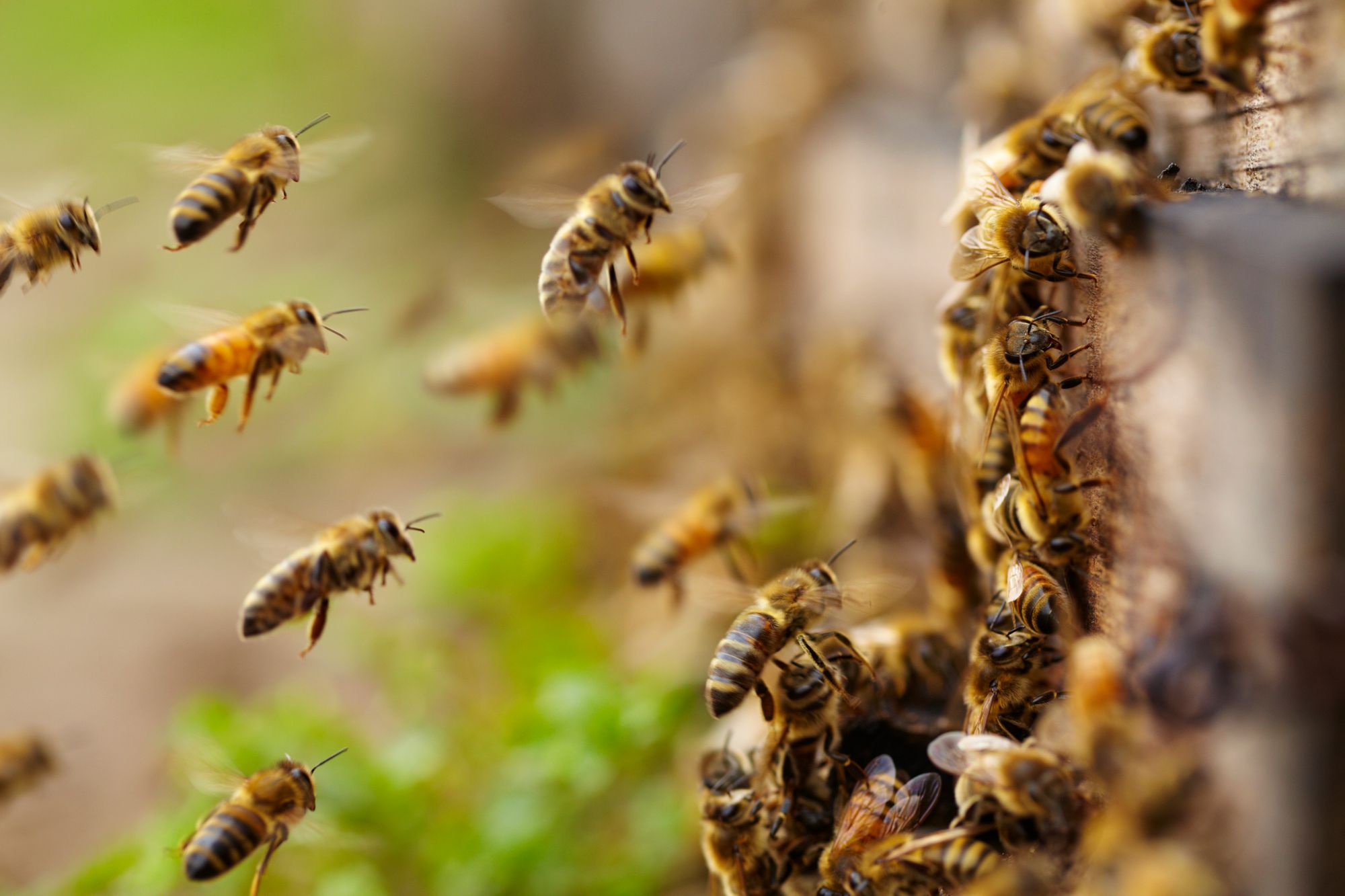