How To Run Rsyslog in a Docker Container for Logging

I’ve been playing around with Docker this morning (read as I have followed their 15 min tutorial and have installed it on an Ubuntu instance – so I’m not quite the expert yet). I was initially interested in figuring out what log management looks like for any Docker users out there.

From first look, Docker has a “logs” command that will fetch the logs from a container. You can run this via the docker daemon and it will  captures all the stdout/stderr from the process you’re running:

I ran the ‘hello world daemon’ example, routed the output to a log file and even managed to send the events to Logentries using the Logentries agent on my Ubuntu host that was running the Docker container. 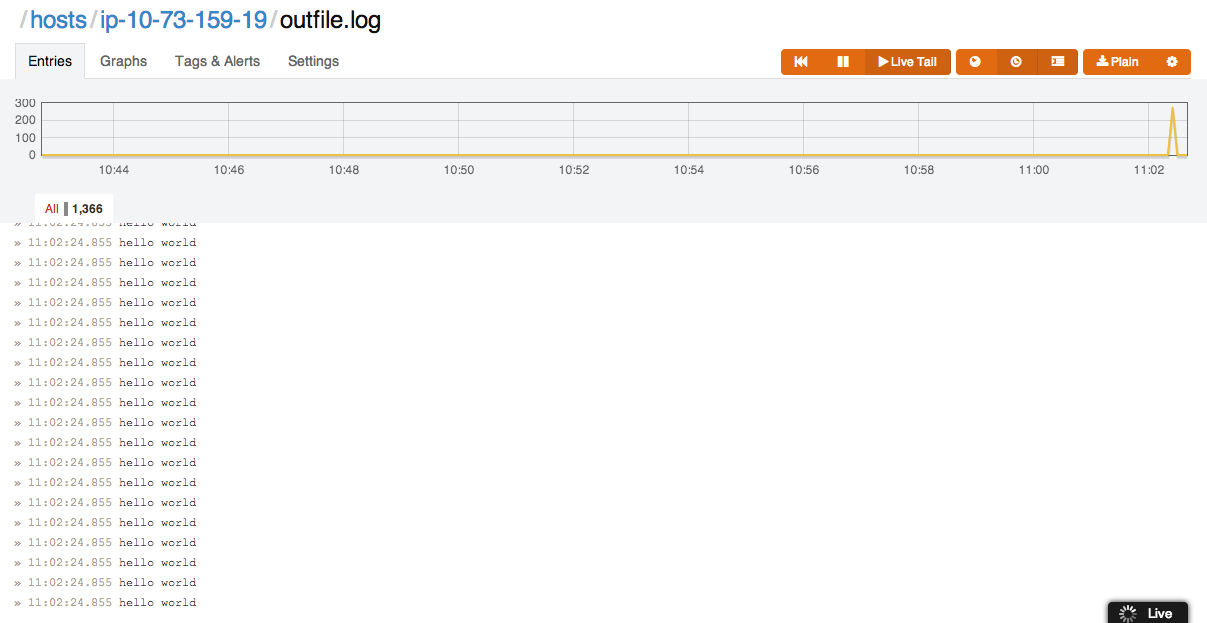 However, using the Docker “logs” command  is a little primitive, as  every time you run docker logs container_id you get all the logs of that process from the beginning.

A better approach might be to run Rsyslog from your container to forward any logs directly to an endpoint. One of our clever engineers put together a quick Dockerfile for me to test this out. (Thanks Chris!)

And what it does:

To test this out I cloned Chris’ git repo,

Then ran the following commands, which builds the Docker image, launches the container and attaches to the container instance:
$ cd le-docker<br></br>
$ sudo docker build -t le/example .<br></br>
$ sudo docker run -i -t le/example /bin/bash<br></br>```
I next opened the logentries.conf file and added my Logentries log token of a new “token based” log that I created in my Logentries UI: 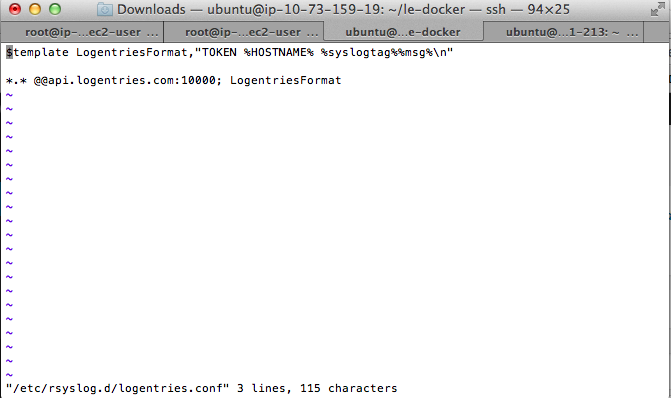 Finally I started Rsyslog, and created some test events using the “logger” command.

Now I see logs streaming into Logentries from my Docker container via Rsyslog!!!