By Mike Cohen and Carlos Canto

Rapid7 is excited to announce the release of version 0.6.7 of Velociraptor – an advanced, open-source digital forensics and incident response (DFIR) tool that enhances visibility into your organization’s endpoints. This release has been in development and testing for several months and features significant contributions from our community.  We are thrilled to share its powerful new features and improvements.

In this release, the NTFS parser was improved significantly. The main areas of development focused on better support for NTFS compressed and sparse files as well as improved path reconstruction.

In NTFS, there is a Master File Table (MFT) containing a record for each file on the filesystem. The MFT entry describes a file by attaching several attributes to it. Some of these are $FILE_NAME attributes representing the names of the file.

In NTFS, a file may have multiple names. Normally, files have a long file name and a short filename. Each $FILE_NAME record also contains a reference to the parent MFT entry of its directory.

When Velociraptor parses the MFT, it attempts to reconstruct the full path of each entry by traversing the parent MFT entry, recovering its name, etc. Previously, Velociraptor used one of the $FILE_NAME records (usually the long file name) to determine the parent MFT entry. However, this is not strictly correct, as each $FILE_NAME record can be a different parent directory. This surprising property of NTFS is called hard links.

You can play with this property using the fsutil program. The following adds a hard link to the program at C:/users/test/downloads/X.txt into a different directory.

The same file in NTFS can exist in multiple directories at the same time by use of hard links. The filesystem simply adds a new $FILE_NAME entry to the MFT entry for the file pointing at another parent directory MFT entry.

Therefore, when scanning the MFT, Velociraptor needs to report all possible directories in which each MFT entry can exist – there can be many such directories, since each directory can have its own hard links.

As a rule, an MFT Entry can represent many files in different directories!

When Velociraptor attempts to reassemble the path from an unallocated MFT entry, it might encounter an error where the parent MFT entry indicated has already been used for some other file or directory.

In the latest release, Velociraptor is more strict in reporting parents of unallocated MFT entries, also ensuring that the MFT sequence numbers match. If the parent’s MFT entry sequence number does not match, Velociraptor’s path reconstruction indicates this as an error path.

The offline collection and encryption

Velociraptor’s offline collector is a pre-configured Velociraptor binary, which is designed to be a single shot acquisition tool. You can build an Offline Collector by following the documentation. The Offline Collector does not require access to the server, instead simply collecting the specified artifacts into a zip file (which can subsequently be uploaded to the cloud or simply shared with the DFIR experts for further analysis).

Previously, Velociraptor only supported encrypting the zip archive using a password. This is problematic because the password had to be embedded inside the collector configuration and so could be viewed by anyone with access to the binary.

This is extremely important for forensic collections since these will often contain sensitive and PII information.

Using this new feature is also extremely easy: One simply selects the X509 encryption scheme during the configuration of the offline collector in the GUI.

Velociraptor will generate a random password to encrypt the zip file, and then encrypt this password using the X509 certificate.

Since the ZIP standard does not encrypt the file names, Velociraptor embeds a second zip called data.zip inside the container. The above illustrates the encrypted data zip file and the metadata file that describes the encrypted password.

Originally, the offline collector feature was designed as a way to collect the exact same VQL artifacts that Velociraptor allows in the usual client-server model in situations where installing the Velociraptor client was not possible. The same artifacts can be collected into a zip file.

As Velociraptor’s post processing capabilities improved (using notebooks and server side VQL to enrich the analysis), people naturally wanted to use Velociraptor to post process offline collections too.

Previously, Velociraptor did have the Server.Utils.ImportCollection artifact to allow an offline collection to be imported into Velociraptor. But this did not work well because the offline collector simply did not include enough information in the zip file to sufficiently emulate the GUI’s collection views.

In the recent release, the offline collector was updated to add more detailed information to the collection zip, allowing it to be easily imported.

Velociraptor has previously had the ability to export collections and hunts from the GUI directly, mainly so they can be processed by external tools.

But there was no way to import those collections back into the GUI. We just never imagined this would be a useful feature!

Recently, Eric Capuano from ReconInfosec shared some data from an exercise using Velociraptor. People wanted to import into their own Velociraptor installations so they could run notebook post processing on the data themselves.

Our community has spoken though! This is a useful feature!

In the latest release, exported files from the GUI use the same container format at the offline collector, and therefore can be seamlessly imported into a different Velociraptor installation.

When collecting files from the endpoint using the NTFS accessor, we quite often encounter sparse files. These are files with large unallocated holes in them. The most extreme sparse file is the USN Journal.

In the above example, the USN journal size is reported to be 1.3 GB but in reality only about 40 MB is occupied on disk. When collecting this file, Velociraptor only collects the real data and marks the file as sparse. The zip file will contain an index file which specifies how to reassemble the file into its original form.

While Velociraptor stores the file internally in an efficient way, when exporting the file for use by other tools, they might expect the file to be properly padded out (so that file offsets are correct).

Velociraptor now allows the user the choice of exporting an individual file in a padded form (with sparse regions padded). This can also be applied to the entire zip export in the GUI.

For very large sparse files, it makes no sense to pad so much data out – some USN journal files are in the TB region. So, Velociraptor implements a limit on padding of very sparse files.

To illustrate this problem consider the Windows.Registry.Sysinternals.Eulacheck artifact which checks the keys in HKEY_USERS\*\Software\Sysinternals\* for the Sysinternals EULA value.

In previous versions of Velociraptor, this artifact simply used the windows API to check these keys/values and completely missed any users that were not logged in.

While this issue is known, users previously had to employ complex VQL to customize the query so it could search the raw NTUSER.DAT files in each user registry. This is more difficult to maintain since it requires two separate types of artifact for the same indicator.

With the advent of Velociraptor’s dead disk capabilities, it is possible to run a VQL query in a “virtualized” context consisting of a remapped environment. The end result is that the same VQL query can be used to run on raw registry hives. It is now trivial to apply the same generic registry artifact to a raw registry parse.

All that is required to add raw registry capabilities to any registry artifact is:

If you’re interested in the new features, take Velociraptor for a spin by downloading it from our release page. It’s available for free on GitHub under an open-source license.

As always, please file bugs on the GitHub issue tracker or submit questions to our mailing list by emailing velociraptor-discuss@googlegroups.com. You can also chat with us directly on our Discord server.

Learn more about Velociraptor by visiting any of our web and social media channels below: 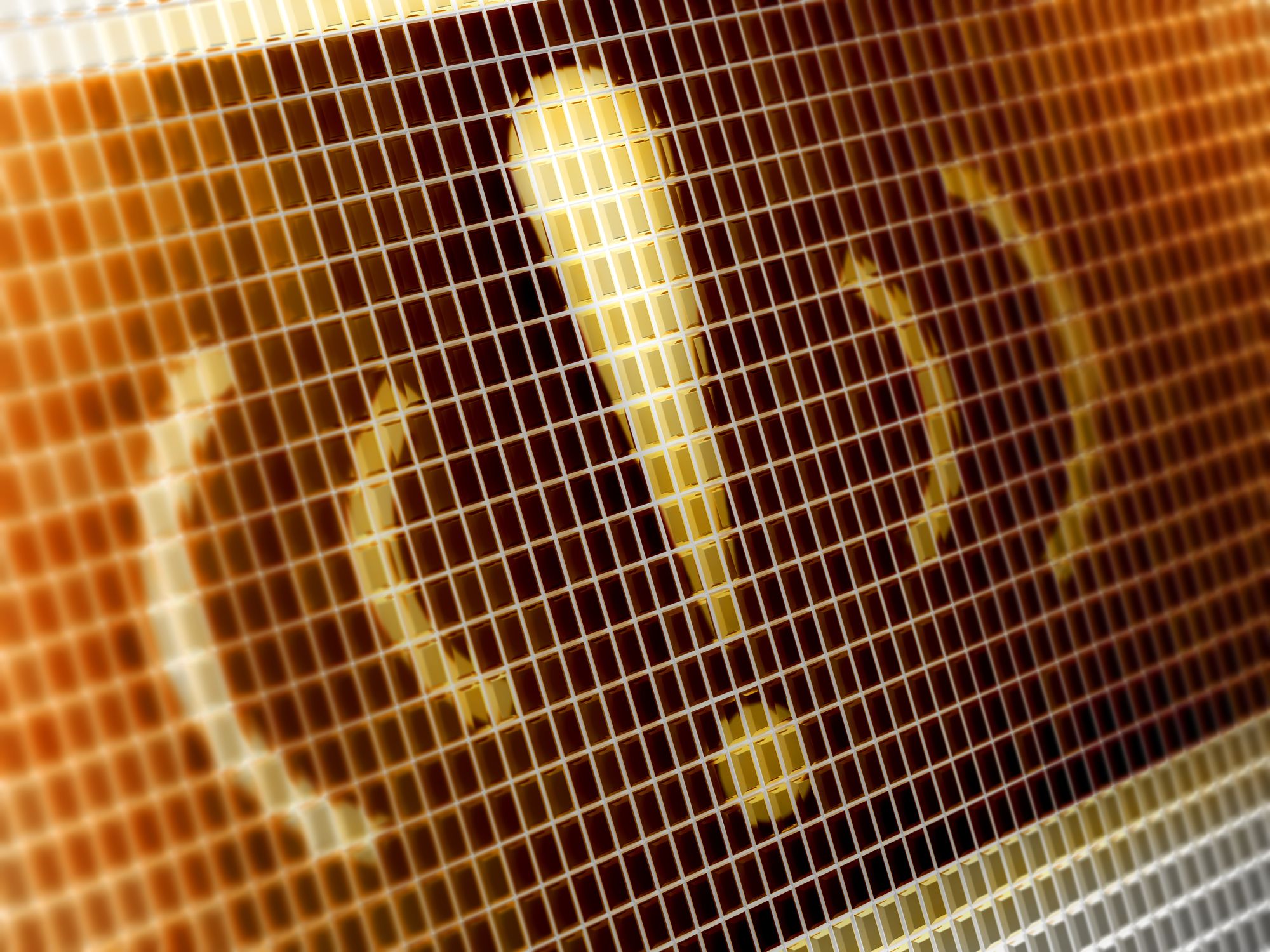